Asteroid 2018 VP₁ may be heading for Earth. But there’s no need to worry

Social media around the world lit up over the weekend, discussing the possibility that an asteroid (known as 2018 VP₁) could crash into Earth on November 2.

It seemed only fitting. What better way to round off a year that has seen catastrophic floods, explosions, fires, and storms – and, of course, a global pandemic?

But you can rest easy. The asteroid does not pose a threat to life on Earth. Most likely, it will sail harmlessly past our planet. At worst, it will burn up harmlessly in our atmosphere and create a firework show for some lucky Earthlings.

So, what’s the story?

Our story begins a couple of years ago, on November 3, 2018. That night, the Zwicky Transient Facility at Palomar Observatory in Southern California discovered a faint new “near-Earth asteroid” – an object whose orbit can approach, or cross, that of our planet.

At the time of its discovery, 2018 VP₁ was roughly 450,000 kilometres from Earth – a little farther than the average distance between Earth and the Moon (around 384,000km).

The asteroid was very faint, and hard to spot against the background stars. Astronomers were only able to watch it for 13 days, before it was too far from Earth to see.

Read more: An asteroid just buzzed past Earth, and we barely noticed in time

Based on that short series of observations, it became clear the asteroid is a kind of near-Earth object called an “Apollo asteroid”.

Apollo asteroids spend most of their time beyond Earth’s orbit, but swing inward across our planet’s orbit at the innermost part of their journey around the Sun. 2018 VP₁ takes two years to go around the Sun, swinging just inside Earth’s orbit every time it reaches “perihelion” (its closest approach to our star).

Because 2018 VP₁’s orbit takes almost exactly two years, in 2020 (two years after discovery), it will once again pass close to Earth.

But how close will it come? Well, that’s the million-dollar question.

Anything from a collision to a very distant miss …

To work out an object’s exact path through the Solar system, and to predict where it will be in the future (or where it was in the past), astronomers need to gather observations.

We need at least three data points to estimate an object’s orbit – but that will only give us a very rough guess. The more observations we can get, and the longer the time period they span, the better we can tie down the orbit.

And that’s why the future of 2018 VP₁ is uncertain. It was observed 21 times over 13 days, which allows its orbit to be calculated fairly precisely. We know it takes 2 years (plus or minus 0.001314 years) to go around the Sun. In other words, our uncertainty in the asteroid’s orbital period is about 12 hours either way.

That’s actually pretty good, given how few observations were made – but it means we can’t be certain exactly where the asteroid will be on November 2 this year.

What does that mean for Earth? Well, it turns out the closest approach between the two this year will be somewhere between a direct hit and an enormous miss – with the asteroid coming no closer than 3.7 million km!

We can also work out the likelihood the asteroid will hit Earth during this close approach. The odds are 0.41%, or roughly 1 in 240. In other words, by far the most likely outcome on November 2 is the asteroid will sail straight past us.

But what if it did hit us?

As the great Terry Pratchett once wrote, “Million-to-one chances crop up nine times out of ten”. But have you ever heard someone say “It’s a 240-to-1 chance, but it might just work?”

So should we be worried?

Well, the answer here goes back to how hard it was to spot 2018 VP₁ in the first place. Based on how faint it was, astronomers estimate it’s only about 2 metres across. Objects that size hit Earth all the time.

Bigger asteroids do more damage, as we were spectacularly reminded back in February 2013, when an asteroid around 20 metres across exploded in the atmosphere above the Russian city of Chelyabinsk.

The Chelyabinsk airburst was spectacular, and the shockwave damaged buildings and injured more than 1,500 people. But that was an object ten times the diameter of 2018 VP₁ – which means it was probably at least 1,000 times heavier, and could penetrate far further into the atmosphere before meeting its fiery end.

2018 VP₁ is so small it poses no threat. It would almost certainly burn up harmlessly in our atmosphere before it reached the ground. Most likely, it would detonate in an “airburst”, tens of kilometres above the ground – leaving only tiny fragments to drift down to the surface.

If 2018 VP₁ is particularly robust (a chunk of a metal asteroid, rather than a stony or icy one), it could make it to the ground – but even then, it is way too small to cause significant damage.

Having said that, the fireball as the asteroid entered Earth’s atmosphere would be spectacular. If we were really lucky, it might be captured on camera by the Global Fireball network (led by Curtin University).

With images of the fireball from several cameras, researchers could work out where any debris might fall and head out to recover it. A freshly fallen meteorite is a pristine fragment from which we can learn a great deal about the Solar system’s history.

It’s no wonder in a year like this that 2018 VP₁ has generated some excitement and media buzz.

But, most likely, November 3 will come around and nothing will have happened. 2018 VP₁ will have passed by, likely unseen, back to the depths of space.

Even if Earth is in the crosshairs, though, there’s nothing to worry about. At worst, someone, somewhere on the globe, will see a spectacular fireball – and people in the US might just get to see some spectacular pre-election fireworks.

Or to put it another way: “It’s the end of the world as we know it, and I feel fine”. 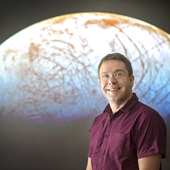 Guest Author
Share
Facebook
Twitter
Pinterest
WhatsApp
Linkedin
Email
Print
Previous articleThe government has thrown another $171 million at the problem. But a real plan for aged care has been missing all along
Next articleHow to Find Your Perfect Wedding Photographer