Home CONTRIBUTORS/BLOGGERS Should Australians be worried about waiting for a COVID vaccine when the...

The news that Pfizer’s COVID-19 vaccine has gained emergency approval in the United Kingdom and may be distributed to selected high-risk groups as early as next week is welcome.

Headlines also suggest people in the United States and some other European countries could start being vaccinated before the end of the year.

For instance, a US Food and Drug Administration (FDA) advisory committee is set to discuss the Pfizer vaccine on December 10 with a subsequent decision within a few weeks. And following the UK approval, there are reports the White House is putting pressure on the FDA to move faster.

However, Australia is set to wait until March for priority groups to be vaccinated, according to Federal Health Minister Greg Hunt. So why do Australians have to wait three months? And is that a worry?

According to Australia’s own drug regulator, the Therapeutic Goods Adminstration (TGA), the UK has provided an “emergency use” authorisation for the Pfizer vaccine, rather than going through the usual approval process. This emergency approval is temporary and is for a limited number of specific batches of the vaccine.

Meanwhile, the TGA says it continues to assess the safety and efficacy of the Pfizer vaccine as that information is submitted, and is working with regulators around the world to discuss vaccine development.

Hunt said that despite the Pfizer news in the UK, Australia’s plans have not changed:

Our advice remains that the timeline for a decision on approval is expected by the end of January 2021, and our planning is for first vaccine delivery in March 2021.

Read more: 90% efficacy for Pfizer’s COVID-19 mRNA vaccine is striking. But we need to wait for the full data

One reason Australia might be able to afford to wait is that we are not facing the same acute public health emergency as the US, UK and some European countries.

The US is recording almost 200,000 new cases a day, and the UK more than 10,000. Here in Australia, there have only been about 28,000 people infected since March. There are currently hardly any cases of community transmission and since the end of October only one person has died.

There are also differences in how drug regulators around the world assess drug safety and efficacy.

In usual times, the TGA is about 120 days slower in approving drugs than the FDA. However, most studies show that there have been more safety problems with drugs fast-tracked by the FDA compared with drugs approved via its usual regulatory process.

The TGA is planning to use its provisional approval pathway which should speed up the process, but by how much is still a guess.

How fast is too fast? This is also unclear. The European Medicines Agency has criticised the UK’s quick emergency approval and said its own procedure relies on more evidence and checks.

There are many stages ahead

Regardless of the timing of regulatory approval, COVID vaccines still need to be made (and depending on the vaccine, imported), then distributed.

While all eyes are on the Pfizer vaccine at the moment, this is one of four for which the Australian government has agreements in place, should they prove safe and effective. Some of these vaccines are still in clinical trials.

Australia has also signed up for a shot at several other vaccines as part of the World Health Organization-backed COVAX agreement, should these prove safe and effective. Again, many of these are still in clinical trials.

Read more: What do we know about the Novavax and Pfizer COVID vaccines that Australia just signed up for?

Finally, people still need to be willing to be vaccinated. An analysis of the Facebook page of the Australian Vaccination Risks Network, one of the country’s most prominent anti-vaccination groups, shows that since the start of the pandemic its page has attracted 36,962 likes and 32,350 comments; its posts have been shared 29,429 times.

In the meantime (and even for some time after vaccination), we will still need to wear masks when appropriate, physically distance and wash our hands. No vaccine will end the pandemic instantly.

So, should Australians be worried about the delay?

We don’t yet have long-term information about how long immunity will last and how common or serious any side-effects might be. There simply hasn’t been enough time. This might be less important in an emergency situation, but Australia is no longer in an emergency.

Many of us can’t wait to open up to the world and it’s hard to remain patient. But Melburnians, with their second lockdown, have taught us a lot about patience this year.

Perhaps we owe it to them to do our bit for the health of all Australians, accepting that time is a necessary part of good decision-making and planning.

And that involves waiting for a safe and effective vaccine to help us return to something resembling normal life. 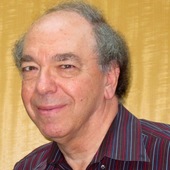 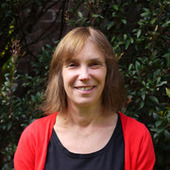 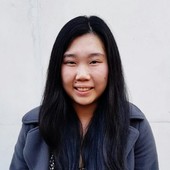 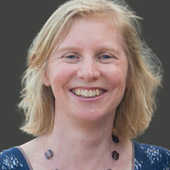 In 2017-2020, Joel Lexchin received payments for being on a panel at the American Diabetes Association, for talks at the Toronto Reference Library, for writing a brief in an action for side effects of a drug for Michael F. Smith, Lawyer and a second brief on the role of promotion in generating prescriptions for Goodmans LLP and from the Canadian Institutes of Health Research for presenting at a workshop on conflict-of-interest in clinical practice guidelines. He is currently a member of research groups that are receiving money from the Canadian Institutes of Health Research and the Australian National Health and Medical Research Council. He is a member of the Foundation Board of Health Action International and the Board of Canadian Doctors for Medicare. He receives royalties from University of Toronto Press and James Lorimer & Co. Ltd. for books he has written.

Barbara Mintzes receives research funding from Australia’s National Health and Medical Research Council (NHMRC) and is co-principal investigator on a research project funded by the Canadian Institutes of Health Research (CIHR). She is an expert witness for Health Canada on a legal case concerning marketing of an unapproved drug. She is a member of a non-profit associations supporting access to essential medicines and public interests in pharmaceutical policy, Health Action International (HAI-Europe) and of Association Mieux Prescrire, a French non-profit association that produces an independent drug bulletin, La Revue Prescrire (English version: Prescrire International).

Kellia Chiu is a PhD candidate at The University of Sydney and is supported by the university’s PhD Scholarship in the Community Pharmacy — Research into Policy.