If you’ve caught a long haul flight recently, you generated more carbon emissions than a person living in some developing countries emits in an entire year.

If that fact doesn’t ruffle you, consider this: worldwide, 7.8 billion passengers are expected to travel in 2036 – a near doubling of current numbers. If business as usual continues, one analysis says the aviation sector alone could emit one-quarter of the world’s remaining carbon budget – the amount of carbon dioxide emissions allowed if global temperature rise is to stay below 1.5℃.

The world urgently needs a transport system that allows people to travel around the planet without destroying it.

A group of European climate activists are sending this message to world leaders by sailing, rather than flying, to a United Nations climate conference in Chile in December.

The Sail to the COP initiative follows Greta Thunberg’s high-profile sea voyage to attend last month’s United Nations climate summit in New York. The activists are not arguing global yacht travel is the new normal – in fact therein lies the problem. We need to find viable alternatives to fossil-fuelled air travel, and fast.

Read more: Get set for take-off in electric aircraft, the next transport disruption

A study conducted for the European Parliament has warned that if action to reduce flight emissions is further postponed, international aviation may be responsible for 22% of global carbon emissions by 2050 – up from about 2.5% now. This increasing share would occur because aviation emissions are set to grow, while other sectors will emit less.

In Australia, aviation underpins many aspects of business, trade and tourism.

The below image from global flight tracking service Flightradar24 shows the number of planes over Australia at the time of writing.

The number of passenger movements from all Australian airports is set to increase by 3.7% a year by 2030-31, to almost 280 million.

To change, start with a jet fuel tax

While airlines are taking some action to cut carbon emissions, such as introducing newer and more fuel efficient aircraft, the measures are not enough to offset the expected growth in passenger numbers. And major technological leaps such as electric aircraft are decades away from commercial reality.

Emissions from international flights cannot easily be attributed to any single country, and no country wants to count them as their own. This means that international civil aviation is not regulated under the Paris Agreement. Instead, responsibility has been delegated to the International Civil Aviation Organisation (ICAO).

The Sail to the COP initiative is calling for several actions. First, they say jet fuel should be taxed. At present it isn’t – meaning airlines are not paying for their environmental damage. This also puts more sustainable transport alternatives, which do pay tax, at a disadvantage.

Research suggests a global carbon tax on jet fuel would be the most efficient way to achieve climate goals.

But instead, in 2016 ICAO established a global scheme for carbon offsetting in international aviation. Under the plan, airlines will have to pay for emissions reduction in other sectors to offset any increase in their own emissions after 2020.

Critics say the strategy will not have a significant impact – pointing out, for example, that the aviation industry is aiming to only stabilise its emissions, not reduce them.

In contrast, the international shipping sector has pledged to halve its emissions by 2050, based on 2008 levels. Some small shipping companies are even using zero-emissions sail propulsion as a sustainable means of cargo transport.

Sail to the COP is also seeking to promote other sustainable ways of travelling such as train, boat, bus or bike. It says aviation taxes are key to this, because it would encourage growth in other transport modes and make it easier for people to to make a sustainable transport choice.

A growing number of people around the world are already making better choices. In Thunberg’s native Sweden for example, the term “flygskam” – or flight shame – is used to describe the the feeling of being ashamed to take a flight due to its environmental impact. The movement has reportedly led to a rising number of Swedes catching a train for domestic trips.

Can we sail beyond nostalgia?

Many will dismiss the prospect of a revival in sea travel as romantic but unrealistic. And to some extent they are right. Sailing vessels cannot meet current demand in terms of speed or capacity. But perhaps excessive travel consumption is part of the problem.

The late sociologist John Urry has outlined a number of possible futures in a world of oil scarcity.

One is a shift to a low-carbon, and low-travel, society, in which we would “live smaller, live closer, and drive less”. Urry argues we may be less rich, but not necessarily less happy.

Meantime, the challenges for passenger ocean travel remain many. Not least, it can be slow and uncomfortable – Thunberg likened it to “camping on a rollercoaster”.

But one Sail to the COP organiser, Jeppe Bijker, thinks it’s an option worth exploring. He developed the Sailscanner tool where users can check if sailing ships are taking their desired route, or request one.

A trip from the Netherlands to Uruguay takes 69 days, at an average speed of 5km/hour.

But the site also lists the advantages. You can travel to faraway places without creating a huge carbon footprint. You have time to relax. And out on the open water, you experience the magnitude of the Earth and seas. 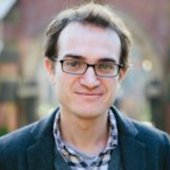 The internet is terrible at answering most tough questions. Our ‘wisdom...

To protect press freedom, we need more public outrage – and...

Dangerous to human health: that’s a housing problem much bigger than...