Over the weekend, tens of thousands of people gathered in Melbourne to protest vaccine mandates and the Victorian government’s proposed pandemic bill.

While the latest protests were relatively peaceful, they have followed a week of similar gatherings whose language and symbolism were at times violent. The protesters are a mix of groups, but the movement is riddled with far-right and alt-right extremists who, with their growing reach through social media and in the context of developments in the United States and Europe, pose one of the more significant challenges to Australian democracy in recent memory.

Read more: ‘It’s almost like grooming’: how anti-vaxxers, conspiracy theorists, and the far-right came together over COVID

Who are the protesters?

This is not an easy question to answer because it is a complex gathering of groups.
Some are simply responding to what they see as over-reach by the state on its pandemic bill or its vaccine mandates.

However, as we’ve seen with the anti-lockdown protests during the course of the pandemic, this is a movement grounded in anger and resentment. These are people who feel a deep sense of powerlessness and frustration: they may have lost their jobs, been cut off from family and friends, and they may be deeply suspicious of, if not outright hostile to, the vaccines. To them, these protests might be empowering at a time when they feel completely disempowered and forgotten.

But there is no doubt that, at the heart of the protests – their ideological roots, so to speak – are extremism and conspiracy theories. An analysis of their online activity and forums, as well as the imagery and language of the protests themselves, offers plenty of evidence of this.

Central to it is a deep distrust of science, a strong belief in conspiracies, including the notion of “big pharma” driving public policy, and a new world order of evil “liberal elites” who abuse children and rule over global affairs. QAnon is probably the best-known group associated with that thinking. There is also an embedded spiritual framing, patriotism and most alarmingly, anti-semitism that intersects with these far-right narratives.

One of the most important features of all this is the nuance with which it is carried out. It is a movement reliant on symbolism, hand signals, and single-word slogans such as “qui?” (French for “who?”) to get the message across.

This is all cloaked in patriotic symbology, with the Australian flag highly visible at the marches and patriotic folk songs sung over loudspeakers.

There are certainly far-right extremists at the Melbourne rallies. So why Melbourne? It may be, to a large extent, because Victoria in general, and Melbourne in particular, have borne the harshest of the lockdowns during the two years of the pandemic. But these groups are around the country, and are watching what is happening in Victoria in the hope of feeding off it.

What do they want?

Again, this is hard to know, exactly, and there will be diverse views within the protest groups. Some want simple actions: the end of vaccine mandates or the destruction of the pandemic bill. These are, of course, legitimate democratic aims whether others agree with them or not. For some, the protest is the point, offering them a sense of solidarity and belonging.

However for others, including the numerous members of far right groups pictured at the protests, steering the protests toward more extreme language, actions and recruiting from among those attending are key aims. They are often supported by so-called “citizen journalists” who are themselves closely aligned with far-right ideologies.

Direct from the US

These protests are deeply connected to what is happening in the US, the roots of which stretch back to far-right groups gaining momentum in the aftermath of the Global Financial Crisis (GFC) of 2007-08. They were then further encouraged by the Trump campaign and presidency. Through social media, their ideas and symbolism have been transported to Australia.

Even a cursory glance at encrypted messaging apps reveals many of those involved in planning and coordinating the Melbourne protests draw direct inspiration from events in the United States, including the January 6 Capitol insurrection.

Politicians and commentators have expressed outrage at the parading of a noose at the Victorian parliament last week, yet this was drawn directly from events on January 6, when protesters threatened to hang the US vice-president as a traitor.

Violent language at the Victorian protests, such as threats to kill Premier Dan Andrews, borrow heavily from far-right American literature and rhetoric, which suggests “traitors” will soon meet their end.

Read more: Why do some people delay getting vaccinated or pretend COVID doesn’t exist? Paradoxically, denial of death

It’s hard to say whether this movement is growing: it’s certainly gaining momentum through these protests, and gaining a potential base of recruitment.

But the question is how many people at these protests would still go if they knew who they were marching alongside?

Certainly, counter-terrorism police will be looking closely at all this activity, especially threats of violence against politicians and others. They will also be interested in attempts by far-right groups to recruit new members.

We now find ourselves in a highly polarised political landscape driven by two years of severe lockdown, and the politicisation of the pandemic. On the one hand, government disaster management approaches need to better account for the ways that governance in a time of crisis plays into the hands of violent extremists.

There are also important political solutions. As unlikely as it seems at this point, what we really need is a bipartisan political approach that addresses legitimate concerns while shutting down extremist and violent activity. The two have become so entangled, it is by no means an easy task, but it is an essential one.

The protests should have a sobering effect on leaders of good sense who care about democracy. As we head into a federal election year in 2022, we are seeing the pre-conditions for fringe politicians with extremist views to be elected and hold the balance of power in parliament, by doing or saying whatever it takes to hold that power.

In that respect, if developments in the United States are any measure, Australian democracy is facing one of the greatest threats it has ever known. Those of good faith need to ensure they reaffirm the fundamental values of citizenship, democracy and peace, while allowing open debate on issues of contention and concern. 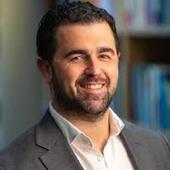