In the long dark tunnel that has been 2020, November stands out as the month that light appeared. Some might see it as a bright light, others as a faint light – but it is unmistakably a light.

On November 9, Pfizer announced the interim results of its candidate vaccine, showing it to be “more than 90% effective” in preventing symptomatic COVID-19 in late-stage human trials. The news was greeted with joy.

The latest COVID-19 vaccine announcement comes from Oxford University. And, as with all of the above announcements, it came via press release. Its vaccine candidate, developed in partnership with AstraZeneca, showed an overall effectiveness of 70.4%.

It’s not immediately clear why this is the case. Professor Andrew Pollard, one of the lead researchers on the project, described the results as “intriguing”. He also highlighted that the use of lower doses means that there would be more vaccine doses available.

There were no cases of severe COVID-19 in those who received the vaccine. And it seems to generate a protective immune response in older people. Although we’ll have to wait for the final breakdown of results to get clarification on that.

Effectiveness is not the only measure

Despite the Oxford vaccine having lower overall effectiveness than the Pfizer or Moderna vaccines – at least at this interim stage – there are other success factors to consider. Safety is one, and the Oxford vaccine is so far reported to have a good safety record with no serious side-effects.

Another crucial factor is storage. The Oxford vaccine can be stored in a domestic fridge. The need for sustained freezing across the whole vaccine journey from factory to clinic at ultra-low temperatures – as seen with the Pfizer vaccine – may be a problem for many countries, but especially poorer countries.

The Oxford vaccine, based on a viral vector, is also cheaper (around US$4) than Pfizer and Moderna’s mRNA vaccines – around US$20 and $33, respectively. AstraZeneca has made a “no profit pledge”.

As I have previously discussed, equitable distribution of new vaccines is vital, especially for low- and middle-income countries who don’t have the profile or purchasing power of wealthier countries. GAVI – a global health partnership that aims to increase access to immunisation in poor countries – has worked for years to address this very point. It set up the COVAX initiative in 2020, which has access to 700 million doses of COVID vaccine if clinical trials are successful.

These commitments will clearly not be enough for immediate global coverage, but it is an excellent start. Around 9% of the world’s population live in extreme poverty, and the health systems around them are fragile. With promises for equitable vaccine distribution, there is hope that the poorer populations around the world will not be forgotten. The global health community must keep its focus on this area.

What does this announcement mean for the world? Potentially a huge amount. But remember that the trials are not yet complete and, at the time of writing, the regulators have yet to approve any of the new vaccine candidates. Even when those hurdles are cleared, we still need to vaccinate the world, which requires successfully navigating the complex obstacles of distance, terrain, politics, cold-chain logistics and human behaviour.

The global pandemic is not over and won’t be for a long time yet – but the light is getting brighter. 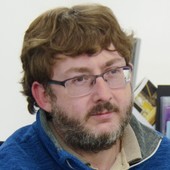 Michael Head is an employee of the University of Southampton, which is part of the Oxford-led vaccine trials. Michael is not involved in the study. He has previously received funding from the Bill & Melinda Gates Foundation, and the UK Department for International Development.