Many sports stars are, rightly or wrongly, held up as role models. In the case of Novak Djokovic, we have a set of powerful factors at play.

On one side is a tennis superstar who is unvaccinated and has raised concerns about receiving the vaccination. On the other side is a government which believes Djokovic’s presence in Australia will have a serious negative effect on public health orders and future vaccination levels.

Today, the full Federal Court, in a unanimous judgement, dismissed Djokovic’s application to overturn the cancellation of his visa. It is not surprising he lost his case. Although the evidence used by the immigration minister to cancel the visa was not overwhelmingly strong, the breadth of his powers under the Migration Act made it very difficult to successfully challenge his findings.

But the legal issues raised by this case do not end here. What are the broader implications of the government’s approach in future cases involving high-profile “anti-vaxxers” or people who may be seen as a risk to Australia’s social order?

Although the government may be very happy about this result, I would question whether this is a workable precedent to set for other sportspeople, or indeed anyone, who may be seen as posing a risk to the public interest of Australia.

Deportation of a person because of a purported risk as to how others might perceive them and then act sets a terrible precedent. It can and will be used in the future to justify the suppression of legitimate political expression because others might engage in unrest. #djokovic

What the government claimed

The immigration minister has the power to cancel a visa if he or she is satisfied a person’s presence in Australia might be a risk to the health, safety or good order of Australia and the cancellation is in the public interest.

The use of the word “might” is important – the minister does not need to show Djokovic would pose a risk, only that he may do so.

When cancelling Djokovic’s visa on Friday, Immigration Minister Alex Hawke reasoned the tennis player’s conduct and stance against vaccination may encourage others to emulate him by reason of his high profile and status.

There were two issues with the ministerial statement which were discussed at some length in the full Federal Court:

Djokovic’s lawyers made some very compelling arguments about Hawke’s reasoning. Put simply, the lawyers said the minister had two choices:

They argued it was irrational for Hawke to only question the effect Djokovic’s presence would have on anti-vax sentiment in Australia and not the effect his deportation would have.

Djokovic’s lawyers also argued the minister’s findings lacked sufficient evidence to support the contention that his presence in Australia might pose a risk to the health or good order of the Australian community and the contention Djokovic had a “well-known stance on vaccination”.

Djokovic’s lawyers conceded Djokovic had previously said he was opposed to vaccinations. However, they pointed out in the BBC article he

later clarified his position by adding that he was ‘no expert’ and would keep an ‘open mind’ but wanted to have ‘an option to choose what’s best for my body’.

It is important to note this qualifying passage was not extracted by Hawke in his statement – a point Djokovic’s lawyers made in the hearing.

In response, the government argued it was reasonable to conclude Djokovic is opposed to vaccination based on his previous public statements and the fact he is known to be unvaccinated.

The government also said Hawke was not only concerned with Djokovic’s current views on vaccination, but the public perception of his views.

Further, the government said Hawke did not have to show Djokovic’s presence has fostered anti-vaccination sentiment or necessarily will foster it. All he needed to show was his presence in Australia may foster anti-vax sentiment – a relatively low threshold to reach.

Presumably, this is why Djokovic’s case failed. Although there were questions about the evidence used by Hawke, the Migration Act powers are very broad and it is difficult to challenge them based on unlawfulness.

Statement from Novak Djokovic:
"I'd like to make a brief statement to address the outcomes of today’s Court hearing. I will now be taking some time to rest and to recuperate, before making any further comments beyond this. I am extremely disappointed with the ruling" @theage

Implications for the future

While the Federal Court’s decision may be viewed as legally justified given the breadth of the cancellation powers in the Migration Act, some thought must be given to the future implications of these powers and what this means for the ability of the government to cancel other people’s visas.

The basis of Hawke’s findings seemed to be it was enough to show Djokovic is an iconic sports star who is perceived as being anti-vaccination and therefore may foster anti-vax sentiment in Australia.

I have a number of concerns with this.

First, it is unfair if the perception or actions of others can determine someone’s eligibility to remain in a country. A person may wrongly be viewed as having a particular belief and still be subject to a visa cancellation.

Second, the minister relied on Djokovic’s claimed status as a “role model” and his capacity as a high-profile sportsperson to apparently influence society. What if a sportsperson is unvaccinated, but not high-profile?

Third, and this is the most concerning point, if we extend this logic to other people, it could justify the cancellation of any individual who is seen as a “role model” and who may be perceived as causing social unrest or protests.

As legal commentators such as Kate Seear pointed out,

This kind of logic – that athletes are role models and role models can influence society […] could be extended to other athletes wanting to come here in the future, including those with diverse political views, such as supporters of Black Lives Matter and defunding police.

Lastly, the idea a person can have their visa cancelled because their views might affect the health, safety or good order of the Australian community raises issues for freedom of expression.

A wide cancellation power allows the government to stop international visitors who may have an important message to tell Australians. That would pose significant concerns for political debate in Australia. 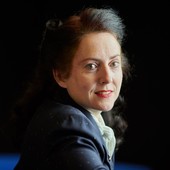 Maria O’Sullivan previously received funding from the Commonwealth Attorney-General’s Department to undertake research on automated decision-making. She also serves on the Human Rights Legal Advice Panel for the Queensland Parliament.