This weeks marks 15 years since Facebook founder Mark Zuckerberg first set up the platform with his college roommate Eduardo Saverin. Since then, Facebook has grown into a giant global enterprise.

The platform now has more than 2.32 billion monthly users and ranks fifth in terms of market value among the world’s top internet companies.

Facebook hasn’t escaped without scandal. It’s been subject to data breaches and allegations that it has failed to protect user privacy. Reports suggest that numerous Facebook users have responded to these incidents by giving up the platform.

I deleted my @facebook account a sometime ago. I kinda missed it for the newsfeed and groups. I created a new account and FB wants my photo ID. I don’t think so FB. #deletefacebook again.

But the data say otherwise. Preliminary findings from my recent research suggest that although Australian Facebook users do care about the privacy and security of their personal information, this is not enough to drive them to leave the platform.

Read more: 3 ways Facebook and other social media companies could clean up their acts – if they wanted to

One of the most prominent scandals Facebook has been caught up in involves allegations made in March 2018: that analytics company Cambridge Analytica was using personal data from Facebook users to help political parties in their election campaigns.

This, and other news stories about Facebook’s use of user data, received widespread international attention, including significant coverage in Australia. Numerous news reports claimed that large numbers of Australians were deleting their Facebook accounts as part of the #DeleteFacebook trend. As one news story contended:

Many Australians are for the first time discovering just how much Facebook knows about them and many are shocked, leading them to quit the platform.

Statistics on Australians’ use of Facebook, however, show no change in numbers since the Cambridge Analytica scandal first received public attention. There were 15 million active monthly Facebook users 12 months ago (just before the scandal erupted) and this figure remained steady over the course of the year. Facebook is still far and above the most highly used social media platform in Australia.

The study: what I wanted to know

In September and October 2018, I conducted a study involving in-depth telephone interviews with 30 Australians who were current or past Facebook users.

During the interview, the participants were asked:

In the interview questions there was no direct mention of Cambridge Analytica or any other scandal about Facebook. I wanted to see if participants spontaneously raised these events and issues in their responses.

Read more: After the ‘Facebook Files’, the social media giant must be more transparent

The benefits: it’s all about connecting

The findings show people continue to use Facebook for a wide variety of reasons. For some people, their business depended on their active Facebook use, so they could advertise their offerings and connect with potential clients:

I know that if I did delete it, I’d be harming myself and my business, so yes, so that’s kind of the main reason I keep it.

For most people, however, the key incentive was the desire to connect with family and friends. This included being able to find old friends and reconnect with them, as well as maintaining ties with current friends and family members.

Several people commented that using Facebook was the best way of knowing about the lives of their adult children, grandchildren or other young relatives.

That’s the only thing that’s kept me on there – because my kids are on there and I just want to see what they’re doing, and what and who they’re hanging around with.

For others, being part of a community (for example, a health-related group) was an important way of alleviating isolation and loneliness.

These comments suggest Facebook is an important tool to support social interactions in a world in which people are more dispersed and physically separated from friends and family.

The drawbacks: mundane trivia, too many ads

The drawbacks of being on Facebook reported by participants included feeling annoyed by aspects such as having to see other people’s mundane trivia, random friend requests or too many ads:

Sometimes there’s a lot of nonsense that goes up on there, people posting you don’t want to get involved in, or I think it’s stupid or rude or whatever it may be.

Some people also talked about not liking feeling that you are being watched, and their anxiety about their personal information being accessed and identity theft or bank details being stolen. However, these issues were not considered serious enough for them to leave Facebook.

Apart from targeted advertising, most people were unsure how Facebook might use their personal information. Very few participants mentioned the Cambridge Analytica scandal or related issues, such as the use of Facebook for political campaigning or to disseminate “fake news”. Even when they did refer to these issues, they had difficulty explaining exactly how personal data were involved:

Well, I know Facebook collected the data for that Cambridge business and they collected it via a quiz with an app, and then passed it on to other parties. So I think that’s all they do. I think it’s just maybe for them to earn money off it. I don’t really know.

Most people thought they were careful in not revealing too much information about themselves on Facebook, and therefore protected their data. They reported engaging in practices such as avoiding uploading details about themselves, limiting their number of friends or the type of friends, blocking or unfriending people who annoyed them, clearing their history regularly and being very selective about what photos to upload (including of their children).

Several people mentioned they had recently checked and changed their privacy settings, often in response to a prompt from Facebook to do so:

I keep my personal stuff to myself, and then I share what I want to share through my friends. And I’ve got strict privacy things in place so that I only get things to people that I know, rather than people I don’t know. So that’s fine with me.

These findings show it’s not so much that Australian Facebook users don’t care about their personal data privacy and security. They do think about these issues and have their own ways of managing them.

Australians think Facebook serves them well. They consider other people’s over-sharing or having to see too many ads as more of a problem than alleged political manipulation or other misuse of their information by Facebook. 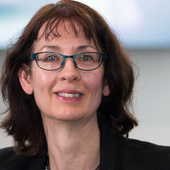 ‘Life just went to crap’: why army veterans are twice as...

Mass slaughter of wedge-tailed eagles could have Australia-wide consequences