When’s the best time to get your flu shot?

When most of us get the flu, we spend three or four days on the couch feeling miserable, then we bounce back pretty quickly. But others have more severe symptoms and need to be hospitalised because they’re at risk of life-threatening complications. Some people even die from the flu.

The size and impact of influenza seasons varies from year to year. In 2017, Australia had its worst flu season for 20 years, with at least 1,255 lives lost. The 2018 season was relatively mild, but it doesn’t seem to have ever ended – cases have been reported throughout summer and into autumn 2019.

The best way to protect against influenza is to get a flu vaccine each year. It’s not as effective as some other vaccines, but it reduces your risk of getting the flu by around 60%.

Protection often will have begun to wane four or five months later, so getting vaccinated in mid to late May, or even early June, will give you better protection at the height of the flu season. But there are number of factors to consider before deciding when to get your flu shot.

Remind me, why get a flu shot each year?

Influenza viruses change each year and the vaccine is updated to keep up with these changes. This year, for example, the vaccine protects against two different strains than the 2018 vaccine.

Our body’s immune response to the vaccine also wanes over time. So even if you were vaccinated last winter, you may no longer be fully protected 18 months later, depending on your age and your response to the last vaccination.

When does the flu vax become available?

Influenza vaccines are usually available in early April, or even in March; though you’ll generally have to pay full price for early access, even if you’re eligible for a free flu vaccine later.

In mid-April, stock starts arriving at GP clinics and pharmacies for the government’s immunisation program, which offers free flu vaccines for those most at risk of complications from influenza. This includes:

In addition, most states in Australia offer free vaccination to all other children from six months of age to five years of age.

For those not eligible for the free vaccine, influenza vaccines are available through pharmacies and GPs for between A$10 and A$25 (plus the cost of a consultation if your GP doesn’t bulk bill), or via workplace programs.

Is it good to get in early?

Getting a vaccine immediately after it becomes available will ensure you don’t miss out if there’s a vaccine shortage. And it will protect against the “summer flus” we’ve been seeing over the last few months, which are circulating earlier than normal.

But there is a potential downside. Protection against influenza peaks one to two months after you have your vaccine, and then declines. This rate of decline varies from person to person, by age, and by influenza strain.

The flu season usually reaches its peak in August or sometimes even September. So if you’re vaccinated in early April, four to five months will have passed by the time you reach the peak virus months, and you will have lower levels of protection.

Read more: Everyone can be an effective advocate for vaccination: here’s how

There are few good quality studies across all ages to measure this rate of decline accurately, although a study from 2015 showed that the measurable antibody responses to the influenza vaccine components reduced slowly.

Another study from 2014 showed the vaccine was less effective in people vaccinated three or more months earlier, adding to the evidence that protection wanes over time.

When is too late for the flu shot?

If you delay your decision to be vaccinated until July or August, when the flu season is well underway, your chance of becoming infected will significantly increase.

Mid to late May or early in June is the sweet spot between trying to maximise your protective levels of antibodies generated by vaccination and getting vaccinated before there are significant levels of influenza virus circulating.

Remember, it takes seven to ten days from the time of your flu shot for the vaccine to begin to be fully effective.

Vaccination timing is a little different for children. Those aged six months to nine years who haven’t been vaccinated against influenza before need two doses of vaccine, four weeks apart. So they will need to start their vaccination program a month earlier than adults and the elderly.

Your GP or pharmacist will advise you on the most appropriate vaccine and the best timing for you. 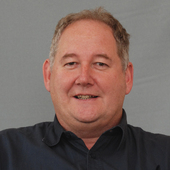 Ian Barr – [Deputy Director, WHO Collaborating Centre for Reference and Research on Influenza]