The first serious accident involving a self-driving car in Australia occurred in March this year. A pedestrian suffered life-threatening injuries when hit by a Tesla Model 3 in “autopilot” mode.

In the US, the highway safety regulator is investigating a series of accidents where Teslas on autopilot crashed into first-responder vehicles with flashing lights during traffic stops.

The decision-making processes of “self-driving” cars are often opaque and unpredictable (even to their manufacturers), so it can be hard to determine who should be held accountable for incidents such as these. However, the growing field of “explainable AI” may help provide some answers.

Who is responsible when self-driving cars crash?

While self-driving cars are new, they are still machines made and sold by manufacturers. When they cause harm, we should ask whether the manufacturer (or software developer) has met their safety responsibilities.

Modern negligence law comes from the famous case of Donoghue v Stevenson, where a woman discovered a decomposing snail in her bottle of ginger beer. The manufacturer was found negligent, not because he was expected to directly predict or control the behaviour of snails, but because his bottling process was unsafe.

By this logic, manufacturers and developers of AI-based systems like self-driving cars may not be able to foresee and control everything the “autonomous” system does, but they can take measures to reduce risks. If their risk management, testing, audits and monitoring practices are not good enough, they should be held accountable.

How much risk management is enough?

The difficult question will be “How much care and how much risk management is enough?” In complex software, it is impossible to test for every bug in advance. How will developers and manufacturers know when to stop?

Fortunately, courts, regulators and technical standards bodies have experience in setting standards of care and responsibility for risky but useful activities.

Standards could be very exacting, like the European Union’s draft AI regulation, which requires risks to be reduced “as far as possible” without regard to cost. Or they may be more like Australian negligence law, which permits less stringent management for less likely or less severe risks, or where risk management would reduce the overall benefit of the risky activity.

Legal cases will be complicated by AI opacity

Once we have a clear standard for risks, we need a way to enforce it. One approach could be to give a regulator powers to impose penalties (as the ACCC does in competition cases, for example).

Individuals harmed by AI systems must also be able to sue. In cases involving self-driving cars, lawsuits against manufacturers will be particularly important.

However, for such lawsuits to be effective, courts will need to understand in detail the processes and technical parameters of the AI systems.

Manufacturers often prefer not to reveal such details for commercial reasons. But courts already have procedures to balance commercial interests with an appropriate amount of disclosure to facilitate litigation.

A greater challenge may arise when AI systems themselves are opaque “black boxes”. For example, Tesla’s autopilot functionality relies on “deep neural networks”, a popular type of AI system in which even the developers can never be entirely sure how or why it arrives at a given outcome.

‘Explainable AI’ to the rescue?

Opening the black box of modern AI systems is the focus of a new wave of computer science and humanities scholars: the so-called “explainable AI” movement.

The goal is to help developers and end users understand how AI systems make decisions, either by changing how the systems are built or by generating explanations after the fact.

In a classic example, an AI system mistakenly classifies a picture of a husky as a wolf. An “explainable AI” method reveals the system focused on snow in the background of the image, rather than the animal in the foreground.

How this might be used in a lawsuit will depend on various factors, including the specific AI technology and the harm caused. A key concern will be how much access the injured party is given to the AI system.

Our new research analysing an important recent Australian court case provides an encouraging glimpse of what this could look like.

In April 2022, the Federal Court penalised global hotel booking company Trivago $44.7 million for misleading customers about hotel room rates on its website and in TV advertising, after a case brought on by competition watchdog the ACCC. A critical question was how Trivago’s complex ranking algorithm chose the top ranked offer for hotel rooms.

The Federal Court set up rules for evidence discovery with safeguards to protect Trivago’s intellectual property, and both the ACCC and Trivago called expert witnesses to provide evidence explaining how Trivago’s AI system worked.

Even without full access to Trivago’s system, the ACCC’s expert witness was able to produce compelling evidence that the system’s behaviour was not consistent with Trivago’s claim of giving customers the “best price”.

This shows how technical experts and lawyers together can overcome AI opacity in court cases. However, the process requires close collaboration and deep technical expertise, and will likely be expensive.

Regulators can take steps now to streamline things in the future, such as requiring AI companies to adequately document their systems.

Vehicles with various degrees of automation are becoming more common, and fully autonomous taxis and buses are being tested both in Australia and overseas.

Keeping our roads as safe as possible will require close collaboration between AI and legal experts, and regulators, manufacturers, insurers, and users will all have roles to play. 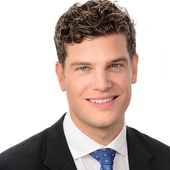 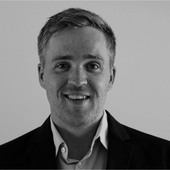 Aaron J. Snoswell’s research is funded by the Australian Research Council Centre of Excellence for Automated Decision-Making and Society (CE200100005). Aaron was also an author or contributor to an academic article referenced here.

Henry Fraser’s research is funded by the Australian Research Council Centre of Excellence for Automated Decision-Making and Society (CE200100005). Henry was also an author of an academic article referenced here.

Rhyle Simcock receives research support through a higher degree scholarship funded by the Digital Media Research Centre. Rhyle was also an author or contributor to an academic article referenced here.