TAGG-Toorak Times
Home CONTRIBUTORS/BLOGGERS When a fair trial could be at risk, suppression is the order...

Open justice is a fundamental principle of our system of government and central to maintaining confidence in the justice system. But in many of the most high profile trials, when public interest is high, open justice comes into conflict with the potential of negative publicity about an accused to prejudice a fair trial. In recent weeks, the question of how to balance a free press and a fair trial has been hotly debated. But it has been a topic of controversy for many decades.

What happens if jurors read about an accused’s previous convictions, or access material that is not part of the trial? Will jurors listen when the judge tells them to ignore it? In the digital age, can suppression orders even work when they are routinely ignored overseas?

Numerous judges and lawyers working in the criminal justice system have disagreed about whether we should retain juries to ensure accused people are judged by their peers. In his review of the Victorian Open Courts Act last year, former Supreme Court Justice Frank Vincent noted that the Walsh Street murder trial jury in 1990 delivered acquittals, despite intense publicity and community discussion.

Opponents of juries will cite the secrecy of their deliberations, and examples of jurors befriending accused criminals on social media, or telling their followers they planned to convict. Then there is the argument that juries cannot be adequately protected from publicity that will make a fair trial impossible. After Adrian Bayley was charged with murdering Jill Meagher, the police and Meagher’s husband were forced to plead with the public to remove Facebook hate pages directed at Bayley.

Had Bayley not pleaded guilty, how might jurors have ignored the readily available information about his criminal past? Then Victorian Chief Justice Marilyn Warren said in 2015 that suppression orders were made in Bayley’s case to protect a fair trial.

The capacity of members of the public to derail a trial through online publishing is a relatively recent development. Reporting at the Supreme Court in 1989 was a long way from today’s global digital village. The main news agencies were the daily newspapers, the ABC and the wire service AAP. Journalists took notes in court to record sentencing remarks, although some judges would allow reporters to use tape recorders for accuracy’s sake.

In those days, suppression orders were relatively rare. Justice Bernard Teague wrote in 1999 that he had granted non-publication applications, but had also warned journalists about the prospect of being in contempt of court through publication. He attributed the appointment of a courts information officer (former Age court and law reporter Prue Innes) as a major reason for the lack of contempt cases in Victoria in the 1990s.

It might also be news organisations remembered the $80,000 fine given to The Age publishers and editor in 1981 for a feature article that referred to two brothers who were facing trial on drugs charges. Writing for The Age, Innes reported the penalty was the highest for contempt in any Australian court.

Another brake on suppression orders at the Victorian Supreme Court was the presence of reporters in the building. Media lawyers could be called quickly to court, and be given a detailed summary of the suppression arguments while on the way. It meant they could make specific submissions instead of general points about open justice and potentially improve their prospects. Judges knew the regular court reporters by sight, and could anticipate their interest.

In the mid-to-late 1990s, the law firm Corrs Chambers Westgarth published the glossy magazine called Medialine, which featured numerous articles about media law issues. In one edition, Sydney barrister Angela Browne quoted High Court decisions supporting jurors’ ability to put aside outside information about a case and reach decision based on the evidence. She wrote:

Jurors are not expected to have extraordinary qualities of impartiality or fairness. What is expected of them is that, having given a solemn undertaking to do so and being properly directed by a judge, they will return a true verdict according to the evidence.

In years to come attempts to keep the public in Great Britain in ignorance of what the rest of the world knows about a trial of considerable public interest in this country may render the law looking more and more out of touch.

We might expect these sentiments in a publication that regularly featured media lawyers and journalists. In 1997, Justice Bill Gillard delivered much-repeated remarks about writers commenting during legal proceedings when fining The Australian and a reporter over a column published during the Supreme Court fraud trial of Coles Myer chief Brian Quinn.

Even the most unpopular defendant is entitled to a fair hearing,“ Justice Gillard said. “I would expect that a first-year journalist would know and understand the sub judice rule.” He continued:

By 2009, the world, and Victorian court reporting, had changed. Commercial lawyer Isolde Lueckenhausen wrote in Precedent magazine that suppression orders applying to all community members had replaced sub judice contempt as the main method of attacking prejudicial publication. A report commissioned by major media organisations showed Victoria had the largest number of orders made in 2008, although South Australia had proportionally more when population was considered.

Facebook publications were an issue when a man was charged with arson over the 2009 Victorian bushfires, a fictionalised television series was suppressed in part while underworld court proceedings were continuing, and terror trials attracted suppression orders. Lueckenhausen said:

Suppression orders do not stop discussion or prevent determined people from getting information from internet sites. However, they do stop the gradual discussion and analysis of issues that occur with contemporaneous reporting.

She quoted then New South Wales Chief Justice Jim Spigelman, who suggested temporary removal of references to an accused and sequestering jurors might be necessary to support fair trials. She said Justice Spigelman saw the heart of the issue was the conflict between two principles mentioned at the start of this article – open justice and a fair trial.

Recently, the Victorian government asked the Department of Justice to inquire into the prospect of judge-alone trials as an option for those charged with criminal offences. It would provide accused people and their lawyers with an alternative if they were concerned about the possible effect of social and mainstream media publications. But such a move could also open judges to more scrutiny, attack and commentary.

This article was written by : 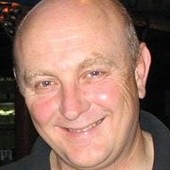 Sunday essay: double standards and derision – tracing our attitudes to...

What causes Alzheimer’s disease? What we know, don’t know and suspect

Seven things to keep in mind if you’re going to March...