Australia is opening up, people are mixing and mingling, and schools are back. But there’s a downside. Sharing our lives with each other again also means sharing our germs.

When we look at trends of illnesses in cities coming out of lockdown internationally, one thing is clear. We can expect to see more colds and flu. But what’s actually causing these?

Here are five germs I expect we’ll see more of in the coming months.

Usually seasonal influenza kills 290,000 to 650,000 people a year worldwide. But since COVID hit, it has practically vanished.

The most likely reason for such a dramatic drop is the reduction in international travel. Public health interventions designed to curb COVID (such as mask wearing, hand washing, physical distancing) have also likely contributed.

With global travel opening up again, influenza will likely travel too. So we anticipate seeing a lot more of it around.

Read more: What Causes Infections and Do They Spread?

Pandemic response measures have also curbed some bacteria, such as Streptococcus pneumoniae.

A study was conducted on data from 26 countries across six continents in the first half of 2020. It found S. pneumoniae infections decreased by 82% after eight weeks of restricted population movement, such as lockdown.

This bacteria causes pneumonia (which is how it got its name). It can also cause a range of other illnesses from ear infections and sinusitis to life-threatening infections of the bloodstream (sepsis), and central nervous system (meningitis).

Young children, older people and people with impaired immune systems are most at risk.

Thankfully, we have vaccines (known as pneumococcal vaccines) to help prevent the nastier diseases you can get from this bacteria.

These are already part of the Australian vaccination schedule. So if you have been vaccinated according to routine recommendations, you should already be protected.

If you catch S. pneumoniae, it does respond to antibiotics. However, it’s resistant to at least one antibiotic in three out of every ten cases.

Prevention (with vaccines and hygiene) is definitely the better option. So as a community, we must carefully steward our use of antibiotics to make sure they actually work when we really need them.

This is another nasty bacteria. You may have already guessed from its name that it can cause meningococcal meningitis, a serious infection of the central nervous system.

This is not surprising as N. meningitidis also lives in the nose and throat and can be transmitted from person to person via droplets as people cough and sneeze.

Neisseria meningitidis, or meningococcus, causes meningitis or infection and inflammation of the tissues surrounding the brain and spinal cord. Vaccination is recommended for older children and teenagers who are at greatest risk. https://t.co/IZmR6EM7NY pic.twitter.com/tIWvs97r7R

Meningitis outbreaks have occurred worldwide over the years, and a high proportion of people who become sick with it die. Survivors sometimes have severe, lifelong disability.

Like with S. pneumoniae, there is both prevention (via a vaccine) and treatment (with antibiotics) for N. meningitidis infections. But there is also growing antibiotic resistance.

So getting vaccinated, and avoiding antibiotic overuse, are important ways to reduce the risk of being seriously impacted by this bacteria.

Read more: Five of the scariest antibiotic-resistant bacteria in the past five years

Respiratory syncytial virus (or RSV) is a common virus causing a flu-like lung infection called bronchiolitis. This mostly seriously affects children under the age of two.

Although RSV infections usually cause mild cold symptoms, they are also responsible for a significant number of deaths in children under five worldwide.

During COVID lockdowns around the world, RSV infections were at a historic low for a year. But they started rising again in April 2021 even in the Northern Hemisphere (for example, in the United States and the United Kingdom) where countries were entering summer.

Doctors usually expect to see spikes of RSV in winter months, and before COVID many assumed this was because it survived and replicated better in colder weather.

However, we now realise RSV is less dependent on colder temperatures in winter and more dependent on our hygiene behaviours.

So for the sake of our little ones we should not lose all the good habits we developed to combat COVID, such as staying home when sick, washing our hands, covering our coughs/sneezes and wearing masks in higher risk settings.

Rhinovirus continued to spread throughout the pandemic and infections even shot up in some countries. But I am including it in this list as its prevalence holds some fascinating potential in our fight against COVID.

Rhinovirus, like RSV, is a major cause of the common cold, particularly in infants. Both rhinovirus and RSV show the same symptoms. So without doing a diagnostic test it is impossible to tell which of these someone has. They require the same acute treatment anyway.

However, recently there has been interest in distinguishing between them for two reasons.

Second, there is the exciting potential for rhinovirus infections to actually train our immune system to block other viruses, such as the coronavirus and influenza. This is still in the early stages of research but is something to watch.

Read more: WATCH: Our mobile phones are covered in bacteria and viruses… and we never wash them

What about COVID testing?

We can reduce the impact of these five germs by keeping up simple hygiene habits, getting immunised where possible, and making sure we only use antibiotics when absolutely necessary.

However, if you do have respiratory symptoms as restrictions ease, and as symptoms do overlap with COVID, you should get a COVID test. 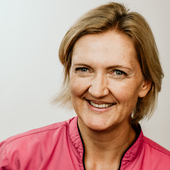 Natasha Yates is affiliated with the RACGP