With the right power policies, gas can have a brighter future

Australia’s gas industry is under scrutiny from the competition watchdog after apparently failing to deliver on its pledge to bring down domestic prices and ease the east coast gas supply crisis.

The current domestic supply squeeze will be over soon enough. But other, longer-term factors threaten the role of gas in Australia’s energy mix.

Gas producers claim that gas is a vital fuel in the transition to a low-carbon economy (although not everyone agrees). But to achieve this they need to ensure that coal is replaced by gas in the generation of electricity. It is increasingly unlikely that this will happen in Australia, unless the industry can persuade the government to reinstate a price on carbon.

At the moment, the idea of gas as a transition fuel seems academic anyway. Gas is now in such short supply on the east coast that any policy aimed at increasing demand seems ludicrous. The shortage has driven gas prices to unprecedented levels, which has in turn has driven up electricity prices. In the gas industry, the talk is mainly about finding new supplies, not new customers.

But the present east coast gas shortage may well be shortlived, because there is currently an oversupply of gas on the international market. With prodding from government, this could bring about a drop in domestic prices in various ways.

For example, the liquid natural gas (LNG) exporters in Queensland who are sucking up so much of Australia’s gas might find it profitable to meet some of their international contract commitments by buying LNG on the international market and shipping it direct to their customers. This would release gas they have contracted to buy in Australia into the local market, thereby saving the (not inconsiderable) cost of liquefaction. This is the strategy of the gas swaps currently being touted as a solution to the domestic supply squeeze.

Alternatively, shiploads of LNG bought on the open market could be brought to southeast Australia, re-gasified, and then fed into the gas transmission system relatively close to the point of consumption, thus reducing transmission costs. This idea has been floated by gas producer AGL.

The government has not yet prodded hard enough to make these things happen, but a worsening gas crisis may stiffen its resolve.

Finally, extra supplies of Northern Territory gas will become available on the east coast when the Northern Gas Pipeline is completed next year.

None of these strategies depends on increasing the production of unconventional gas on the east coast, although that too, if it happened, might ease the domestic supply problem.

In summary, there are grounds for thinking that in the reasonably short term we will see a significant increase in gas supply on the east coast, and a corresponding drop in price. As soon as that happens, the gas industry will again be interested in stimulating demand, particularly in the electricity sector. But by then it may be too late. Here’s why.

Without a national strategy that puts a price on carbon, the states will continue to go it alone with renewable energy targets. As the new renewable energy generators come online, they will push the most expensive generators out of business. Unfortunately for gas, even with more reasonable gas prices, coal-fired electricity will remain cheaper.

So, to the extent that the market can rely on renewables and coal alone, gas will be out of business. As large-scale battery storage becomes a reality, gas may not even be needed to cope with spikes in demand. Meanwhile, the current high price of power means the quiet revolution in rooftop solar panels is set to continue. The most recent data shows new installations are up 43% on a year ago.

There is, however, hope for gas in the medium term if the government legislates to impose a price on carbon in the electricity sector. One way to do this has already been widely proposed: an emissions intensity scheme.

Such a scheme would impose penalty payments on the most carbon-intensive emitters, such as coal-fired power stations and pay subsidies to lower-emitting industries such as renewables and gas.

This would put gas in a much better position to compete with coal, especially if the penalties were ratcheted up over time. Under modelling done for the Climate Change Authority, this would see brown coal power stations disappear within three years, while black coal would follow suit in little more than a decade.

Coal’s place would be taken mainly by wind and by new, efficient, gas-fired power stations. If by that time gas-fired power stations are able to capture and store their carbon dioxide emissions, then we would truly have arrived in a golden age for gas. If not, the gas industry will at least have had some profitable years before going into decline.

A price on carbon would let gas win the battle with coal and step in to take its place. Eventually, however, renewables will sweep away all fossil fuel power generation, so of course the long-term future for gas in this sector is bleak (as befits a transition fuel). But without a price on carbon, coal will be around for longer, undermining whatever market there may be for gas.

It is therefore in the gas industry’s interest to lobby hard for a price on carbon in the electricity sector, as part of the upcoming government review of climate policy. Other industry groups are virtually unanimous in their support for carbon pricing, but the oil and gas industry’s peak body, the Australian Petroleum Production and Exploration Association, has been rather more equivocal. While in theory it supports a carbon price, it qualifies this support so extensively that in practice it opposes every pricing proposal that is placed on the table.

If the peak oil and gas body could be persuaded to join with the rest of industry on this matter, it might just make the difference. Pricing carbon is not only good for the environment, in the medium term it is good for gas too. 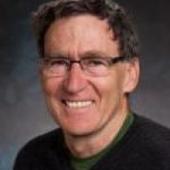