Vital conversations: older women have their say about the challenges of life in a city like Melbourne

Who decides what matters in the lives of voters? In the run-up to the 2018 Victorian state election, media focused on a few potential big issues of concern or interest. Newspapers featured pieces on the consequences of uncapped population growth in Victoria, particularly suburban housing sprawl and unaffordability. Public transport and the growing economic divide between communities also attracted media attention.

Against this background, and in light of concerns raised by previous research, we wanted to engage with older women and to hear more directly from them about their lives, their experiences and the challenges they face. Specifically, we asked, what matters to older women as they grow older, as the city’s population changes and urban development continues apace?

The result of our research, Vital Conversations with Older Women Living in Greater Melbourne, is being launched today. It started with the assumption that there are common and interconnected factors in the lives of all women with potential impacts on their health and well-being. We understood that these factors take on different dimensions depending on age cohorts and ethnic and cultural backgrounds, as well as the health, social and economic circumstances of individual women.

Previously, Vital Signs 2017 provided a snapshot of Greater Melbourne across a whole range of domains for people of all ages. The report indicated older women living in Greater Melbourne face a range of challenges and, in some cases, extreme disadvantage.

For example, the number of older women couch surfing increased by 83% between 2012 and 2017. There was a 75% increase in older women sleeping in their cars and presenting at homelessness services. In addition, at least one in ten people aged over 60 experience isolation and loneliness.

Read more: Life as an older renter, and what it tells us about the urgent need for tenancy reform

For all the attention given to problems associated with growing older, including the so-called financial burden of aged care to the public purse, older women have had very little opportunity to contribute their views. They need to be taken seriously about the things that matter to them, which are central to their health and well-being.

In all, 127 women participated in 18 facilitated group conversations. The groups were diverse. The women were between 50 and 91 years of age, lived across 22 local government areas and came from many different multicultural backgrounds.

What did the women have to say?

The conversations were designed to enable older women to voice their opinions and share their knowledge, experience and expertise across a range of domains. They were asked to talk about not only their own experiences but also their observations of friends and acquaintances.

Having meaningful and reciprocal connections with family and community was central to the women’s overall well-being. The emphasis on social inclusion and feelings of belonging was not surprising, given the huge shifts in the pace of society today. As the majority of the older women noted, people find themselves with less and less time for meaningful connections despite their obvious importance.

Most agreed a key challenge was to maintain their sense of social connectedness and meaningful engagement with the world around them in light of the city’s exponential neighbourhood development and urban growth. One woman observed that some found meaningful social connections in volunteering:

Volunteers actually get as much as the participants […] I have seen people like Mary who has finished work and what do you do? Your life changes and you need something to fill in that space, and I have seen them, lots of people who come here and that’s how they contribute, so they therefore support other people but they are actually being supported themselves.

I certainly think it’s hard to age well if you don’t have housing and some money. If you’ve got economic insecurity then your old age is going to be pretty crappy.

There was also a sense of frustration about ongoing stereotypes about older women that lead to assumptions about their experiences and needs. In the words of one woman:

How can we change the perception that we are frail and need guidance with managing our lives!

Rather than being in need of help, the women expressed a desire for autonomy, choices and respect.

When provided with the opportunity, older women have the capacity to voice their opinions, knowledge and experience. They want to promote their ability to be active participants in family, community and wider society. Some already juggle multiple roles:

Being in my early 60s, I am now part of that ‘sandwich generation’ where I not only care for my grandchild but I also have the responsibility for my ageing parent. That creates logistic challenges sometimes!

Voices of experience worth listening to

The wide-ranging conversations indicated that many older women want to be taken seriously through engagement in public life. They are ready to contribute their experiences and ideas to policy and planning.

Despite the challenging trajectory of the lives of many of the participants, this research clearly demonstrated their resilience and adaptation to changing life circumstances. Women described how they have integrated creative strategies in their everyday lives to deal with the transitions and challenges of growing older in Greater Melbourne. In having these conversations, the women revealed their vast reserves of personal resources and capacity to navigate these challenges.

Participants also reinforced the view that a proactive approach that includes engaging with older women from across all walks of life will ensure the sharing of relevant, innovative community initiatives and ideas. For the women who contributed to the Vital Conversations study, interesting ideas included creative housing models which forge relationships between land and housing developers and all levels of government, or private rental initiatives.

Inclusive research that listens to the perspectives of older women has the capacity to reveal the complexity behind the statistics. In doing so we gain a more comprehensive and nuanced picture of the lives of older women and the transitions they face in a dynamic city like Melbourne. 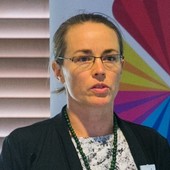 It was was co-authored by Susan Feldman, an independent researcher who produced the Vital Conversations report with Harriet Radermacher.