On October 14, Donald Trump held a rally attended by several thousand in Iowa, despite White House guidelines that gatherings in the state should be limited to 25. Trump visited Iowa numerous times in 2016, a political outsider promising he would “give working people a voice for the first time in a very, very long time”. He won the state by nine points.

In 2020, polls show Trump and Joe Biden virtually tied in Iowa. And, after four years as president, Trump’s rhetoric has changed significantly. Last week, one of Trump’s first applause lines was: “Did you hear Bruce Ohr is finally out of the Department of Justice?”

Ohr was a Justice Department official who promoted a salacious opposition research dossier that the FBI misused to obtain a surveillance warrant on a former Trump campaign operative, Carter Page. Most people wouldn’t know who he is unless they have been closely following Trump’s crusade to “investigate” the origins of the Mueller investigation into allegations of Russian interference in the 2016 presidential election.

Trump’s language in rallies, interviews and even debates is increasingly hard to follow for those who aren’t already initiated into his world of conspiracies, grievances and half-digested news items. He recently suggested he watches up to eight hours of Fox News a day. Much of what he says and tweets involves vague but dense allusions to his favourite shows.

Four years ago, Trump appealed to people who aren’t usually interested in politics. Now, he appeals to people obsessed with politics.

This reflects the changes Trump has wrought in his country. Politics, and particularly politics defined in terms of being for or against Trump, has become central to nearly every issue in American life. That politics has a strong esoteric streak, especially on Trump’s side. While Trump promised to “take back the heart of our country”, many Americans believe their politics is significantly influenced by hidden conspiracies.

Trump’s most sophisticated supporters welcome the “politicisation” of life that he represents. Sociologist Salvatore Babones, author of The New Authoritarianism, said in 2018 that Trump represents “the return of politics” against the undemocratic rule of liberal expertise:

Experts often demand that we should not ‘politicize’ public policy debates, but democracy is all about taking those debates into the sphere of politics – taking them to the people.

There is no better example of this politicisation than the response to the COVID-19 pandemic. From the outset, Trump downplayed expert warnings about the seriousness of the virus and the need for a concerted public health response.

Read more: Donald Trump blames everyone but himself for the coronavirus crisis. Will voters agree?

Instead, he encouraged his supporters to view the pandemic as a plot to sabotage his re-election. Trump has continued to downplay the virus and promote an illusory normality, even after getting it himself.

A Brookings study published in September found partisan affiliation was the strongest single predictor of behaviour and attitudes towards COVID-19. Another study found Republicans and Democrats disagreed over basic facts about mortality and testing rates in the United States, surpassing previous partisan gaps on factual questions.

Trump’s supporters and opponents alike see many issues through the lens of Trump. More than a third of Republicans expressed support for Black Lives Matter during the protests following George Floyd’s death, but this support dropped by more than half following Trump’s repeated attacks on the movement. Support among Democrats remained extremely high, at 88%.

The widespread (if exaggerated) popular association between Trump and Russia is reflected by Republicans and Democrats effectively switching sides in their views about the threat Russia poses to the country.

Some liberals see Russian influence everywhere, missing the fact that Russian disinformation campaigns in the US are trivial in scale compared to the disinformation Americans make for themselves.

The world according to Trump

Politics has never been far from the surface of any issue in America. Trump didn’t invent partisan division or ill-feeling in the United States, which were expanding for a quarter of a century before he took office. Nor are conspiracy theories anything new. They have often been central to American politics, beginning with the American Revolution.

What has changed is that Trump has put himself at the centre of everything. Trump has become very important to Republican Party identity. The majority of Americans planning to vote for Trump will do so because they personally support him, while the majority of Biden voters are motivated by getting rid of Trump. Biden’s victory in the primaries was largely because of the perception he was the best candidate to beat Trump.

And while presidents often feature in conspiracy theories, Trump is the first since JFK to be cast in a heroic role in a conspiracy theory pushed by his own supporters. The QAnon conspiracy complex, which has become more of an industry than a theory, has been recognised by the FBI as a terrorist threat and has prompted social media platforms to take dramatic action against it.

Political leaders always influence the views of their partisans, and presidents are always central to American politics. But Trump’s ubiquity in all forms of media makes him quantitatively different.

How Trump rules the media

Politics, while always an important topic in American news, has dominated it over the past four years, and Trump has dominated politics news.

According to Ethan Zuckerman, former director of MIT’s Center for Civic Media, Trump has appeared in roughly a quarter of all news stories in major US media sources during his presidency. Normally, a president appears in about 10% of news stories.

During his 2016 campaign, Trump benefited enormously from his ability to saturate the media. By one estimate, Trump got US$2 billion worth of free advertising from media coverage during the Republican primary. It gave him a huge advantage over his rivals.

Trump’s relationship with the media may appear hostile, but it is mutually beneficial. Newspapers across the political spectrum were able to add subscribers on the back of their coverage of Trump. A study of the first 100 days of Trump’s presidency found he appeared in an incredible 41% of all news stories. Most of that coverage was more negative than positive, but it put Trump permanently at the centre of the news, a position he has never relinquished.

The fact Trump calls journalists “enemies of the people” and revels in violence against journalists doesn’t diminish his symbiotic relationship with them.

In September, the Washington Post’s Bob Woodward, arguably the most celebrated journalist in America, revealed he had interviewed Trump 18 times in the last year. While telling Americans in March that COVID-19 wasn’t as bad as seasonal flu, Trump was calling Woodward to tell him it would be much worse.

Read more: Trump can’t delay the election, but he can try to delegitimise it

Trump’s career-long habit of gossiping to journalists led to what should have been a highly damaging story about his negligent leadership during the pandemic. But it was quickly overwhelmed by numerous other Trump stories, including him finally catching COVID-19 himself.

… but he can’t control them

Some have speculated Trump’s ability to dominate news coverage, even with negative stories, is a political superpower. Events that would have sunk earlier presidents barely seem to touch Trump, quickly forgotten as the media move on to the next outrage.

His constant, rampant disinformation and erratic policy announcements waste the time of those who must respond to them. Fact checks and abrupt reversals exhaust Trump’s opponents while making little difference to his supporters. Trump’s average approval rating is the most stable in the history of polling, even if it is low. Former Trump adviser Steve Bannon’s strategy to “flood the zone with shit” seems to have worked.

But the flood has dragged down Trump with everyone else. A recent poll found just 12% of Americans believed White House reports on the state of Trump’s health. Trump’s continual undermining of public trust in everything from the Centers for Disease Control to the legitimacy of election results may have undermined his own ability to make any message widely believable.

Trump’s domination of the news doesn’t translate into control over its narratives. One computational study examining the flow of stories on Twitter found the peak of Trump’s “narrative control” was in 2017, when he was still routinely attacking Hillary Clinton. It has since dwindled to almost nothing. Trump has had virtually no narrative control over the COVID-19 pandemic, as we can see from the failure of his attempts to rechristen it the “China virus”.

This pattern of domination without control defines not just Trump’s relationship with the media, but his whole presidency. He can command displays of loyalty from Republicans in Congress but he can’t advance a legislative agenda or count on them to help him politically. He can inflict suffering on rival countries, but he can’t change their behaviour to America’s advantage.

For many of Trump’s supporters, domination is the measure of his greatness. But he may be about to lose an election because during a pandemic voters expect a president to be in control of things, including himself.

The more things change, the more they stay the same

It is easy to exaggerate Trump’s impact on the United States, especially when comparing it to a mythical pre-Trump dark age or golden age. Trump asserts he has done more for America than any other president in history.

In reality, the US economy in Trump’s first three years looked a lot like it did in Obama’s last three years, and Trump expanded the overseas military commitments he promised to retrench. Meanwhile, Biden called Trump the “first racist elected president”, a bewildering statement to anyone with even a passing familiarity with American history.

Trump is a product of many different strands of that history, from urban racism and authoritarianism to the travelling medicine show tradition that blended entertainment and con artistry to sell “miracle cures”.

So while Trump has put himself at the centre of American life and made his country look more like him, it is still recognisably itself. 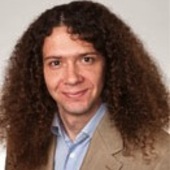