You’d expect a dual-parent family on a median income to be able to put enough healthy food on the table. But once the cost of housing, transport and school are covered, too many Australians are having to choose between heating or eating.

We’ve long known the price of food is a problem for refugees, Indigenous Australians, people who are homeless and other vulnerable groups. But new research reveals almost half of the Australians who are classified as “food insecure” (48%) are employed either full-time, part-time or casually. And 40% of these homes include children.

Food insecurity is the limited or uncertain ability to access enough safe, nutritious and culturally appropriate food for an active and healthy life. If you rely on emergency food pantries, often can’t afford lunch, or worry about where your next meal will come from, you’re not “food secure”.

Food insecurity has devastating mental and physical effects for individuals and carries a significant economic burden for society more broadly. We can and must do better.

Who is food insecure?

In 2012, the Australian Bureau of Statistics estimated food insecurity affected one million (or 4% of) Australian households.

But other estimates are much higher. In 2017, Foodbank Australia reported 3.6 million Australians (15%) were food insecure.

It’s difficult to get a current and accurate picture of the problem because Australia doesn’t collect national, regular or comprehensive data on food insecurity.

The median income has fallen since 2009, dropping the relative poverty line. Household income is a strong predictor of food stress, suggesting “average” Australian families are now feeling the pinch at the grocery store.

The deregulation of energy supply in Australia has significantly increased prices. People are spending less by adapting their behaviours, such as heating fewer rooms. Low-income households have to allocate 12.4% of their income to utilities compared to 2.9% among wealthy households.

Existing social security payments are not keeping up with basic living costs, including the cost of buying, transporting and cooking nutritious food.

An unaffordable housing market is forcing families to stretch their budget to meet rent or mortgage repayments.

Food costs should, ideally, make up less than 20-25% of a household income. Yet low income households must spend between 30-48% of their income to access nutritious food.

Measures to combat the pressures from the rising cost of living are not working in Australia. Food insecurity is a symptom, and it’s on the rise. So what can be done?

How are others responding to food insecurity?

In the United Kingdom, the All-Party Parliamentary Group on Hunger and Food Poverty made 77 recommendations – ranging from reform in social security, to regulating the cost of utilities. Currently, the Scottish government is debating how to enshrine the right to food in law.

In Canada, the United Nations Special Rapporteur on the Right to Foodconducted an official visit and inquiry in 2012, triggering a cascade of civic and government attention. Household food insecurity has been monitored and reported nationally, every year since 2005. And recently, a Universal Basic Income was piloted to address entrenched poverty.

In the United States, the House of Representatives just passed a Farm Billwhich includes nationwide programs for food stamps and nutrition programs for women and children.

While these solutions aren’t perfect, they demonstrate that food insecurity has been on the radar in a way it hasn’t been here in Australia.

This complex problem requires both national and local responses:

1) national leadership. An updated national food and nutrition strategywill ensure a thriving food system, from paddock to plate. An inquiry, similar to that conducted in the UK, could initiate increased attention, adequate resourcing and comprehensive responses to food insecurity.

2) economic action. Raising the rate of social security to reflect the cost of healthy food. The charitable food sector has rightly been described as a “band-aid on a gaping wound” and remains inadequate to address the rising demand. Income (from employment or social security) that supports a decent standard of living would allow emergency food programs across the country to close their doors.

4) community first. Because of our geographical and cultural diversity, and the disempowerment of people most at risk of food insecurity, community-led food programs are required. We have known for at least the last 20 years that when communities design and own food projects, they are more likely to succeed.

Healthy food is an essential human need that allows us to grow, work and thrive. This needs to be a reality for all Australians. 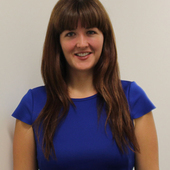 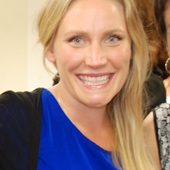 Coronavirus: how worried should I be about the shortage of face...

Europe’s second wave is worse than the first. What went so...

Interest in tiny houses is growing, so who wants them and...