Christmas is a stressful time for many, so not surprisingly it’s also known as the season for arguments.

Some assume it’s because we share the time with family members, who we’re more likely to argue with because of bottled-up resentment or some other annoyance we’ve been secretly nurturing. Others put it down to alcohol.

But, in either case, under normal circumstances people are usually adept at keeping potentially hurtful comments to themselves. So why is it that we’re more likely to say things we might later regret during Christmas?

Over the past three years we’ve been studying why people say things they later regret. Released this week in the Journal of Experimental Social Psychology, our research discovered in eight experiments over three years the same variable consistently explains why people disclose things that cause them anguish.

From innocuous faux pas to more serious disclosures of secretive information, in each experiment we found “arousal” explains tendencies to disclose information that probably should have been concealed.

Christmas is stressful, and stress leads to chronic arousal. When people are aroused, they’re more likely to say things they probably shouldn’t.

So what is arousal? And why does it cause people to say things they later regret?

Essentially, arousal is the degree to which an individual is awake and alert. You might assume being awake and alert would increase rather than decrease the accuracy of what we say – but this appears not to be the case.

The reason is because arousal uses up so-called “cognitive resources” — basically brain power. Because there are less conscious cognitive resources available for controlling what comes out of our mouths, our minds default to more automatic, and seemingly less considered, responses. When we lose conscious control over what we say, it becomes more likely we’ll disclose information that we would otherwise keep to ourselves.

In our first experiment, we asked participants to write dating profiles. We evoked arousal with half the participants. They disclosed more embarrassing, emotional, intimate and even incriminating information on their dating profiles than those who were relatively relaxed.

A post-hoc study found those people who disclosed such information were less likely to be chosen for a date. The study suggests people who aren’t chilled out are viewed as less ideal partners.

In our second experiment, we found people were more likely to disclose times when they said mean or malicious things to others online, suggesting that arousal increases the disclosure of information that people do not normally like to disclose. Relaxed people, it seems, are better at concealing information and keeping secrets.

In our third study, we evoked arousal by getting people to jog on the spot for 60 seconds. The results found participants were more likely to share embarrassing stories (open up to others) after physical exercise. Usually people might disclose personal information like this to friends and family, but it seems people are more likely to open up to strangers when aroused. This finding suggests that doing physical exercise together might be a better way of getting to know someone than more docile pursuits such as sitting around.

It seems that lowering arousal is the key to gaining more control over what we say. The problem is that the times when we ought to be careful — such as job interviews, media engagements, important work meetings, or romantic encounters — are often arousing, and it is not easy to remain calm and relaxed.

So what are some things people can do to minimise unintended disclosures and save the family from a memorable Christmas for the wrong reasons?

Some techniques are known to reduce daily stress levels and are useful for situations when we’re most riled up. These approaches include consciously controlling your breathing and listening to chilled music. Other techniques for longer-term benefits mirror the advice of health professionals – reduce how much coffee you drink, eat a balanced diet and get enough sleep.

Not only do these steps make you healthier, they also reduce your stress levels and ultimately your control over what you say.

So when you’re opening your pressies or digging into your turkey this Christmas, try to chill out and relax. Turn on the music, breath deeply, and reduce the chance of saying something you might later regret. 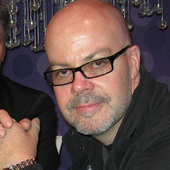