Unthinkable in 2019, lockdowns have been a key public health measure to reduce the impact of COVID in Australia. However, lockdowns take a toll on the population, and there is a limit to how long people and communities can sustain these behaviours.

While governments set restrictions through policy, the actual reduction in spread is due to changes in people’s behaviour. Our collective choices have slowed the virus and stopped it on multiple occasions – until the recent Delta variant outbreaks in New South Wales and Victoria.

We have been modelling behaviours in Australia since April 2020 and how they relate to changes in the ability of the SARS-CoV-2 virus that causes COVID to spread. Our understanding of how people have responded to policy settings underpins the Doherty Modelling.

Concerns about “compliance fatigue” might make us question the role of lockdowns in the current outbreak. Has exhaustion led to rule-bending or breaking? In fact, Australians have shown themselves to be resilient and adaptable.

Throughout the epidemic, Australians have shown an impressive ability to change how we interact with others.

In our analyses, we consider two key population behaviours that suppress transmission: macro-distancing and micro-distancing.

Both work together to reduce transmission at a population level. We monitor these behaviours using data from weekly anonymous nationwide surveys. We also draw together data on people’s mobility collected by technology companies including Google.

Read more: Opening with 70% of adults vaccinated, the Doherty report predicts 1.5K deaths in 6 months. We need a revised plan

We combine these behavioural data with data on vaccination coverage and our understanding of disease dynamics to calculate the transmission potential (TP). The TP measures how transmissible COVID should be, on average, in the community. If it is greater than one, then we expect the virus to be able to spread. If it is less than one, the virus should not be able to establish itself, even if seeded into the community.

The TP is updated weekly for each state and territory in the Common Operating Picture. Where the virus is circulating, we also measure the effective reproduction number (Reff), which measures the actual rate of spread among currently active cases.

Where the virus is circulating, we want to drive the Reff to below one. And for all of Australia, we aim to achieve a TP of near one.

Read more: Relying only on vaccination in NSW from December 1 isn’t enough – here’s what we need for sustained freedom

How behaviour has changed

Over the past 18 months, the levels of macro- and micro-distancing behaviour achieved under any given set of restrictions have changed. The first national lockdown saw the largest changes in behaviour, according to our modelling. Australians responded to the threat and we stopped the virus.

We have repeatedly observed in our modelling similarly low levels of mixing – both macro and micro – in response to outbreaks and restrictions, including at the height of Victoria’s second wave, and recently in NSW, Victoria and the ACT.

Outside of lockdown periods, different regions of Australia show very different patterns. Post the second wave, Victorians remained cautious, mixing less than anywhere else in the country and maintaining micro-distancing behaviours. In contrast, those not on the Eastern seaboard continued to mix more.

However, when the virus arrives and stay-at-home policies are enacted, we all respond similarly. Incursions of the virus into Western Australia and the Northern Territory in 2021 resulted in enormous changes in behaviour.

Our behaviour changes for reasons other than government policy. As our perception of risk increases, we naturally increase our distancing behaviours. We have noted increased macro- and micro-distancing behaviours as cases grow, and sometimes before stay-at-home measures are imposed. We have also seen reduced distancing as case numbers drop.

Has behaviour change driven spread of the Delta variant?

The emergence of the Delta variant has fundamentally changed our ability to control COVID. The Delta variant is approximately twice as infectious as ancestral strains from early 2020. Behaviours which stopped COVID in its tracks earlier in the pandemic can now only slow its spread.

Our modelling of distancing behaviours and of transmission potential allow us to test theories.

We can ask: if Delta were established and people behaved as they did in Victoria in August 2020 (during the second wave of the original COVID strain), could we control transmission? Back then, we estimated transmission potential to be 0.56. Adjusting for Delta by doubling 0.56 leads to a number greater than 1, meaning we would likely see a growing outbreak.

The reverse scenario can also be modelled. The current behaviours in the Australian Capital Territory, New South Wales and Victoria would all likely be sufficient to curb transmission of the earlier COVID strain.

Although case numbers are higher this year, we are still reducing our contacts and slowing the spread of the virus as we did in 2020.

The aggregate measures of behaviour do not tell the whole story.

Some sections of the community are unable to work from home and are therefore limited in their ability to reduce their contacts. Lockdowns are not effective at reducing transmission in some workplaces. So despite careful behaviour we can still see rising caseloads.

It’s a pattern that’s played out throughout the pandemic.

In NSW, recent transmission has mainly been in essential workers. In the Victorian second wave, a large amount of transmission was in residential aged care homes, where workers and residents had unavoidable close contact.

Read more: ‘Are you double dosed?’ How to ask friends and family if they’re vaccinated, and how to handle it if they say no

Illegal gatherings can lead to clusters of infections (as reported after the AFL Grand Final).

While these well-publicised events tend to be one-offs, they are costly because they seed the virus into new communities. Victoria’s Delta outbreak is now larger than it might have been.

Thankfully these types of events, driven by a minority of individuals, don’t reflect the broader population’s choices. They don’t reflect our collective ability to slow the spread of the virus.

Despite early challenges, we are now on a trajectory to achieving world-leading vaccine coverage. We have already seen high vaccine coverage help turn the NSW epidemic around. Victoria is not far behind.

Every vaccine administered makes outbreak control easier. And every choice we make about how we interact with others matters. 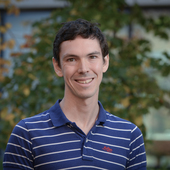 Christopher Baker – [Research Fellow in Statistics for Biosecurity Risk, The University of Melbourne]; 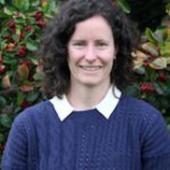 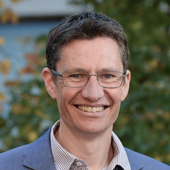 James McCaw – [Professor in Mathematical Biology, The University of Melbourne] 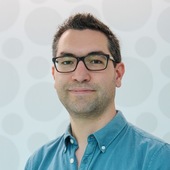 Christopher Baker receives funding from The Australian Government Departments of Health and Foreign Affairs and Trade.

Freya Shearer receives funding from The Australian Government Departments of Health and Foreign Affairs and Trade.