For 50 years hydrogen has been championed as a clean-burning gas that could help reduce greenhouse gas emissions. The idea of a “hydrogen economy” is now enjoying a new wave of enthusiasm — but it is not a silver bullet.

Amid the current hydrogen hype, there is little discussion about when the technology can realistically become commercially viable, or the best ways it can be used to cut emissions.

Australia must use hydrogen intelligently and strategically. Otherwise, we risk supporting a comparatively energy-intensive technology in uses that don’t make sense. This would waste valuable renewable energy resources and land space, increase costs for Australians and slow emissions reduction.

Here’s where we can focus hydrogen investment to get the best bang for our buck.

Hydrogen sucks up energy and space

Hydrogen is the most abundant element in the universe, but rarely is it freely available. It must be unlocked from water (H2O) or fossil fuels such as methane (CH4), then compressed for transport and use. These steps waste a lot of energy.

To be transported, for example, hydrogen must be kept under high pressure or extremely low temperature. And in terms of energy storage, even heating up stones is more efficient.

Australia could become a renewable energy superpower in the future. But there are serious medium-term challenges, including constraints in the infrastructure that transmits energy.

The world must reach net-zero emissions within 30 years to avert the worst climate change. That means using renewable energy as efficiently as possible to maximise emissions reductions and minimise the land space required. So we must be strategic in how and where we use hydrogen.

In most applications, renewables-based electrification has emerged as the most energy efficient, and cost-effective way to strip emissions from the economy.

Yet there are some industries where electrification will remain challenging. It’s here renewable hydrogen — produced from wind and solar energy — will be most important. These industries include steel, cement, aluminium, shipping and aviation.

A renewable hydrogen export market may also emerge in the long-term.

Renewable hydrogen will also be important to replace existing hydrogen produced by fossil fuels. But this alone will require a significant increase in electricity generation, to reach net zero emissions by 2050. This is a major challenge.

What about cars and trucks?

Road transport is one area where we believe hydrogen will not play a major role. In fact, Telsa founder Elon Musk has gone as far as to call hydrogen fuel-cell vehicles “mind-bogglingly stupid”.

Hydrogen vehicles will always consume two to four times more energy than battery electric vehicles. This is simply due to the laws of physics, and cannot be resolved by technological improvements.

In the case of hydrogen-powered vehicles, this will mean higher costs for consumers compared to battery-electric vehicles. It also means far more space for solar panels or wind turbines is needed to generate renewable energy.

Read more: Why battery-powered vehicles stack up better than hydrogen

Most global car makers have recognised the lack of advantage for hydrogen cars and instead invested about US$300 billion in the development and manufacturing of electric cars. Toyota and Hyundai — the last main proponents of hydrogen cars — are also ramping up efforts on electric cars.

As for trucks, the US Department of Energy does not expect hydrogen semi-trailers to be competitive with diesel until around 2050, mainly due to the high cost and low durability of hydrogen fuel cells.

While hydrogen trucks may have a role to play in 20 to 30 years, this will be too late to help reach a 2050 net-zero target. As such, we must explore energy-efficient options already widely deployed overseas, including electric trucks, electrified roads and electrified trailers.

If Australia is serious about climate action, we must focus efforts on where renewable hydrogen can deliver the greatest environmental and economic benefits: regional ports.

Hydrogen derived from fossil fuels is currently used to make products such as fertiliser and methanol. Supporting the transition to renewable hydrogen for these uses will be an important first step to scale up the industry.

If produced at regional shipping ports close to aluminium, steel or cement plants, this will provide further opportunities to expand renewable hydrogen use to minerals processing, while creating new jobs.

As hydrogen production scales up and costs fall, excess hydrogen would be available at ports for fuelling ships — either directly or through a hydrogen derivative like ammonia. Hydrogen gas could also be used to make carbon-neutral synthetic fuel for planes.

If an international export market emerged in the future, this strategy would also mean renewable hydrogen would be available at ports to directly ship overseas.

Finally, if the development of hydrogen truck technology accelerates before 2050, renewable hydrogen would be available to power the significant number of semi-trailers that travel to and from shipping ports.

Renewable hydrogen is a scarce and valuable resource, and should be directed towards sectors most difficult to decarbonise.

Delaying the electrification of road transport and energy on the promise of hydrogen will ultimately only benefit the fossil fuel industry.

This article is co-authored by: 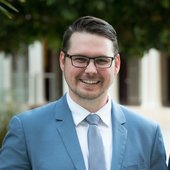 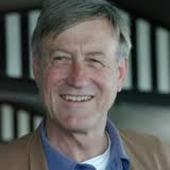 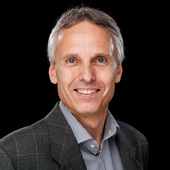 Dr Jake Whitehead is the Tritium e-Mobility Fellow at the Dow Centre for Sustainable Engineering Innovation at The University of Queensland, a Research Fellow at the School of Civil Engineering at the University of Queensland, holds an Advance Queensland Industry Research Fellowship focussed on how electric vehicles can deliver co-benefits to the energy sector, is a Member of the International Electric Vehicle Policy Council, and is an AR6 Lead Author for The Intergovernmental Panel on Climate Change (IPCC). He has previously received funding for several sustainable transport projects, including research on both hydrogen and electric vehicles. He also supports the delivery of the Rapid Switch Project, a joint collaboration between Princeton University and the University of Queensland.

Peter Newman is affiliated with the Intergovernmental Panel on Climate Change

Thomas Bräunl directs the REV Project at UWA on electric and autonomous vehicles. He completed a study for MainRoads WA in 2018 on a state-wide EV charging infrastructure for WA.