The summer heat calls for a cold beer, but be careful where you drink it. Being drunk in public is a crime

‘Tis the season to be jolly. We all enjoy the sentiments of this well-known carol during the festive season. There’s little doubt public merriment is in abundance at this time of year, with alcohol generally reducing inhibitions.

But at what point does good-natured inebriation become criminally-tinged intoxication? And what about those full of merriment who are in the streets late at night?

Let’s see what the law says.

In court the morning after

Public intoxication is illegal in every jurisdiction in Australia, but there are differences from place to place, depending on the way the offence is created, enforced and responded to.

The law, generally speaking, empowers police to apprehend anyone (including a person under 18 years of age) who is drunk in a public place.

They used to be taken to a police station, but since the mid-1980s, there has been a realisation (in all jurisdictions except Queensland and Victoria) this wasn’t the best place for an intoxicated person.

Persons or bodies involved in the administration of this Act are to be guided by the following principles: (a) primary concern is to be given to the health and well-being of a person apprehended under this Act; and (b) a person detained under this Act should, where practicable, be detained in a place other than a police station.

This was a remarkably insightful reform. It was designed to stop the farcical spectacle of dozens of men and women who had been arrested for being drunk being paraded through magistrates courts the following morning, racking up hundreds of convictions and thousands of dollars in fines they were never going to be able to pay, and wasting thousands of hours of court time each year in the process.

Now, when a person is apprehended for public intoxication, they usually end up back at home, or at a shelter, often with simply an on-the-spot fine.

Abolishing the laws after deaths in custody

There has recently been a dramatic development in Victoria, one of the recalcitrant states, following the case of Tanya Day. The 55-year-old Yorta Yorta woman died after falling and hitting her head in the cells of the Castlemaine police station in December, 2017.

She had been taken to the station, arrested for not paying a train fare, and was charged with public drunkenness. She was then put the watch house cells for four hours to “sober up”, but when she hit her head she sustained a brain haemorrhage that led to her death in hospital 17 days later.

In August this year, Victorian Attorney-General Jill Hennessy advised she planned to write to the Victorian coroner to say the Labor government had committed, in principle, to abolishing the crime of public drunkenness. She said:

Public drunkenness requires a public health response, not a criminal justice one, and now is the right time to take this important reform forward.

We must also remember that 27 of the Aboriginal Australians whose deaths were examined by the Royal Commission into Aboriginal Deaths in Custody (beginning in 1988) were in police cells because they had been arrested while drunk.

in jurisdictions where drunkenness has not been decriminalised, governments should legislate to abolish the offence of public drunkenness.

But that has not happened universally, despite repeated urging from reform advocates and the successes of night patrols in remote and regional communities.

Where can you drink this Christmas?

Today, by-laws are the key to determining what you can and cannot do with alcoholic beverages in public.

Questions about where it’s okay to have a beer, or whether a bottle must be in a bag or with the top firmly secured can only be answered by reference to council regulations where the public drinking occurs.

Hundreds of public places – including beaches, parks, shopping precincts and recreation grounds in Australian “dry zones” – have been legislated, and each carries its own rules. This means it’s important to review the area you plan to drink in, because you could be committing an offence without realising it.

And before leaving this topic, it’s worth reminding ourselves of the various liquor licensing laws of every jurisdiction.

A person in South Australia, for example, commits an offence if they fail to leave licensed premises when the licensee asks because they are drunk, or fighting, threatening, abusive or insulting.

Typically, licensees in these situations have delegated their authority to crowd controllers (“bouncers”).

It’s also worth noting these security officers are considered far better trained and monitored now after the death of cricketer David Hookes in 2004, when a hotel staff member chased him into the street and punched him to the ground. The tragedy gave rise in 2005 to Standards Australia releasing a draft voluntary code on the desirable qualities of people who are employed as bouncers.

One sure way for public planners and policy-makers to rid festive events of unacceptable drunken behaviour is simply to stop the festival in its tracks. But in any case, you can only hope that with a little bit of peer pressure, a clear message might start to sink in – the days of public drunken revelry are numbered. 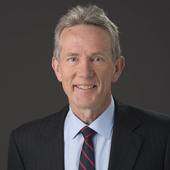 Rick Sarre receives funding from the Criminology Research Council. He is affiliated with the SA Labor Party.