TAGG-Toorak Times
Home CONTRIBUTORS/BLOGGERS The road to same-sex marriage support has been long – and the...

Wednesday’s same-sex marriage survey results represent a moment of extraordinary change. It is well within living memory that homosexuality in Australia was considered a crime, a sickness and a threat to the nation itself. The final Australian state to decriminalise male homosexuality was Tasmania, as recently as 1997. Plenty of gay men still remember the fear of prison terms that shadowed their lives.

Plenty of lesbians still remember that, although their sex lives were never criminalised, the police and the courts found ways to oppress and harass them nonetheless. Many LGBTIQ people still carry the emotional and physical scars of brutal medical interventions designed to fix something that was never broken.

And yet, from the birth of the Australian lesbian and gay rights movement at the end of the 1960s, through the growing inclusivity of LGBTIQ activist politics in the decades since, we have somehow reached a point in November 2017 where millions of heterosexual Australians have chosen to tick a box saying “yes”.

In the process, they have helped a once demonised, pathologised and criminalised minority take a major step towards equality.

There is a long history of Australian same-sex couples understanding their relationships as marriages and fighting for legal recognition. But for many of the lesbian and gay activists who built the early rights and liberation movements, marriage wasn’t part of their agenda.

Feminist critiques of marriage as a mechanism of patriarchal oppression inspired many activists to condemn the very idea of wedlock. But I don’t think it is too much of a stretch to argue that the outcome of this survey began, at least in part, in the consciousness-raisinggroups, protests and parties of the 1970s movement.

Perhaps the greatest success of early activists was convincing queer people that they deserved better; to stop listening to the harmful lies that told them they were sick, their desires were shameful and they were destined for sad and lonely lives. Instead, queer people were told to come out, be proud and change the world.

This created happier lives for many LGBTIQ people, of course. But it also dramatically shifted how the straight world understood this evil “other”. It is much harder to fear homosexuals once you’ve discovered that the lovely women who live next door are more than just roommates. That the blokes who run the local newsagency are more than simply business partners. A generation of kids has grown up with gay uncles and trans cousins in a world where the idea of “queer” represents an expansion of possibilities rather than a terrifying threat.

This change didn’t come from nowhere. It is a direct consequence of people who burst out of the closet in the 1970s, then turned around and smashed the damn thing to pieces.

The other consequence of the early movement was a tradition of organising and campaigning that has stood the community in good stead throughout this survey.

I don’t want to romanticise this activist history. The LGBTIQ community has never been a neatly united entity, harmoniously reaching for common goals. Some queer activists still argue that marriage is a force of oppression and see this campaign as a capitulation rather than a victory.

But for me, a great joy in the last few months has been watching the campaign run alongside grassroots actions ranging from street marches to flying rainbow flags off balconies. All of these acts are part of a powerful tradition and elements of one of the great social movements of Australian history.

There are, of course, many good people who voted “no”, and who will be saddened by the outcome of this survey. For many older Australians, for example, I can imagine that any change to marriage feels like a loss. I hope they will come to understand that this change will not impact them at all.

Sadly, the “no” campaign was dominated by arguments soaked in bigotry. Although attitudes to lesbian and gay couples have seen extraordinary change in recent decades, trans people still seem to comprise a scary “other” that is all too easily demonised. As a result, same-sex marriages were barely mentioned by the “no” campaign except as some kind of slippery slope that would supposedly lead to more freedoms for trans individuals.

Also all too often, an element of the “no” campaign was the idea that LGBTIQ people are a threat to children. This deeply harmful rhetoric has a long history in Australian life. “No” campaigners have demonised LGBTIQ parents and placed at risk the safety of children in rainbow families. And they have risked exacerbating the vulnerability of young LGBTIQ people in schools.

Our celebrations are bitter-sweet. The majority of Australians have rejected these hurtful arguments, and yet the campaign has revealed how much work there is left to be done.

Trans and gender non-conforming people, in particular, deserve a greater voice and the support of the rest of their community, as do LGBTIQ school students. Also needing our continued activism are the gay refugees now trapped on Manus Island. These men were forced to flee Iran to find safety. They have been placed by the Australian government in a country in which homosexuality remains illegal.

The personal is political

Feminist and gay liberation activists in the 1970s embraced the slogan “the personal is political”, so permit me a personal reflection on this political moment. I’ve been surprised by how much this campaign has affected me. I’m a middle-aged gay man with an amazing partner and incredibly supportive family, friends and colleagues. I imagined that the “no” campaign would simply wash over me.

But I’ve been deeply hurt by so much of what has been said about people I love. I worry for the impact I’ve seen this campaign have on families. I’m angry that the validity of my relationship was considered an open question. I’m furious that every homophobe who has ever spat offensive words at me and threatened me with violence has been given an opportunity to place further judgement.

But I’m also incredibly proud. My community has fought a campaign that was overwhelmingly positive. Our straight and cisgender (those whose gender and biological sex align) allies have stood alongside us, offering their support in ways that I’ve found truly moving. And the majority of Australians has cared enough about this issue to find a letterbox and send in their “yes” vote. There is much to feel good about in that.

And so this goes back to the parliament, where it should have been resolved in the first place, and the next battle for LGBTIQ activists begins. It is only since 2013 that LGBTIQ people have been protected under federal anti-discrimination laws. It is now up to the prime minister to reject any marriage bill that diminishes these protections. Right now, it is the least he can do. 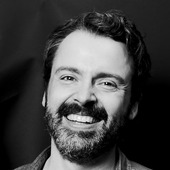 Kumanjayi Walker murder trial will be a first in NT for an Indigenous death in custody. Why has it taken so long?

Land clearing on the rise as legal ‘thinning’ proves far from...