On the face of it, the National Energy Guarantee (NEG), adopted as Coalition policy at a party room meeting yesterday, appears to promise the certainty that industry, consumers and experts have desperately sought for the past decade. But beware: there is a renewable energy train coming down the track that is unstoppable.

The NEG cannot stop the train, but it could act as a guide rail to steer it – or even safely accelerate it – by reducing investment risk and lowering the cost of finance for renewable energy projects.

The latest figures indicate that the renewable energy train will smash Australia’s 2020 Renewable Energy Target. Assuming that the current pace of renewable energy investment continues (and there is good reason to expect that it will, given the unarguable economics of plummeting renewable energy prices worldwide), then the electricity sector would be on track to hit the government’s 26% emissions reduction target by 2030 with virtually no policy help at all.

The unstoppable renewable energy train may even end up contributing the lion’s share of the reductions needed to achieve Australia’s economy-wide target of cutting emissions by 26-28% relative to 2005 levels by 2030.

This would particularly be the case if we ramped up the electrification of other sectors such as transport and industry, and encouraged householders to replace gas with electricity for heating and cooking.

The big issue then would be whether the rest of the electricity system can adapt quickly enough as renewable energy reaches 50% and above. This would call for significant grid upgrades and storage systems, so as to provide efficient and reliable supply.

With the NEG projected to deliver no more than 36% renewable energy by 2030, one could argue that this policy is simply waving from the platform as the renewables train goes whooshing by. But this argument ignores the impetus that the NEG would provide to advancing climate policy as a whole.

The NEG is widely regarded by energy analysts as the fourth-best solution – after a carbon pricing system, an emissions intensity scheme, or a clean energy target. But while many commentators have taken issue with both its ambition and its effectiveness, legislating the NEG would undeniably break the policy paralysis that has stopped Australia from moving forward for so many years.

There is no reason why a future government could not introduce other measures – such as an economy-wide price on carbon, regarded by most economists as the most efficient way to combat climate change. Such a scheme could be laid right over the top of the NEG and would drive further transformation not just of the electricity market, but every other sector of the economy. This would be complementary to the NEG and could help decarbonise the electricity sector even more rapidly.

Yet much of the opposition to the policy has come from government backbenchers concerned that it already puts too much emphasis on cutting emissions. How, then, can the NEG thread the political needle without being compromised as an effective tool for decarbonisation?

First, the mechanism itself needs to be decoupled from the ambition. That is, the politically charged emissions reduction target needs to be set not in legislation but by regulation, so that it can easily be used as a dial to tune the level of ambition.

Any future government could then ramp up the electricity sector’s emissions target beyond 26%. This could be done either to cover the inevitable shortfall in other sectors (where emissions reductions are harder to achieve), or to help deliver a steeper emissions-reduction trajectory if required by the world’s post-Paris progress. Bear in mind that signatories to the Paris Agreement have agreed to periodically review and tighten their emissions goals, meaning that Australia’s current target will probably be revised upwards.

Critics of this approach might argue that it provides less certainty to industry, rather than more. But the certainty would be established by the mechanism of emissions reductions rather than the rate. If that sounds hard to envisage, consider how financial institutions plan and prepare for changes to interest rates, within a broad economic regulatory framework.

A timetable for reviewing and adjusting emissions targets could be set in much the same way as the Reserve Bank of Australia handles interest rates, although this should perhaps be done on timeframes measured in years rather than months.

Second, the states need to be able to set their own renewable energy targets, independently of those states that currently have no target, such as New South Wales. One way to implement this would be for all states to agree to each comply with the minimum 26% target so there would be no free-riding on the back of those states that decide to be more ambitious than the national baseline.

Whatever happens, the renewable energy train is building momentum, and the debates within COAG and with intransigent elements in the federal Coalition party room may end up being irrelevant in the long run.But for the sake of our future, the resolution of climate and energy policy via the NEG will be an important baby step that helps to underpin the cost of decarbonising our entire economy. To do that, we must first pick the lowest-hanging fruit: the electricity sector.

: Explainer: what is a ‘low emissions target’ and how would it work? 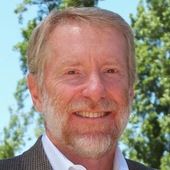 Australia shouldn’t ‘open up’ before we vaccinate at least 80% of the population. Here’s why

Grattan on Saturday: Albanese lightens his boat, ahead of the battle of the ‘grey men’

Dead, shrivelled frogs are unexpectedly turning up across eastern Australia. We need your help to find out why

Census 2021 is almost here — what’s changed since #censusfail? What’s at stake in this pandemic survey?

Grattan on Saturday: Albanese lightens his boat, ahead of the battle...

Dead, shrivelled frogs are unexpectedly turning up across eastern Australia. We...