The year has been a strange one for sports lovers.

We’ve seen athlete protests here and around the world. Where big gatherings have been permitted in the US, discordant NFL crowds have highlighted America’s divisions.

Australian stadium rules have varied from state to state and the AFL Grand Final will be played before a smaller than normal crowd at the Gabba rather than the MCG. Sunday’s NRL Grand Final, meanwhile, will bring 40,000 fans together.

Sport can unite people with a common sense of purpose and identity. The sporting crowd

This power of cheering — or jeering — goes back to ancient times.

By the late Roman Republic, prominent statesmen were expected to provide public entertainments, which also served to keep the masses content and under control.

Like his predecessors, emperor Augustus organised gladiatorial games but also a number of athletic events, taking his inspiration from the Greek Olympic Games.

To commemorate his victory against Antony and Cleopatra in 31 BC at the naval battle of Actium, Augustus established the Actian Games, which took place every four years in emulation of the Olympic Games.

Notably, in his Res Gestae, the public summation of his reign, Augustus rejoiced in his games alongside his conquests. In each of the events he attended, the leader and his public barracked in chorus and their harmony represented the harmony of the state.

The same could not be said of the chariot races between rival teams — the Blues and the Greens — in Constantinople in 532 AD. Emperor Justinian, an unpopular ruler, was watching at the hippodrome with up to 100,000 spectators at one of the 70-odd races held there annually. Then the crowd turned on him.

The amphitheatre had already been the scene of chaos in 501 AD, when the Greens ambushed the Blues and massacred 3,000 people.

Yet in 532 AD, the fans, upset by Justinian’s high taxes and poor response to their political demands, along with widespread corruption among his officials, put sporting rivalries aside to chant “Nika!” in unison, meaning “Conquer!” A slogan typically used to cheer on charioteers, was now directed against the emperor. Massive civic unrest erupted for a week; the city was torched, its major church (Agia Sophia burnt, and thousands murdered.

Justinian’s reign went on to be marred by disaster: from 541 to 549 AD, Constantinople suffered the first old world pandemic. In 542 AD alone, 5,000—10,000 deaths occurred daily, until one third of the population was wiped out. Justinian was infected and although he survived the plague, he remained unpopular.

At sporting events and other large crowd spectacles in the ancient world, people could pitch requests and voice socioeconomic grievances.

It was customary for high officials — the emperor, his ministers, or local authorities — to be present, and they were expected to respond to such petitions.

In 362 AD, the people of Antioch, in Roman Syria, greeted the emperor Julian in the hippodrome with the chant, “Everything is plentiful, everything is dear,” protesting the high prices of grain in the city.

In first century Alexandria, meanwhile, which was home to a large Jewish population, racial tension, combined with racially-based tax exemptions and civic rights, found expression at sports grounds and public events. Violence consumed the city in 38 and again in 66. It began at the gymnasium and the theatre.

The importance of sport for cementing authority was also reflected in 540 AD when the Sasanian king Khosrau I tried to oversee chariot racing in a captured Roman city in Asia Minor. According to the historian Procopius , Khosrau demanded that the Blues lose the race because he knew they were Justinian’s favourite team!

Although we now interpret political legitimacy differently to the ancients, aspects of our sporting events are the same.

There is the conspicuous presence of politicians, singing of anthems, the over-the-top displays of military might and performances.

And, as in ancient times, symbolic or vocal protests in venues and at events laden with national significance are hard to ignore. When these actions are witnessed by thousands and speak to raw existential conflict, such as famine (in the past) or racism (today), they become even more powerful.

This year’s grand final has already been mired in political point-scoring. How the crowd behaves remains to be seen. 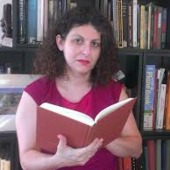 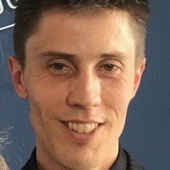 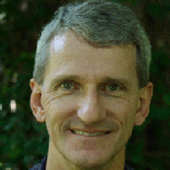