Perhaps buoyed by a 67% increase in the sale of electric cars in Australia last year – albeit coming off a low base – the federal government this month announced a A$6 million funding injection for a network of ultra-fast electric vehicle recharging stations.

Eighteen stations will be located no more than 200km apart on the main highway linking Brisbane, Sydney, Canberra, Melbourne and Adelaide. A further three stations will be built near Perth. All will be powered by renewable energy.

The network will address the issue of “range anxiety” – the fear that your car will run out of puff before reaching its destination – that particularly concerns motorists in a country as big as Australia. If your electric vehicle needs charging every 200km or so, that’s a lot of stopping between Sydney and Melbourne – and what if you can’t find a charging station?

The newest electric vehicles can cover up to 594km on a single charge. That improvement, together with the new charging network, will do much to address range anxiety. But as is often the case, the devil may be in the detail.

We don’t yet know how many fast-charging ports will be available at each station, but the number of ports is often limited due to high infrastructure costs. Even a fast charge takes about 15 minutes, so queues are likely. If a 10-minute wait at your local petrol station irritates you, imagine waiting an hour or more at an electric recharge station.

But the new network is undoubtedly a step forward, and such progress is necessary to keep electric-curious prospective motorists in the game. Of that 67% increase in electric vehicles sales mentioned earlier, the vast majority are business fleet vehicles. Private car buyers are still slow to take the plunge.

Australia is in the midst of a classic chicken-and-egg situation when it comes to growing the electric vehicle market, with the result that we’re well behind where we should be. Buyers want to see more infrastructure and perhaps some government-funded incentives (just look what a A$2,000 subsidy scheme did for the LPG market). But governments need to be confident that people will definitely buy electric cars before taking the plunge.

Now that there’s some movement afoot from both parties, there’s a third player to consider: the electricity utilities.

If most electric vehicle owners plug in their vehicle when they get home from work of an evening – just as many of us let our phone run down during the day and then throw it on the kitchen-bench charger when we walk in the door – this could pose significant problems for the electricity grid.

According to one British estimate, as few as six cars charging at the same time on a street at peak times could lead to local brownouts (a drop in voltage supply). That might sound extreme, but it’s fair to say that daily electric car charging collectively shortens the life of electricity infrastructure such as transformers.

For this reason, my colleagues and I have researched smart charging strategies aimed at preventing the peak load period for electric car charging from overlapping with the residential peak.

The issue is even more acute when using domestic renewable energy, because of the “duck curve” – which shows the timing imbalance between peak demand and peak renewable energy production. As the name suggests, the graph is shaped like a duck.

The duck curve can be smoothed out with the help of power storage technologies such as batteries, and by behavioural change on the part of consumers (such as temporal load shifting).

Our model can also help electric vehicle owners find a nearby charging station with the least estimated waiting time and cost, in real time. This also opens up a new avenue for the electric utilities, which can work with charging service providers to adjust the prices at different charging locations so as to to distribute the load evenly across the charging network, and reduce waiting times into the bargain.

Unfortunately the utility companies don’t seem particularly interested yet, perhaps because it’s not an immediate problem. But it soon will be if the take-up of electric vehicles continues on its current trajectory.

It’s unfortunate that Australia is lagging behind other developed countries when it comes to electric vehicle adoption. But this can work in our favour if we learn from other countries and take a more systematic approach. A lot can be achieved through proper planning.

In Australia we’ll need to see continued and better marketing of both the advantages of reducing emissions (electric vehicles are essential for the long-term decarbonisation of the electricity and transport sectors), as well as clearer cost-benefit analysis of the economic savings that can be made through personal and government investment in electric vehicles. 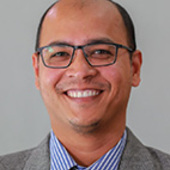