Over the next two weekends, the Australian Football League celebrates the contribution of Indigenous peoples to the history of the game.

At the same time, a new documentary will show how one of the modern Indigenous superstars of the sport, Adam Goodes, was driven from it by prejudice and repeated denigration.

Clearly, Indigenous players have made huge inroads in professional Australian football leagues. In fact, to mark this year’s Indigenous round, the AFL Players Association recently updated its map celebrating the 84 male Indigenous players and 13 female players in the league and showing where they come from.

But in order to understand how we got to this point, it’s important to know the full history of Indigenous involvement in the sport, including the discrimination faced by players like Goodes, and all those who came before him.

The early days on missions and stations

In my latest book, Aboriginal People and Australian Football in the Nineteenth Century, I examine the long history of Aboriginal involvement in Australian football since the game was codified in the middle of the 19th century. It’s a story of resilience in the face of sometimes overwhelming obstacles to their participation.

By the 1860s, the Indigenous population of Victoria had been drastically reduced to just a few thousand people, due largely to massacres, disease, and the other impacts of European settlement. Most of these people were confined to missions or stations in remote parts of the colony under the control of “protectors.”

In the second half of the century, the Indigenous inhabitants of these institutions saw the white settlers playing football and sought to take part. They brought skills developed in hunting and their own games like marngrook and joined the white players in football games, first as individuals and then by forming their own teams.

Eventually, the Indigenous teams started taking part in and then winning local leagues. It was a triumph of the human spirit in the face of appalling adversity.

This story can only be told because the deeds of these early generations of Indigenous players were reported in the sports pages of newspapers digitised by the National Library of Australia. Indigenous deeds on the field were being recounted positively, a contrast to the typical media reports of the day focused on “outrages” committed by – or less often, against – our original inhabitants.

The numbers of Indigenous players remained small throughout the 19th century and getting leave to compete from the missions and stations was often difficult or inconsistent. Indigenous Australians may have found it slightly easier to break into individual sports like pedestrianism or boxing than team games like cricket and football at the time.

But many Indigenous teams found success. At Coranderrk in the Upper Yarra Valley near Melbourne, Indigenous people from the station began playing regularly in the 1890s, forming a team to compete in local competitions involving three non-Aboriginal teams, Healesville, Lilydale and Yarra Glen.

Dick Rowan was invited to play with the South Melbourne club in 1892, but when he sought permission to play again the following season, he was refused by the Board for the Protection of Aborigines of Victoria. Their reason: if he was allowed to play, others would wish to follow. The board wanted to keep Indigenous people on the periphery.

In 1911, the Coranderrk team won the local league against white teams for the first time, but could not field a team the following year after several of their players were recruited by other clubs.

Other dominant Indigenous teams of the era included Framlingham, Lake Condah, Lake Tyers and above all Cummeragunja. Cummeragunja had suffered heavy defeats in the late 1880s, but the team eventually became so strong that it won the Western and Moira League five out of six years, and was promptly handicapped. (They were not allowed to field players over the age of 25.) In 1900, they ran rings around a strong Bendigo team and gave a Ballarat team a close game, as well.

Lake Tyers in Gippsland followed a similar pattern. After the first world war, the team became the receptacle for Indigenous players moved from other stations and missions around the state and was extremely successful, winning the East Gippsland League in 1934, 1938 and 1939.

Critics will point out that this was only “bush football”, but that was all that was on offer to Indigenous teams. They could not get regular matches against professional Melbourne teams, and Indigenous players were denied opportunities to play in senior leagues owing to racial bias.

There were a few exceptions, including Doug Nicholls from Cummeragunja, who was later knighted and became governor of South Australia. He rhapsodised about playing the game:

Once on the football field, I forget everything else. I’m playing football. I never take my eyes off that ball. My aim is not only to beat my opponent, but also to serve my side. I realise that in football as in other things, it’s team-work that tells.

My aim in writing this book was to show how the history of the game could be rewritten to better reflect Indigenous contributions and experiences by using newspapers and other materials of the day as a basis, even the much maligned “colonial record”. This may assist Indigenous peoples to tell the story from their perspective about what happened to their ancestors and their more recent history.

As the Wiradjuri historian Lawrence Bamblett argues, this could have a positive impact on the sport and help counter the racism and discrimination that Indigenous peoples still face both on and off the field.

…broadening the discourse will bring representations of Aborigines in the writing about sport more closely into line with the richer lived experiences of individuals, and this in itself combats racism.

My hope is that some young Indigenous people with an interest in football will take up this story and tell it from their unique perspective. 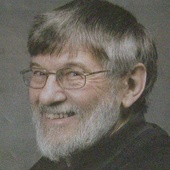