Home TOORAK TIMES - SOCIALLY AWARE ART/CULTURE FEATURES The history of the shopping centre Santa, and how he became a...

Much to the delight of children (and maybe some adults), Santa arriving in shopping centres all around Australia signals the beginning of Christmas shopping.

Santa has become a mainstay of shopping centres in December, driven by nostalgia and commerce.

But who is this jolly fat man, in a bright red suit, promising to deliver on the wishes of children, and why can we always expect him to visit Aussie shopping centres in December?

A brief history of Santa

The earliest known painting of Santa Claus is that by Robert Weir (1837). Weir depicted Santa as elf-like, wearing a red cape and boots, exiting a fireplace.

Cartoonist, Thomas Nast in 1866 constructed the modern version of Santa we know today, a round man-like gnome, with a white beard, dressed in a bright red suit.

Retailers began to leverage the “invented tradition” of Christmas in the early 1800s. The earliest usage of Santa for commercial purposes, perhaps the first, was on a flyer for a New York jewellery store in the mid-1820s.

Stephen Nissenbaum, in his book The Battle for Christmas, suggested this image of Santa was reproduced in a variety of printed forms and then in 1841, an innovative shopkeeper from Philadelphia created a life-size model of Santa. It wasn’t long until “live” Santa Claus’ began appearing on street corners.

In 1891, Salvation Army Captain Joseph McFee set about raising funds to provide a free Christmas dinner to the poverty-stricken. He took a crab pot from the local wharf, hung it from a tripod at a busy intersection, with the sign: “Fill the Pot for the Poor – Free Dinner on Christmas Day.”

Soon, unemployed men were employed to dress in Santa Claus suits, with red kettles and ringing bells in the streets of New York to solicit donations.

At around the same time, some stores began to use “live” Santa Claus’ in their window displays and toy departments and by 1910, the presence of a “live” Santa became a requirement for any department store.

The business of Santa

Modern retail Christmas has evolved from a cluster of practices in social and commercial contexts.

Desperate to attract shoppers, from around the end of November, Santa’s Workshops, Grottos and Winter Wonderlands miraculously started appearing in shopping centres. Their appearance signals the start of Christmas shopping, extended trading and gift giving.

The business of Santa, has become a viable business model, that creates positive experiences in shopping centres and employment for mostly older, retired men. One organisation, Scene to Believe, reports to hiring up to 500 Santas each year. Companies like Santa for Hire , The Real Santa provide Santa Claus impersonators to hundreds of shopping centres throughout Australia, New Zealand and North America. The Santa Claus Conservatory provide training for potential Santa Claus “candidates”.

The nostalgia of Santa

Nostalgia has always been a relevant emotion at Christmas. I recall my father taking me to the John Martins’ Christmas Pageant in Adelaide during the 1970s. I have friends that still drag their adult kids to centres to “re-create” that moment in time. Nostalgia however has become a commodity, that can be bought and sold. Nostalgic marketing emerged from the 1970s and is employed to connect consumers to their past.

Many adults would remember their childhood, visiting the famous Myer Melbourne Christmas Windows, which have been entertaining families for 66 years. Since 1933, Adelaide’s Christmas Pageant, the largest public parade in the southern hemisphere, has drawn over 300,000 people to the CBD.

Hence, the consumer rituals connected with Christmas, like department store Christmas windows, pageants and Santa photos, aim to persuade us to reminisce on the past, experience a sense of nostalgia, and lure us into the tradition of Christmas shopping.

The future for Santa

Last Christmas, Centennial, which runs a national portfolio of US shopping malls, replaced their traditional Santa sets with interactive augmented reality encounters, and a new crop of video-chat companies, like Talk to Santa and Welcome Santa, are giving families the chance to connect with Santa from the comfort of their own smart devices.

Just as shoppers have moved online because of COVID-19, Santa is bound to follow, for those shoppers wary about physical contact.

Read more: The borrowed customs and traditions of Christmas celebrations 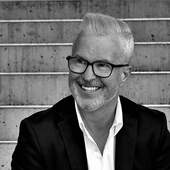 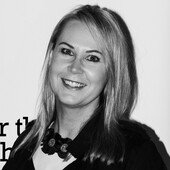