Women make up just 3% of those employed in the electrotechnology and telecommunications trades, and only 1% of those working in construction, engineering and automotive trades.

Governments, industries and education providers have long tried to overcome skills shortages in the manual trades by encouraging more women to pursue these careers. But the gender imbalance remains entrenched due in part to a culture that resists diversity.

A research project that we’ve been leading at Charles Sturt University has shown that boosting the number of women in the manual trades requires cultural shifts in society as much as within the industries themselves.

Quite simply, the manual trades are perceived to be masculine professions. This means that girls generally don’t consider careers in these fields.

Moreover, many of their parents actively discourage them from doing so. They fear their daughters will be at risk in a male environment, that there is too much heavy lifting and dirty work.

Schools and other education facilities help to reinforce this gendered division of labour by sending mostly boys on school work experience programs.

Further complicating the issue is the fact that parents and schools generally do not understand career pathways in the trades. Career advisers encourage the idea that the trades are for kids without good grades – a damaging misperception. Grades and university placements are celebrated in society, while progression into the trades is not. Most people don’t realise one can become a trade specialist with further education, or some day go into management.

Many trades actively try to recruit girls and women, but due to these social stigmas and cultural norms, the recruitment pool is quite shallow.

Recruitment is only half the problem, though. Retention is another issue.

Women report that bullying, harassment, foul language and sexist jokes are common in the trades. Chauvinist attitudes are ingrained in many workplaces. Rumours that women only acquired their jobs through “sexual favours” or that they are receiving preferential treatment and need special allowances are persistent.

Some men also refuse to give women the same help they would offer their male colleagues, a problem that can be physically dangerous.

Our research has shown that in regional New South Wales, however, some women do survive – and thrive – in the trades. Programs here are helping women break through the barriers. These include mentoring programs specifically for women, buddy systems and all-female work teams. Networking initiatives connecting women to others in the trade have also been successful.

Our research shows that community education and the earlier engagement of girls can help normalise the role of the “tradie” for girls. For example, a program in NSW called Women’s Sheds teaches women of all ages how to use tools, make repairs and build things. Another highly successful program, Supporting and Linking Tradeswomen, involves qualified tradeswomen sharing their experiences with schoolchildren and women in the community.

Apprenticeship providers in regional NSW are also proving to be highly successful in placing female tradies with employers. Companies are also trying to remove gender biasfrom their recruitment advertisements, thereby increasing their recruitment pool and tackling the skills shortage.

And some companies are challenging the traditionally sexist attitudes that remain a problem for women on the job. Cadia Mines, for example, provides contact officers to all female employees for safety, support and training.

What’s driving this slow transformation is a growing belief that the industry is more profitable when there is diversity in the workforce. But much work remains to be done. For example, government and industry leaders need to develop stronger codes of etiquette to improve workplace culture in the manual trades. The expectation that women should just try to “fit in” and “be one of the boys” also needs to change.

Cultural and social adjustments can build on the incremental improvements that have been made. These include changing everything from the social perceptions of the trades and family expectations to the availability of school-based work experience and the advice of career counsellors.

Another critical element is creating workplace cultures that are inclusive of women and accepting of diversity, not seeking to push this away. 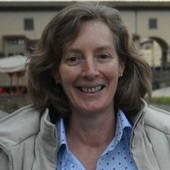 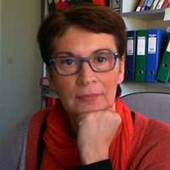 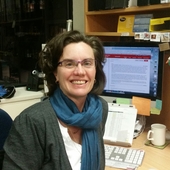 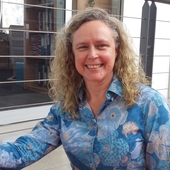 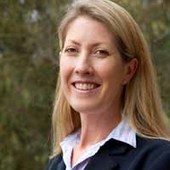