The epic, 550-million-year story of Uluṟu, and the spectacular forces that led to its formation

Part of the magic of Uluru is the way it tricks your senses. Deep orange by day, at sunrise and sunset it appears to change colour, becoming a more vibrant shade of red, and then almost purple.

Its size also seems to change depending on your perspective. Approaching Uluru from afar you are struck by how small it appears. But as you get closer, you realise it is truly a huge mountain, a behemoth in the middle of the comparatively flat Australian desert.

Australian geologists are now revealing yet another dimension to Uluru’s magic: the spectacular forces that led to its formation.

Uluru is a time capsule. Within its sand grains there is an epic 550-million-year saga of continents colliding, mountains rising and falling, and the remarkable strength of our most iconic mountain.

To the Anangu, Uluru is sacred. The Anangu are the owners of the land on which Uluru sits and they have long understood its magic.

Their Dreaming stories tell of the dramatic creation of Uluru and Kata Tjuta on the previously featureless Earth by ancestral creator beings known as the Tjukuritja or Waparitja.

If you get the opportunity to tour Uluru with a Traditional Owner you will hear stories about the significance of some of the dimples, caves and undulations, many of which have a unique and important place in Anangu culture.

Compared to the Traditional Owners, whose knowledge dates back several tens of thousands of years, scientists have only realised the significance of Uluru over the last 30 years or so.

Uluru’s geological history has been revealed by assembling different types of data, like pieces of a giant jigsaw puzzle. That puzzle is taking shape and the scene it reveals is perhaps even more spectacular than the rock itself.

To tell Uluru’s story from the beginning we need to travel back in time 550 million years.

Earth’s tectonic plates are constantly in motion, continents collide with each other and then rift apart. Around 550 million years ago, continents collided as part of the assembly of the supercontinent Gondwana, one of several times in Earth’s history where most of the continents were stuck together in one continuous piece of land.

Back then, a map of our globe would have looked very different. At this time, Antarctica was nestled against the Great Australian Bite. If you were around then you could have walked from Australia directly into Antarctica without getting your shoes wet. India was situated to the west of Western Australia when it was pulled toward our continent and smashed into the coastline.

Read more: Sunday essay: truth telling, Return to Uluru and reckoning with the sins of fathers

India and Australia’s collision caused massive stresses to reverberate throughout the Australian crust, like waves of energy crashing through the continent. When those waves got to Central Australia, something pretty remarkable happened that geologists can understand by mapping the rocks beneath the surface.

Those maps reveal a complex network of ancient, interwoven fractures and faults, similar to the famous San Andreas fault network. Unlike a fracture in your arm bone, these faults never healed, so they remained broken, forming weak zones susceptible to breaking and moving again.

So, when the waves of energy from WA reached Central Australia, the network of fractures moved, pushing rock packages on top of each other. As the rocks moved past each other, they also moved upwards and were thrust into the air.

Each fault rupture moved the rocks so quickly that huge earthquakes shook the ground. Gradually, these faults uplifted an enormous mountain range. It was called the Petermann mountains, and it was unlike anything in Australia today.

The mountains were hundreds of kilometres long and five kilometres high, more akin to the Indian Himalaya than Australia’s Great Dividing Range.

Read more: What’s Australia made of? Geologically, it depends on the state you’re in

They were mostly made of granite, a rock that crystallises from molten rock (magma) deep underground. This granite was pushed up to the surface in the mountain-building process. Normally, mountains would be covered in vegetation, but 550 million years ago land plants had not yet evolved, meaning these mountains were probably bare.

Boulders cracked off, an ocean formed

Bare mountains weather quickly because they are more exposed to rain and wind. Big cracks formed in the granite, splitting away rocks and boulders, which fell into rivers gushing down deep valleys carved into the mountain.

As the eroded rocks tumbled in the torrential water, they broke apart, until only grains of sand remained, like the sand you see on the bottom of a river bed. These huge braided rivers came off the northern side of the Petermann mountains and snaked across the landscape until the rivers entered a low-lying region, called a sedimentary basin.

When the river reached the basin, the sediment from the mountains dropped out of the water, depositing layer upon layer of sand. The weight of it pushed down on the underlying rock, causing the basin to deepen until it was kilometres thick.

The overlying layers compacted the sand deposited previously, forming a rock called sandstone. Over time the basin continued to deepen and was covered by water, forming an inland ocean lapping at the foot of the huge mountain range.

Ancient faults reawakened, and Uluru rose from the ocean

Sediment continued to deposit into the ocean until about 300 million years ago when the ancient faults began to reawaken during a new mountain-building event called the Alice Springs orogeny.

The thick layers of sand that had cemented into solid sandstone were uplifted above sea level. Squeezed together by huge tectonic forces, the layers buckled and folded into M-shapes. The apex, or hinge of folds, was compressed more than surrounding rocks, and it is from the hinge of a massive fold that Uluru formed.

Folding and deformation made Uluru strong and able to resist the forces of weathering that eroded the surrounding, weaker rocks, including almost all of the once mighty Petermann mountains. If we could dig underneath Uluru, we would see it is only the very tip of a rock sequence that extends kilometres down under the surface, like a rock iceberg.

Uluru is a sacred site to Anangu and our respect for their deep knowledge and ownership of this land means we no longer climb Uluṟu.

But even if we could, why would we want to? Uluru’s magic is most evident when you stand at its base, look up, and picture in your mind the enormous forces that conspired to form it. 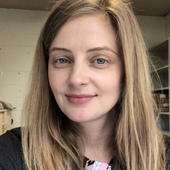 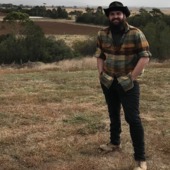 Melanie Finch is the President of the Women in Earth and Environmental Sciences Australasia (WOMEESA) Network. She is a 2021-2022 Science and Technology Australia Superstar of STEM.

Andrew Giles does not work for, consult, own shares in or receive funding from any company or organisation that would benefit from this article, and has disclosed no relevant affiliations beyond their academic appointment.

Guest Author
Share
Facebook
Twitter
Pinterest
WhatsApp
Linkedin
Email
Print
Previous articleTake a closer look: how more and more students are catching the citizen science bug
Next articleWhen should you go to hospital for a headache? A doctor explains how to tell if it’s an emergency