Former Treasurer Josh Frydenberg’s shock loss to an independent running on a climate action platform wasn’t a fluke event. “Teal” independents have ousted five of Frydenberg’s colleagues, all harvesting votes from conservative heartland and all calling for more action on climate change.

Amid the wreckage, Frydenberg was asked whether the Liberals needed to rethink their policies on climate change. His response – that he didn’t believe Australia had been “well served by the culture wars on climate change” – deserves analysis.

Who started the culture war on climate change? And are we nearing its demise? Our research, published this month, provides some clues.

We found that approximately a third of Australians – predominantly conservatives – maintain that climate change is not caused by human activity, but rather by natural environmental fluctuations.

Crucially, however, we also found signs the conservative position against climate science has weakened over time. The election results reinforce this message, with a projection of six teal independents nationwide and two new Green seats in Queensland.

As such, this election may well be remembered as the first cracks in the dam wall of conservative-led climate scepticism.

Historically, science has been excluded from “left” and “right” political culture wars. Science, it was agreed, was best left to the scientists.

For example, shortly after definitive evidence emerged that chlorofluorocarbons (CFCs) were eroding the ozone layer, an international treaty committed to phasing them out. The response was swift and apolitical: in the 1980s you couldn’t tell how someone voted from knowing their stance on CFCs.

Unfortunately, this can’t be said for climate science. In 1965, there was enough scientific buzz about the dangers of carbon emissions that US President Lyndon B. Johnson delivered a message to Congress sounding the alarm.

But the seeds of climate culture wars were sown soon after. With the ear of senior politicians – and supported by think tanks and private corporations – a campaign of misinformation was started that came straight from the Big Tobacco playbook: to convince people to do nothing in the face of impending danger, you need to convince them the science is not yet in.

The campaign to scramble the science on climate change was remarkably effective: in the 2000s, 97% of climate scientists agreed about anthropogenic climate change, but people incorrectly believed scientists were divided on the issue. A scientific conclusion had been effectively positioned as a “debate”.

Originally, this had little to do with conservatism. In the early 1990s, educated Republicans saw more scientific consensus around climate change than Democrats. But this pattern has since dramatically reversed.

Climate mitigation became perceived by conservative elites as ideologically toxic – a Big Government response designed to regulate industry and the freedoms of individuals. Among the Right, politicians, think tanks, and media all started to coach other conservatives how to think about climate change.

The consequence was that a scientific issue became a political issue. Researchers investigating the predictors of climate scepticism found political allegiance blew everything else out of the water: more important than people’s personal experience of extreme weather events, their levels of education, or even their science literacy.

Australia and the climate divide

In the early 2010s, the culture wars on climate science in Australia escalated dramatically.

We found scepticism levels were staggeringly high by international standards. Over the last 10 years, about four in ten Australians either said climate change isn’t driven by human activities, or that they “don’t know” what’s causing it. Most of these people were conservatives.

But scepticism has tailed down from the high-water mark in 2013, and particularly among conservatives. Our data suggest the trigger for this change was the string of record-breaking annual global temperatures since 2015.

Read more: Australia ranks last out of 54 nations on its strategy to cope with climate change. The Glasgow summit is a chance to protect us all

As the Liberal party and conservative voters ponder what happens next, it’s worth remembering that rejection of climate science is not an inherently conservative position. International data suggest the link between conservatism and climate scepticism is largely an issue for the US and Australia.

In most countries there is no reliable relationship. Indeed, in the UK it was the conservatives who led the phasing out of coal in their country.

Pro-climate conservative leaders around the world – such as Malcolm Turnbull, Arnold Schwarzenegger and John Kasich – remind us that mitigating climate change is something that dovetails with conservative values: protecting traditional ways of life, maintaining national security and independence, and catalysing green jobs and innovation.

The success of the teal independents highlights that many conservative Australians want climate action. The election result could pressure the Liberal party into deleting climate science from the culture wars.

This will not be easy. Australia is the world’s leading exporter of coal, and in the past inaction on climate change has been an effective wedge issue to harvest traditionally left-leaning, blue-collar votes.

But extracting climate policy from the culture wars would be game-changing in terms of our ability to unite in the face of the climate crisis, and conservatives are the ones most equipped to do so.

As the Liberals reflect on the loss of a generation of future leaders in blue ribbon seats, they may just decide that now is the time. 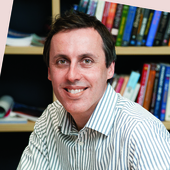 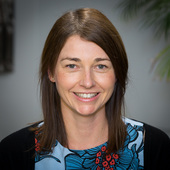 Cassandra Chapman – [Lecturer in Marketing, The University of Queensland] 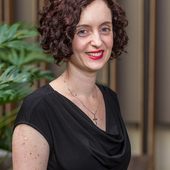 Jacquelyn Humphrey – [ The University of Queensland]

Cassandra Chapman and Jacquelyn Humphrey do not work for, consult, own shares in or receive funding from any company or organisation that would benefit from this article, and have disclosed no relevant affiliations beyond their academic appointment.