As the COP26 climate talks wind up in Glasgow, Australia has again proved itself a climate laggard on the world stage. Prime Minister Scott Morrison might be a marketing supremo, but he can’t spin his way out of his government’s failures.

Indeed, it is baffling the prime minister would think his new commitment to net zero emissions by 2050 would be enough to warrant a plane ticket to Scotland.

But while Morrison does not appear to understand – or care – what is required from Australia under the 2015 Paris Agreement, and what is at stake at COP26, his refusal to ramp up emissions reductions is starting to backfire.

In announcing his net zero commitment last month, Morrison declared “Australians will set our own path by 2050 and we’ll set it here by Australians for Australians”. This was also the message he took to the world stage at COP26, where he described his policy of “technology not taxes” to be the core of “the Australian way”.

For the first time in years Australia has a pavilion at COP.

Technology paid for by our taxes.

Most countries have a pavilion at the climate negotiations, where they host events and showcase their efforts to negotiators and observers. The Morrison government appeared to mistake COP26 for a fossil fuel expo – its pavilion was branded as “Positive energy the Australian way”, which touted fossil fuels and carbon capture and storage.

At Glasgow, the Morrison government also stuck with its paltry 2030 target, set in 2015 by the Abbott government, making it an extreme outlier among developed countries. It also refused to join the pledge to reduce methane emissions and another to phase out coal.

Morrison set the tone at the G20 meeting in Rome, just days before Glasgow, when Australia joined China and India in blocking a proposed coal phase-out. Minister for Resources Keith Pitt has since made the government’s position clear: Australia will continue to export coal for decades.

Australia already had a bad reputation

Australia already had a reputation for “gaming” the processes of carbon accounting. But Morrison took creative carbon accounting to a new level at US President Joe Biden’s climate summit in April.

Seasoned climate analysts were shocked at the metrics used, such as excluding emissions associated with extracting fossil fuels for export. This breaks with the official methodology for measuring all emissions produced within a country’s territory.

At COP26, the Morrison government has enhanced the size of its climate finance – to help Pacific and Southeast Asian neighbours with the effects of climate change – from A$500 million to A$2 billion over the next five years. However, this is well below Australia’s fair share of US$2.9 billion (A$3.96 billion) per year, based on responsibility, economic capacity and population.

Aside from the Trump administration, since 2018 Australia is also the only developed country to refuse to channel its climate finance through the multilateral Green Climate Fund. According to Donor Tracker, in recent years, Australia’s climate-related aid has had “cross-cutting objectives” and none of it went to projects that address climate change as a “principal goal”.

The annual climate COPs are, among other things, a global “show and tell”. The problem for Australia is that it had nothing to show, and no amount of telling can cover this lack. As Lord John Deben, the UK’s chief climate advisor told the ABC this week, “it was just a whole series of words”, with no understanding of “the urgency of what we have to do”.

Fijian Prime Minister Frank Bainimarama tried a different tactic. At COP26, after urging Morrison to halve Australia’s emissions by 2030, he handed him a copy of Fiji’s Climate Change Act “as a guide – it is our uniquely Fijian way of following the science to keep faith with future generations”.

The rise of “scorecard diplomacy” based on ratings and rankings of national climate performance has also made marketing cover-ups impossible.

Key examples include Climate Action Tracker, which has rated Australia’s overall performance as “highly insufficient”, and the Climate Performance Index, which ranked Australia seventh last overall – and behind Russia – in the most recent assessment announced at COP26 this week.

The “Fossil of the Day” awards go to those parties “doing the most to achieve the least” at the annual climate negotiations. Organised by Climate Action Network International, made up of over 1,500 environmental groups from around 140 countries, they are a talking point among negotiators. So far at COP26, Australia has won five fossil awards, more than any other country.

This includes the award for “aiming low” on the first day of COP26.

Australia, we’ve come to expect some unconscionable behaviour from you on climate change but this time you’ve truly outdone yourself.

Flying in the face of Paris

The Morrison government’s stubbornness on its 2030 target flies in the face of not only the goals and rules but also the core equity principles  in the Paris Agreement.

?#FossiloftheDay? Award? for yesterday, Transport Day at #COP26 goes to:

These principles require developed countries to take the lead in climate mitigation in line with their greater historical responsibility and economic capabilities. They are also required to mobilise climate finance to support to mitigation and adaptation in countries with minimal responsibility for emissions, high vulnerability and weak capacity.

The Morrison government lives in a parallel universe to the Paris Agreement in its defence of the “Australian way”. This signalling can only mean one of two things.

The first is that the rest of the world, including poor countries, must compensate by carrying most of Australia’s burden if we are to hold warming to the necessary 1.5℃ this century. The second is that the government has no interest in “keeping 1.5℃ alive,” on the assumption Australia can adapt to a hotter world and never mind the enormous suffering elsewhere.

Commitments and performance (not branding)

In international climate politics, a country’s reputation is determined by the credibility of commitments and performance over time in relation to the collective goals, principles and rules negotiated by the parties.

It is not a brand or image that can be created in Canberra and then marketed to the world like Vegemite.

Australia’s COP26 diplomacy is damaging its reputation further. There is rising anger from developing countries, which constitute the majority of world’s states.

There is also deep anxiety in our regions, among Pacific nations, where Australia is an increasingly awkward partner. Tuvalu’s foreign minister Simon Kofe filmed his COP26 speech standing thigh-deep in the ocean.

Even Australia’s closest allies, the United States and the United Kingdom, are frustrated about our the government’s stubbornness.

The free ride will end

Australia’s free ride will come to end sooner or later, as our trading partners consider imposing carbon tariffs and the export market for coal and gas shrinks.

Read more: Australia is undermining the Paris Agreement, no matter what Morrison says – we need new laws to stop this

However, the reputational damage arising from Australia’s great refusal may come to haunt us when we seek the cooperation of others. As the oceans rise, it should also haunt Australians that Fiji sent military engineers during the Black Summer fires of 2019-2020.

We may not be able to count on such help in future. 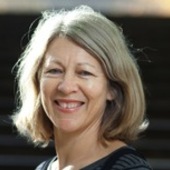 Robyn Eckersley has receive funding from the Australian Research Council.