TAGG-Toorak Times
Home CONTRIBUTORS/BLOGGERS Terrorist or hipster – what does a beard mean?

The way someone looks – the size of their nose or the abundance of body or facial hair – is an amusing topic of dinner discussions in my Lebanese–Australian family. The topic that has dominated lately has been the “look” of my two brothers. With big dark eyes, prominent noses, tattooed muscles and distinctive beards, their appearance has become an anxiety issue for my parents.

In the hope of reforming their style choices, my parents have repeatedly told them to “shave your beards off, you look like terrorists!” Their justification was all around them in the Western media: young Arabs with a beard equalled terrorist.

Early last year my parents’ plea prompted my project You Look Like a …, where I photographed young bearded men of Arabic appearance. My criteria were that they had to appear Arabic (regardless of their ethnic background) and that they wore beards not as a religious, cultural or political commitment but rather as a style choice. Of the 11 men, eight are of Arabic heritage, one of Italian heritage, one of South-American ancestry and one Anglo-Celtic.

My question was: can a young Arabic man (or a man who simply has a dark beard and dark “look”) enjoy the same style choices and physical freedoms as his fairer Anglo counterparts? I am inclined to argue that they cannot. In the West the beard itself arouses suspicion. The contemporary male hipster is defined by his abundant designer beard, in the manner of a (well-groomed) lumberjack or Ned Kelly. I’m intrigued by the entanglement of the hipster with the bearded jihadi who features with ever-increasing regularity in Western newspapers, television and Hollywood film.

These two figures have become entwined in the faces of my brothers and other young, Arabic-appearing men. The 11 men in my project reported cases of “soft” racism through jokes such as, “What are you blowing up today?” or “ISIS has stopped recruiting”. The eight of Arabic heritage all reported being stopped for “random” bag searches at the airport every time they travelled.

Nine of the men described their choice to wear a beard as one dictated by the latest male grooming trends. The remaining two simply hadn’t shaved and acknowledged their “Arabic-ness” was exaggerated with as little as a three-day growth. Another participant, George, reported a similar story to my brother’s with his parents imploring him to shave it off.

I consciously embraced the association of hispter/jihadi in this project. The portraits deliberately exaggerate what the men’s faces have in common – the beard and a dark appearance.

There’s little else to look at in the portraits. Each individual is photographed against a stark white background, wearing a uniform black T-shirt. Each man has averted his gaze from the camera, challenging the trope of identification photos that require subjects to stare into the lens.

Interestingly, if you live in the Arab world as one of my brothers does, dark skin, thick eyebrows, dark eyes and a beard constitute the desirable norm. However, in Australia it’s far from typical. While being Australian guarantees all the subjects in my portraits the rights of Australian citizenship, they cannot escape the heritage of their appearance.

My brothers accept the irony of the situation, in true hipster fashion. Rather than assimilate, hide and blend in, they wear their “Otherness”, empowered by the knowledge that their style choice is represented in the faces of other young Arabic-appearing men – not just in Newtown and Fitzroy, but the world over. 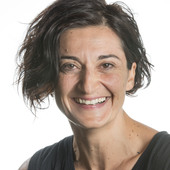 Cream of The Crate: Bobby Bright: Child Of Rock And Roll

3D television is dead… so what next?