Chugg Entertainment and Frontier Touring are pleased to announce Texas-based duo Surfaces will tour Australia and New Zealand for the very first time in July 2022, performing five headline shows in Perth, Adelaide, Melbourne, Sydney and Auckland. While in Australia, the band will also perform at Splendour In The Grass. 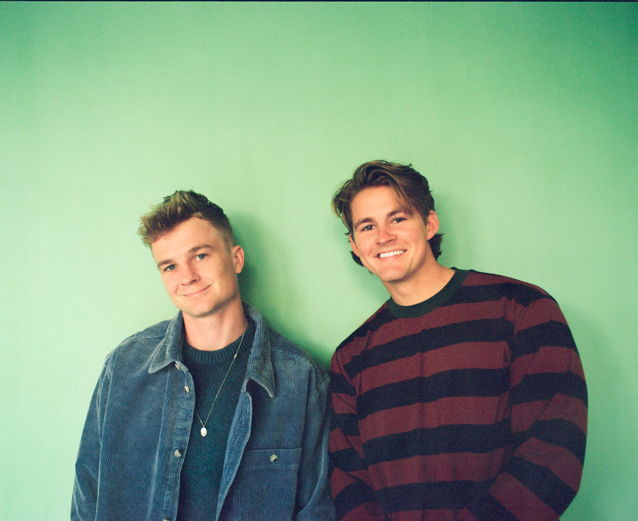 Surfaces is Forrest Frank and Colin Padalecki, the pair’s universally appealing music connecting with fans across the globe, fans finding something special in their blend of buoyant production and “no shirt, no shoes, no problem” energy. The rising hit-makers have been shattering expectations ever since they released their self-made debut album, Surf (2017).

Now, in July 2022 the band are set to head down under, fresh from a series of sold-out shows across North America late last year – including performances at festivals Lollapalooza, Life Is Beautiful, Austin City Limits, and Music Midtown. (The band were also booked for Bonnaroo pre-festival cancellation). Live onstage, Surfaces are all about good times and good vibes.

‘The crowd roared and sang louder than ever! Surfaces had given one of the most energetic and memorable encores this side of the pandemic’ – cleverock.com

Tickets for Surfaces AU/NZ dates will go on sale Thursday 10 February (12pm local time) via frontiertouring.com/surfaces. Sign up to become a Frontier Member to access the Frontier Pre-sale, which kicks off Wednesday 9 February (11am local time).

Second album Where The Light Is (2019) featured the breezy, viral summer smash single ‘Sunday Best‘. Surpassing two billion streams to date, the single reached Double Platinum status and #9 at Top 40 Pop Radio in their home country. The single’s global success led to Surfaces performing on live TV on The Tonight Show with Jimmy Fallon, Late Night with Seth Meyers, The Late Late Show with James Corden, and The TODAY Show.

Album #3 Horizons was released 2020, Surfaces soon after embarking on their first red-hot collaboration: the dreamy, anthemic ‘Learn to Fly’ – recorded with Elton John. “When the guys first sent me the song, I just loved it,” John tweeted. “It was an honour to lend my vocals and some piano.” Surfaces then captured the ethereal feeling of California’s Pacific coast on single ‘Wave Of You’, fourth album Pacifico (2021), and singles like ‘Next Thing (Loverboy)’, ‘So Far Away’, ‘Come Away’ (with salem ilese), and ‘C’est La Vie’ (with Thomas Rhett).

* Also playing Splendour In The Grass (not a Frontier show)

Patrons are advised to purchase tickets only through authorised ticket sellers.
We cannot guarantee any ticket purchase made through any means other than the official ticketing agents listed on the Frontier website.