On June 26, as part of the global “Support. Don’t Punish” campaign, Drug Policy Australia held a screening of ‘The United States vs Billie Holiday’ with a live introduction by Johann Hari, executive producer and author of the bestselling book, Chasing the Scream on which the movie is based. The movie is now available as an online rental.

In his talk with Jenny Valentish before the film, Johann said,

“We can end this fucking drug war. It is hollow; it has been a catastrophe; it’s led to disastrous outcomes. For every person that joins the fight, more lives are saved, lives like Billie Holliday.” 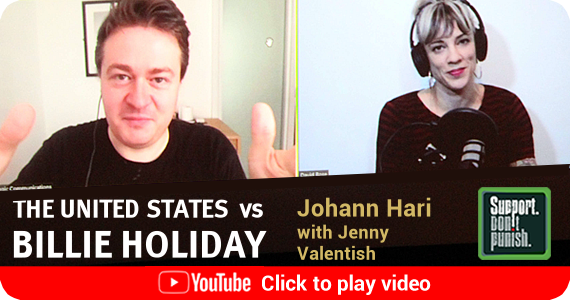 It was a massive night attended by 600 people and supported by twelve Alcohol and Other Drug supporting NGOs who provided information tables to the public.

Sydney Forum has been tentatively scheduled for October 27.

After being postponed in 2020 due to COVID-19 restrictions, our Sydney policy forum, ‘Is it Time to Legalise Drugs’, has been tentatively rescheduled for October 27. But due to the current Sydney lockdown, we are in a holding pattern and will confirm the new date shortly.

After the Mexican Supreme court ruled in 2019 that prohibiting the personal use of cannabis was unconstitutional and the government failed to enact legislation within a 2-year deadline, the court ruled in June that personal cannabis use was legal in Mexico.

Mexico now joins Canada, Uruguay and 18 US states with legal adult use of cannabis.

With the US now squeezed between Canada and Mexico, Congress is poised to remove the Federal prohibition of Cannabis.

In May this year, the Democrats who control both houses of Congress introduced the MORE Act (Marijuana Opportunity Reinvestment and Expungement Act of 2021). This groundbreaking legislation would eliminate criminal penalties, clear criminal records and create social equity programs focused on repairing damage to individuals and communities impacted by decades of prohibition.

Decriminalisation of Drugs in America

Following Oregon’s historic decision to decriminalise the personal use of all drugs, other US states, including Vermont and Illinois, are considering the same. Washington State has already introduced legislation in its lower house to decriminalise drugs.

Sadly, the driver for this dramatic policy shift is the American Opioid overdose crisis, responsible for 250 deaths every day. The US Centers for Disease Control and Prevention reported recently that in 2020 over 93,000 people died from drug overdoses.

Internationally, there has been mounting recognition for decades that the policy framework that criminalises people who use drugs does more harm than good.

How to debate the Case for Reform 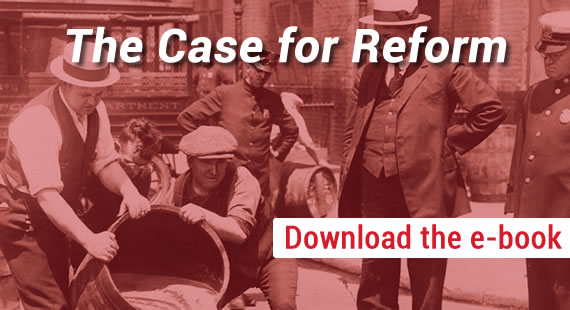 Like alcohol prohibition, drug prohibition has been an unmitigated disaster. Not only has it failed to control the trade and use of illicit drugs, but its unintended consequences threaten the health and human rights of all members of society, especially the vulnerable.

If you’d like to learn how to discuss and defend the case for reform with family and friends, this informational resource is for you.

The Case for Legal Regulation

The is a better way!

Laws do not stop people from using drugs, but the right approach can stop the needless suffering and avoidable deaths.

Having recovered from my own addiction, I appreciate how counterproductive the current drug laws are. They did not help me then, and they are not helping the thousands of families who need help with addiction today.

The stark truth is that the drug laws put our children at risk of losing their future through a criminal conviction or even their life from a tainted batch of black-market drugs.

This is why Dr John Sherman, an addiction specialist with 40 year’s experience, and I, started Drug Policy Australia.

How You Can Help

Do you agree that vulnerable Australians with problematic drug use deserve support, not punishment?

Do you agree that criminalising people for using drugs does more harm than good?

If so please help us end the persecution of vulnerable Australians that need help.

Your donation has the power to save lives!

Drug Policy Australia is a registered charity and we support our work with small monthly donations from supporters. All donations are fully Tax-deductible.

With your help, we will continue to expand our work in 2021.

Mick Pachollihttp://www.tagg.com.au
Mick created TAGG - The Alternative Gig Guide in 1979 with Helmut Katterl, the world's first real Street Magazine. He had been involved with his fathers publishing business, Toorak Times and associated publications since 1972.  Mick was also involved in Melbourne's music scene for a number of years opening venues, discovering and managing bands and providing information and support for the industry. Mick has also created a number of local festivals and is involved in not for profit and supporting local charities.
Share
Facebook
Twitter
Pinterest
WhatsApp
Linkedin
Email
Print
Previous articleWhen Is The Right Time To Call A Plumber?
Next article‘The blood of Jesus is my vaccine’: how a fringe group of Christians hijacks faith in a war against science