Sex is fascinating, important, and sometimes scary. Sex is a normal part of life. Yet, the multiplicity and richness of sexual practices on social media rarely make it into everyday conversations.

Nudes, it seems, are now part of everyday life. On social media, there are platform rules around what kinds of adult content is allowed. Some platforms heavily restrict displays of nudity or sexual activity; others allow it. But between these rules, people engage in a variety of tactics to control what facets of their identities can be seen by their audiences.

Since our audiences are mostly invisible on social media, we need to imagine who they are. This imaginary then guides what we choose to say, show, share or otherwise express.

We have spent years studying people’s sexual practices on social media. Through interviews, online observation, and content analysis we have identified three main tactics of expressing sexual selfhood: setting up alternative accounts or incorporating alternative platforms; omissions – i.e. strategically leaving out details from the information one shares; and anonymity or using a pseudonym.

Choosing to express different facets of oneself on different platforms or through different accounts is a common practice, and not necessarily a sexual one. But how these multiple platforms are used when it comes to sex, varies enormously.

Other people create alternative accounts on platforms they’re familiar with, or accounts on another platform, to express sexual aspects of their self, but keep the audiences separate.

Some people create a secondary or “alt” account for their sexual identity on Twitter. They then use it to connect with like-minded people, talk about sex and share nudes, usually in a small, intimate circle of other alt accounts.

In this space made up of networked sex accounts, sexual images flow in abundance, even if the platform more broadly is better known for images of coffee art, political talk or aggressive arguments.

This is not to say that people show their full, entire self in these secondary accounts. These are still facets. However, the facets do vary considerably in depth and detail.

For instance, on Facebook, people show their face, but not their naked body. They talk using their real name, about their jobs and maybe their children.

On Tumblr, they might show their bodies, but not their faces. They post under a pseudonym and talk about both the profound – private thoughts, desires, anxieties – and the completely trivial (a favourite dish, a beloved cartoon character, a silly joke).

Deciding what information to leave out is integral to Reddit Gonewild. This exhibitionist subreddit, a themed thread on the bulletin board Reddit, features posts of women in stages of undress and sexual pleasure. These women mostly choose to obscure their faces, avoid unique backdrops, blur out recognisable tattoos and use a pseudonym while posting.

The appeal of the posts lies in their everydayness; these are women who enjoy showing off sexually, revealing intimate parts of their bodies and lives while staying unidentifiable.

Reddit Gonewild itself encourages this, urging those posting to stay anonymous by making a “throwaway” or temporary, anonymous account; using a service that strips metadata from photos, (deleting automatically generated information like the device used, location details, and time the photo was taken); and making sure the photo obscures enough.

You should blur out tattoos or maybe certain birth marks someone could recognise if they’ve seen you in a low cut or sleeveless shirt. Don’t stand next to the wacky lamp that everyone in your dorm knows you for. Don’t pose seductively on the hood of a car with your license plate showing […]

You CAN be creative even under these constraints. Take it up as part of the challenge. Dress up your room a little! Reverse the comforter on your bed. Clear off the bathroom counter. Do anything to make the picture look sexy and fun, but make yourself a little less recognisable – a little harder to place. This is your alter ego!

It is common also to evade some questions or fabricate information in sexual social media interactions or posts. Typically, this includes changing information about where one lives.

How comfortable someone is in saying which country, state or city they are from depends quite a lot on the size of that territory, but also on their goals and needs. Wanting to receive information or access to local events, groups and people requires you to reveal your location quite accurately.

In our research, we found American participants were usually happy to name their state, some even their (large) city on NSFW Tumblr. However, people from very small European countries preferred not to share this information, to avoid being known as that one Estonian naked on the internet.

On other platforms, where choosing one’s location from a drop-down menu is a mandatory part of setting up a profile, many people interested in consuming sexual information and not interactions choose Antarctica as their location (and being 98-years-old).

Sharing information about one’s occupation followed similar logic. The more specific the field or the position, the less likely it was to be shared.

Other information sharing rules people have for themselves are less about audience segregation and more about their purposes for using social media.

Those interested in cheating might not mention they had a partner, although building a relationship from shared commiseration regarding partners is very common. Others do not mention their children on principle.

Images of faces in profile pictures are an important source of identification on social media, but names and user names continue to be the main way people are identified.

Because of this, anonymity and pseudonyms are key to any compartmentalisation strategies.

When search engines, networks, connections and tags figure so prominently in the experience of social media, using a name other than the one identifying you publicly is often the main way of maintaining contextual integrity.

Pseudonyms have a rich history of being used to communicate politically, creatively, and playfully. They are often used to segregate audiences. Mathematician Charles Dodgson, for instance, wrote children’s books under the pen name Lewis Carroll.

Her chosen name is a character, media persona and brand, as well as a way of separating her private life from her performing life. “Flame” conjures images of fire, heat, and a kind of primal, natural sexuality.

One insight that anonymous, intimate posts about sex provides us is that sharing sexual experiences and anxieties helps people feel less alone.

Last year, journalist Anna Borges published a list of anonymous insecurities about sex that people submitted to her through an online form in a BuzzFeed article: 37 confessions about sex that will make you feel less alone.

I have been plagued for as long as I can remember with the fact that I don’t have a perfect little Barbie-type vagina. I have heard so many men make jokes (not about me directly) about “roast beef” vaginas, how long labia = loose/slutty vagina, etc. So for the most part, I avoid sex with new partners for fear of judgement or grossing them out completely.

Borges presented these confessions to reassure the reader they are not unique in worrying about sex: we all have personal issues and internalised media messages that can get in the way of positive sexual experiences.

Existing as posts to websites that sit outside, yet often flow through, social media, sex confession projects frame such confessions as a healthy way to find out what other people think and do in their intimate lives.

When people feel anonymous they are more likely to share personal and intimate information, and dedicated spaces for these disclosures coupled with a culture of pseudonyms have led to many people seeking support on these bulletin boards.

But pseudonymity is not foolproof. Even when people take care to hide their identity, others sometimes endeavour to find them out.

One NSFW Tumblr study participant told of a friend’s frightening experience. It is very common to post partial images of bodies on Tumblr – legs, a slice of torso, clavicles and breasts.

An obsessive follower had collected all of these slices of a woman’s body and assembled a bizarre Frankenstein image created from it. After figuring out the town where the woman lives from image metadata and other information, the follower sent the collage and this information to the Tumblr user.

While men posting images can also have obsessive stalkers and abusers, examples such as this one reflect widespread ideas of gendered shame.

The shame that is evoked when girls and women participate in sexy identity practices works to shift responsibility from the person (usually a man) who violated trust by taking the sexy selfies out of context. The shame is redirected towards the woman who dared to be sexy or naked to a select audience.

You, or not you

Whether or not a social media account is an “alter ego” depends on how its creator thinks about it.

For some, the online sexual self expresses a completely different persona to the Facebook account they use to friend their colleagues, high school buddies and netball group.

For others, it’s considered an extension of that person; the difference between what they do in the office and the bedroom.

I think a lot of people think that when they follow social media, they understand a person as a whole, but really, any social media thing is still a persona or a ratioed amount, or a curated element of a person. It’s not the entire person […] my whole self is not owed to a certain social media channel or to a certain following.

While “compartments” suggest neat boundaries, the reality is much leakier.

There’s plenty of play between public and private accounts – even when social media platforms would prefer people to sign up with one account for what they consider to be a singular, fixed identity.

This is an edited extract from Sex and Social Media by Katrin Tiidenberg and Emily van der Nagel, out now with Emerald.

This essay was co-composed by: – 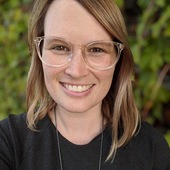 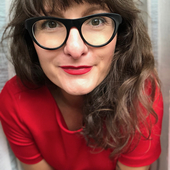