I am from Queensland. Unfortunately, from personal experience I know racism well. An early recollection of this was at six years old, my first sporting event at a new school.

I beat the local, white school hero in my opening sprint race. My win wasn’t met with congratulation, but instead with shock and tongue-in-cheek commentary about how it wasn’t a surprise I won because I was black, and black people run fast. Also, if I ever got in trouble with the cops (inevitability implied) at least I could easily get away. Hilarious!

First Nations people’s lives are dominated by white opinion and voices. In this power relation, humour is of central importance. For Aboriginal people, ridicule, denigration and insult delivered under the guise of, or trying to be passed off as, humour is nothing new. Negative stereotypes of First Nations peoples constitute the humour of the dominant culture, which often dehumanises the marginalised “other”.

Yet humour is also a way of giving voice to Aboriginal people, of telling the truth. What interests me, makes me laugh the most, and what I believe should be a focus and obligation, is taking the opportunity to educate through humour. Not being scared to tell it like it is.

Still, whatever is usually presented as the “norm” in mainstream society, predominantly in the media, has much influence over what informs perceptions of what is natural and normal. A series of recent events have prompted much commentary about what is and isn’t offensive – and to whom – all under the umbrella of humour. And they were laced with attitudes and racial stereotypes that did not bode well for better relations with First Nations peoples.

My first examples are of cartoons by Mark Knight and the late Bill Leak. I do understand that the definition of a caricature is an exaggerated and skewed depiction of certain characteristics. However, several now notorious examples by Leak were laced with more than just humorous intent. This so-called humour was just a racist set of negative stereotypes concerned with sex, violence and family life. Two stand out: his cartoon that portrayed domestic violence as part of a usual cultural experience for First Nations peoples, and another that painted Aboriginal men as irresponsible alcoholics.

Stereotypes like these also ring true for other people of colour, as we saw with the cartoon by Mark Knight depicting Serena Williams at the US Open. Said Knight: “The cartoon was just about Serena on the day having a tantrum. That’s basically it.”

Yet from the perspective of peoples of colour, it was obvious that the image was not simply about Serena having a tantrum. Not only was there misrepresentation of Serena in the cartoon but also of Naomi Osaka who is of Japanese and Haitian descent but was depicted as a white women with blonde hair. The ugly stereotypes represented here for us were rude and lazy.

Ignorance not a defence

Given the long careers of both Leak and Knight, it was very hard to believe any rebuttals about their lack of knowledge of the history of their art and denying offensive intent in these depictions. Defences of ignorance and the right to free speech, denials, and claims of being censored by political correctness and reverse racism are disingenuous. To simply respond to the discourse with phrases like “it’s political correctness gone mad” immediately attempts to dismantle and dismiss any relevance and truth behind our voices and perspective.

As a humorist and creative artist myself, I understand and accept the comedic rules around no holds barred and truth telling. However, as South African writer Sisonke Msimang said on the ABC’s Q&A program last September:

I also reject the notion that ignorance can presume innocence and that ongoing ignorance and especially denial is a vehicle for purposeful offence.

It wasn’t just white cartoonists that took us by surprise last year. International comedian and host of the Daily Show Trevor Noah also disappointed us, to say the least. An event highly anticipated by First Nations audiences – his tour of Australia – turned sour very quickly when a YouTube clip of Noah’s emerged. It quickly made the rounds through our community, raising a few red flags and a lot of questions. The call went out. Should we be supporting this guy?

The offence lay in the inference of us as Aboriginal women being inferior, being ugly and repulsive, and only worthy of consideration as objects of sexual satisfaction. I was also personally surprised at Noah’s inability to draw parallels between South Africa’s apartheid and our White Australia policy – after all, his mother is black.

Noah since 2013 has built a reputation for using humour to speak against and critically analyse racism. He has a widespread popularity that is explicitly based on anti-racist views. Dr Chelsea Bond and I subsequently invited him on our radio show to explain himself. He attempted to – but no apology was forthcoming.

What underlies the representation of Aboriginal peoples in mainstream society is a long history of denial of the norms of the brutality, cruelty and genocide. The term “political correctness” is often used to imply that those who resent this sort of racialised comedy just lack a sense of humour.

But we use humour in a different way. In Serious Frolic: Essays on Australian Humour, Professor Lillian Holt provides an overview of what she deems Australian First Nations peoples’ uniquely indefinable sense of humour. It is a universal vehicle used by the disadvantaged and marginalised as a means of expression, a tool of healing, survival and diversion from hard times.

Holt cites a scene in Phillip Noyce’s Backroads (1977), one of the first Australian films to be made with Indigenous collaboration. In it, Bill Hunter’s character, Jack, stops to ask directions from a blackfella sitting by the road.

Hey, Jackie, can I take this road to the pub?

You might as well, you white bastard. You took everything else.

A lot of comedy evolves from being a part of an oppressed group and making sense of that. And while you are trying to make sense of it you have to laugh about it.

Social media have become an important avenue for Indigenous humour. It’s a safer, less policed and regulated space in which to speak out than we’ve historically been used to.

A perfect example of this was the response to the recent Studio 10 panel in which Kerri-Anne Kennerley forcefully aired her views about First Nations peoples in remote communities. Her claims that those attending a Change the Date rally had probably never even been to the outback or a regional community weren’t taken lightly by our people.

What Kerri-Anne and Studio 10 received in response were not only expert, factually informed, firsthand responses, but also black clap backs (i.e. a quick, witty, critical comeback). The Aboriginal twittersphere was quickly inundated with the hash tag #ThingsKAKdid.

Tweets under #ThingsKAKdid included mock postings of fictional events such as the time KAK went on the Freedom Rides, the time she opened the Aboriginal tent embassy and the time she toured with the Warumpi Band. One post featured Kerri-Anne’s head superimposed onto Gough Whitlam’s, handing dirt from the land into the hands of legendary Aboriginal rights activist Vincent Lingiari.

See TOM IN OZ’s other Tweets

As always in times of hardship, attack and dismissal, we survive and prevail through humour. 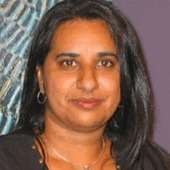 Enough ambition (and hydrogen) could get Australia to 200% renewable energy

Inside the WAKEY, WAKEY rehearsal room & final 2 weeks of...

To design safer parks for women, city planners must listen to...

Charging ahead: how Australia is innovating in battery technology

View from The Hill: Malcolm Turnbull’s home truths on the NEG...