Smoking rates in Australia are at an all-time low. And yet, nearly 11,500 people are hospitalised from smoking-related cardiovascular (heart and blood vessel) disease each year, while almost 6,500 die as a result.

And it’s not just older people dying from their addiction. More than one-third of deaths from cardiovascular disease, such as heart attack or stroke, in people under the age of 65 in Australia can be attributed to smoking.

A recent publication of the largest and most comprehensive study of smoking and cardiovascular disease in Australia is a reminder we can’t be complacent.

The study, published this week in BMC Medicine, found current smokers have a five-fold increase in the risk of peripheral vascular disease, such as gangrene. Smoking also doubles the risk of heart attack, stroke and heart failure and triples the risk of dying from these diseases. This is compared to people who have never smoked.

The study’s authors said the findings suggest that if a smoker has a heart attack or a stroke, it’s highly probable smoking caused it.

The table below shows how Australia’s smoking rates compare with four other nations with which we are often benchmarked: USA, Canada, New Zealand and the UK.

So at 15.1%, we are level with the UK. But we are almost certainly ahead of them because their 15.1% only includes people who smoke cigarettes (including rollies). It excludes people who only smoke other tobacco products, such as cigars or pipes.

But the new research shows the impacts of past decades of smoking.

What the researchers did and found

At the start of the study, none had been diagnosed with cardiovascular disease, 8% smoked and 34% had given up smoking.

The researchers used questionnaires, as well as hospitalisation and death data, to the end of 2015 and examined 36 sub-types of cardiovascular disease.

Current smokers were significantly more likely to have a diagnosis or an event (a heart attack or stroke) in 29 out of the 36 cardiovascular disease types.

The new paper estimates that every year, smoking-related cardiovascular disease results in 11,400 people being sent to hospital and 6,400 people dying. This translates to 17 preventable deaths and 31 preventable hospitalisations a day.

The authors report one-third of premature cardiovascular deaths are attributable to smoking. The same researchers earlier calculated long-term smokers have a two in three chance of dying from a smoking-caused disease.

How about those who cut back smoking?

Australians who smoke daily smoke an average 12.3 cigarettes a day. Many smokers believe cutting back instead of quitting will reduce much of the health risk.

But in this study, people who smoked four to six cigarettes a day had double the risk of dying from cardiovascular disease compared to people who had never smoked.

These results are similar to those found in smokers followed for years who had cut back rather than quit.

For example, a Norwegian cohort of 51,210 people followed from the 1970s until 2003 found “no evidence that smokers who cut down their daily cigarette consumption by >50% reduce their risk of premature death significantly”.

Another study from Korea, involving nearly half a million men followed for 11 years, found no link between smoking less and the risk of all types of cancer. While there was a significant decrease in the risk of lung cancer, this was “disproportionately smaller than that expected”.

And now, the good news

Finally, some good news for smokers who think the damage may have already been done. Quitting smoking dramatically reduces the risk of cardiovascular disease compared with continuing to smoke: the earlier the better.

People who quit smoking by age 45 avoid more than 95% of the cardiovascular disease risks related to smoking. Quitting at any age reduced their risk.

The Australian National Preventive Health Agency, set up by Labor’s health minister Nicola Roxon in the Rudd government and then axed by the Abbott government, produced a report on how best to drive tobacco control in Australia, which I co-authored. This followed a lengthy national and international evidence-based assessment and consultation on how to best accelerate the historical decline in smoking.

This report can be used to drive research and action to get smoking in Australia well below 10%. 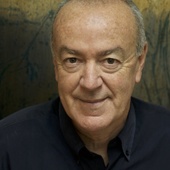