Under a new broadcast rights deal Cricket Australia will part ways with its long broadcast partner, the Nine Network, after more than 40 years.

The A$1.182 billion deal lasts six years and will commence from this coming summer through to 2024. It will be split between Seven and Foxtel.

Foxtel will pay A$100 million per year and promises to “show every ball of every over bowled in Australia”, also part of the new deal.

Foxtel will have a dedicated cricket channel. Its coverage will include: simulcasting games from Seven, exclusive rights to men’s one day international and T20 games and 16 Big Bash League matches.

A key for part of the deal for Foxtel has been it securing exclusive digital rights. 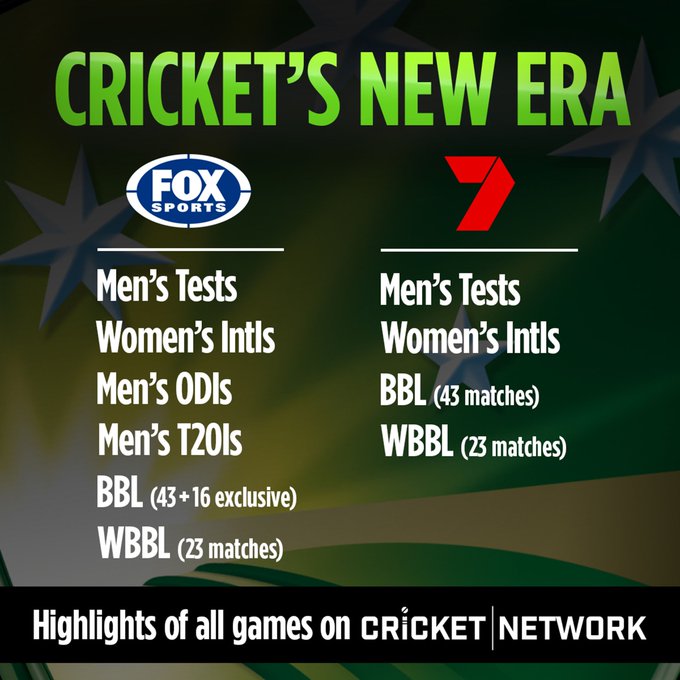 The Nine Network’s partnership with Cricket Australia had a rocky start when the Australian Cricket Board decided to ignore Kerry Packer’s bid in 1976, in favour of the then partner – the ABC. Packer then changed cricket forever with World Series Cricket.

Today’s new media rights deal is another major shift in Australian cricket history. Not only is it the first time Seven will be involved in cricket, the new deal will also allow Australian cricket fans to have access to more cricket coverage than ever.

While there are more hours, there is a definite shift in what will now be shown on free-to-air television.

The current cricket broadcast rights deal with Nine and Ten is a five year A$590 million deal, ending this year. It was an 118% increase on the previous five-year deal.

Despite this, the deal is on par with recent increases in the cost of Australian sports media rights. Cricket Australia’s new rights deal matched the percentage increase from the previous deal, (achieved by the AFL) of 67%.

The winners and losers

The rights for Foxtel are a massive win, as Foxtel has lacked Australian summer sport content. By gaining the cricket it now has a full-year calendar of Australian sport. Its exclusive digital rights will allow Foxtel to expand its streaming platforms and potentially increase subscription across both its cable and digital services.

Foxtel’s exclusive digital rights will also dictate what Seven can do with cricket coverage. In recent years Seven has established a free (with ads) and premium service for its major sporting rights, including the tennis and the Olympics. For the cricket it appears that Seven will not be able to incorporate this approach.

Despite this Seven executives see the cricket rights as a better deal in comparison to the tennis rights, which it recently lost to the Nine Network. This is because the cricket media rights give the company over 400 hours of sport, more than double that of the Australian Open

Previously UBS media analyst Eric Choi had stated that Nine lost A$30-40 million a year on the current cricket rights deal. Nine will still have cricket as part of its schedule as it has rights to the next Ashes series from England and the ODI World Cup in the UK in 2019 and the T20 World Cups in Australia in 2020.

The biggest loser from the broadcasters’ perspective is Ten, that has held the rights and gained high ratings from the Big Bash League. It will now need to find programming to fill a very big void in its summer lineup.

Now Cricket Australia has to play a balancing act to make sure cricket is not placed behind a pay-wall and therefore see levels of participation decline, as seen in the UK.

It has to ask itself, will Australians pay to watch cricket on their screens? 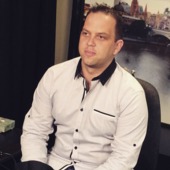