The Antarctic ice sheet is the largest mass of ice in the world, holding around 60% of the world’s fresh water. If it all melted, global average sea levels would rise by 58 metres. But scientists are grappling with exactly how global warming will affect this great ice sheet.

This knowledge gap was reflected in the latest report from the Intergovernmental Panel on Climate Change (IPCC). It contains projections from models in which important processes affecting the ice sheets, known as feedbacks and tipping points, are absent because scientific understanding is lacking.

Projected sea level rise will have widespread effects in Australia and around the world. But current projections of ice sheet melt are so wide that developing ways for societies to adapt will be incredibly expensive and difficult.

If the world is to effectively adapt to sea level rise with minimal cost, we must quickly address the uncertainty surrounding Antarctica’s melting ice sheet. This requires significant investment in scientific capacity.

Ice loss from the Antarctic and Greenland ice sheets was the largest contributor to sea level rise in recent decades. Even if all greenhouse gas emissions ceased today, the heat already in the ocean and atmosphere would cause substantial ice loss and a corresponding rise in sea levels. But exactly how much, and how fast, remains unclear.

Scientific understanding of ice sheet processes, and of the variability of the forces that affect ice sheets, is incredibly limited. This is largely because much of the ice sheets are in very remote and harsh environments, and so difficult to access.

This lack of information is one of the main sources of uncertainty in the models used to estimate ice mass loss.

At the moment, quantifying how much the Greenland and Antarctic ice sheets will contribute to sea level rise primarily involves an international scientific collaboration known as the “Ice Sheet Model Intercomparison Project for CMIP6”, or ISMIP6, of which we are part.

The project includes experts in ice sheet and climate modelling and observations. It produces computer simulations of what might happen if the polar regions melt under different climate scenarios, to improve projections of sea level rise.

The project also investigates ice sheet–climate feedbacks. In other words, it looks at how processes in the oceans and atmosphere will affect the Antarctic and Greenland ice sheets, including whether the changes might cause them to collapse – leading to large and sudden increases in sea level.

Read more: Antarctica has lost 3 trillion tonnes of ice in 25 years. Time is running out for the frozen continent

Research has identified so-called “basal melt” as the most significant driver of Antarctic ice loss. Basal melt refers to the melting of ice shelves from underneath, and in the case of Antarctica, interactions with the ocean are thought to be the main cause. But gathering scientific observations beneath ice shelves is a major logistical challenge, leading to a dearth of data about this phenomenon.

This and other constraints mean the rate of progress in ice sheet modelling has been insufficient to date, and so active ice sheet models are not included in climate models.

Scientists must instead make projections using the ice sheet models in isolation. This hinders scientific attempts to accurately simulate the feedback between ice and climate.

For example, it creates much uncertainty in how the interaction between the ocean and the ice shelf will affect ice mass loss, and how the very cold, fresh meltwater will make its way back to global oceans and cause sea level rise, and potentially disrupt currents.

Despite the uncertainties ISMIP6 is dealing with, it has published a series of recent research including a key paper published in Nature in May. This found if the world met the Paris Agreement target of limiting global warming to 1.5℃ this century, land ice melt would cause global sea level rise of about 13cm by 2100, in the most optimistic scenario. This is compared to a rise of 25cm under the world’s current emissions-reduction pledges.

The study also outlines a pessimistic, but still plausible, basal melt scenario for Antarctica in which sea levels could be five times higher than in the main scenarios.

The breadth of such findings underpinned sea level projections in the latest IPCC report. The Antarctic ice sheet once again represented the greatest source of uncertainty in these projections.

IPCC reports are intended to guide global policy-makers in coming years and decades. But the uncertainties about ice melt from Antarctica limit the usefulness of projections by the IPCC and others.

It’s crucial that ice sheet models are improved, tested robustly against real-world observations, then integrated into the next generation of international climate models – including those being developed in Australia.

International collaborations such as NECKLACE and RISE are seeking to coordinate international effort between models and observations. Significant investment across these projects is needed.

Sea levels will continue rising in the coming decades and centuries. Ice sheet projections must be narrowed down to ensure current and future generations can adapt safely and efficiently.

The authors would like to acknowledge the contributions of Dr Ben Galton-Fenzi, Dr Rupert Gladstone, Dr Thomas Zwinger and David Reilly to the research from which this article draws. 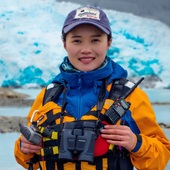 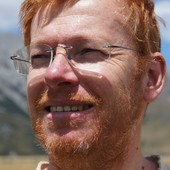 Chen Zhao works under the Australian Antarctic Program Partnership, Institute for Marine and Antarctic Studies, University of Tasmania. She receives grant funding from the Australian Government as part of the Antarctic Science Collaboration Initiative program (ASCI000002).