Safe at home? We need a new strategy to protect older adults from violent crime

These are among the findings of our review study, published this week, examining the prevalence and nature of homicide of older people (aged 65 and over) in the community.

What we did and what we found

We pooled results from 17 studies on homicide in older people to gather information on the profile of the victim, perpetrator, motive, means and location.

The perpetrator was a stranger in almost one-quarter (24%) of older adult homicides, which is 1.8 times the rate seen for younger adult victims.

The majority of the other relationship types were either acquaintances, or unknown.

The motives most frequently reported for older adult homicides were related to an argument between the perpetrator and the victim, and/or crime-related, for example during a robbery.

Compared with younger adult homicide, older adults were almost three times more likely to have died during a crime against them, while an argument was 67% less likely.

In terms of the means, the odds of firearms being used was 62% lower for older victims. Firearms were involved in less than one-quarter of older adult homicides, compared to almost half of younger adult homicides.

While we didn’t analyse other means used, we know physical assault without a weapon is common in this context. Older people may be more susceptible to assault than younger people because of physical fragility and poorer biological capacity to recover.

As for the location, older adults were most often killed in their home (71%). This is almost a four-fold greater level than for younger adults. This disparity could potentially be explained by the fact older adults likely spend more time at home compared with younger victims.

While global homicide rates are declining, the rates for older adults either remain stable or have slightly increased, depending on the data you look at.

An ageing population could lead to an increase in the homicide rate because of factors like caregiver stress, increasing prevalence of mental illness in the community, and inter-generational familial stressors, such as financial issues.

Contemporary pressures on older adults that may increase vulnerability to violent incidents include lack of appropriate housing, and inadequate mental health, disability and aged-care support.

Our study didn’t address whether the victims lived alone and/or were isolated from others, which would increase their vulnerability at home.

Indeed, the pandemic has seen an increase in elder abuse and other forms of domestic violence.

All of this adds to the complexity of keeping our most vulnerable safe. We need a different and targeted response to prevent homicides in older people.

Elder abuse can incorporate a range of physical, psychological, sexual and financial abuse and neglect of older people.

Some people may assume older adult homicide is simply an extension of physical or other types of elder abuse. But this is not the case; the characteristics we see in homicide cases in older people differ from elder abuse.

For example, an opportunistic robbery that becomes a fatal assault is very different to a familial caregiver restricting an older adult’s access to their finances.

Elder abuse as defined by the World Health Organization rarely leads to homicide, and homicides are not necessarily the result of ongoing or recent elder abuse.

But the existing strategies we use to reduce elder abuse may not be adequate to prevent older adult homicides.

To ascertain what sort of interventions would be most suitable, and to inform changes in policy and practice, we need better research describing victims, offenders, incident characteristics and risk factors of older adult homicides.

Health-care professionals should be aware of the contexts in which an older adult may be more vulnerable to assault or violent death.

Older adults, their friends and family could look to ensure the safety of the home, reach out to improve social networks and ask for help when needed.

Our research shows older and younger adult homicides are not identical phenomena. As such, we need a different and tailored approach to preventing these violent deaths in older people, who are among the most vulnerable in our society. 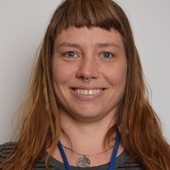 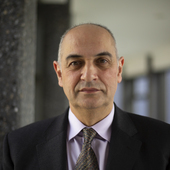 Joseph Ibrahim has received funding from Commonwealth and State Health Departments for research, education and consultancies into residential aged care services and health care services. He also is an independent advocate for age care reform details available at https://www.profjoe.com.au/