DO THE UNDERSTANDING, WHICH INCLUDES THE DOUBLE J-PLAYLISTED “THE STRANGEST FEELING” , IS OUT JULY 26

ALBUM NOW PRE-ORDERABLE VIA BANDCAMP, WITH TWO SINGLES “THE STRANGEST FEELING” AND “EVERYTHING HAS CHANGED” AVAILABLE FOR IMMEDIATE DOWLOAD.
ronspenoandthesuperstitions.bandcamp.com/ 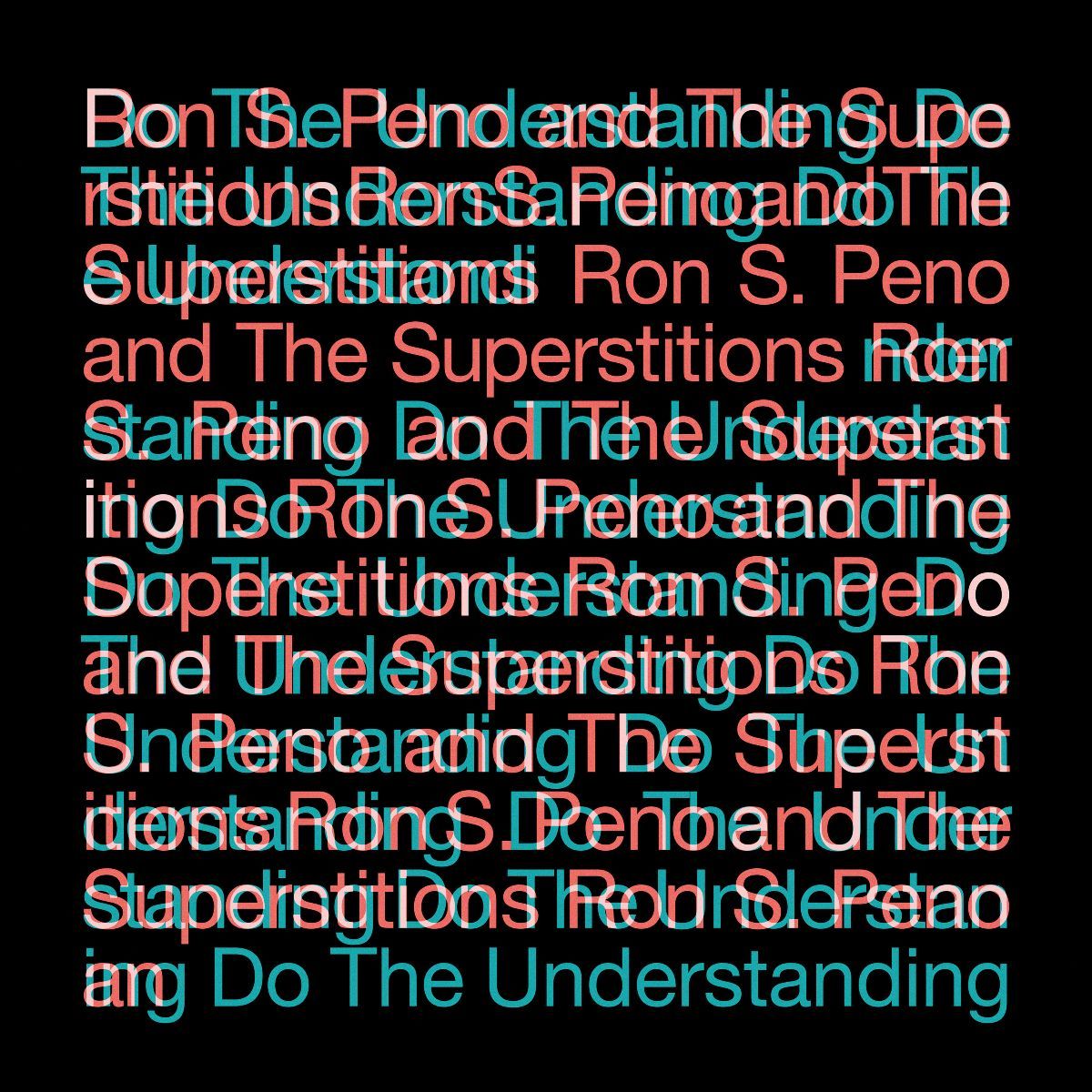 “In early March 2020, the band played a show at the Merri Creek Tavern in Northcote. There, they previewed a handful of new songs – the sort of songs that made audience members perk up like meerkats. For a band already renowned for crafting music of elegance, romance and power, the new songs hinted at an even grander vision.” – Jo Roberts, Rhythms
Ron S Peno & The Superstitions,  the Melbourne outfit fronted by incomparable Died Pretty vocalist Ron S. Peno, are set to launch their forthcoming new album Do The Understanding with Melbourne shows at the Brunswick Ballroom on Saturday September 4 and the Memo Music Hall in St Kilda on Saturday October 9th, as well as a rare out of town at appearance at the Macedon Railway Hotel on Saturday October 23rd.”Do The Understanding” is out July 26.

In a feature in the new issue of Rhythms magazine, Peno speaks of his creative vision, which has been renewed after a battle with oesophageal cancer.  “I’ve just got this whole new outlook on creating and moving people and creating worlds of music and bringing people into the world you’re creating on stage,” he says.

While treatment involved radiotherapy, chemotherapy were followed by surgery to remove a tumor, Peno’s vocal chords were untouched. And as Ron’s songwriting partner in the Superstitions, Cam Butler also told Rhythms,  Peno’s voice has benefited from his health regime.. “I think he’s singing the best he’s ever sung, in my opinion – he sounds f*cking incredible,” says Butler. “He’s got an extra half an octave in his range, I think. And the timbre of his voice is really really warm and
controlled; it’s incredible.”

“While the previous three albums each stood tall in their own right, ‘Do The Understanding’ heralds an even more opulent world of layered sounds and textures, across seven epic tracks; the album opener, the almost five-minute ‘When Worlds Collide’, which Peno considers the band’s most complex track to date, to the near-whispered vocal and drum loops of ‘Lovelight’ evoking the shadowy trip-hop of Portishead,  to the sublime closer ‘I Think It’s Gonna Rain’.
– Jo Roberts, Rhythms

Ron S. Peno and The Superstitions launch “Do The Understanding”

‘Do The Understanding’, the fourth album by Ron S. Peno & The Superstitions, will be released July 26. Vinyl, CD and digital formats are available for preorder now from the band via bandcamp –  with two tracks “The Strangest Feeling” and “Everything Has Changed” available immediately.
ronspenoandthesuperstitions.bandcamp.com/

Ron S. Peno & The Superstitions, whose first and third albums ‘Future Universe’ (2011) and ‘Guiding Light’ (2017) were both long listed for the Australian Music Prize, and who have toured through Spain, Italy and France (including appearances at Brittany’s Binic Festival in 2015 and 2016), are fronted by one of the most charismatic front men of Australian rock scene.  Ron S. Peno, whose voice is as instantly recognisable as it is arresting, came to prominence as lead singer and principal co-composer with Died Pretty in the 1980s and 1990s. With Died Pretty, Peno achieved Top 30 success with multiple albums, received multiple ARIA nominations, made multiple Big Day Out appearances and enjoyed years of Triple J support, as well as great critical acclaim in Australia and around the world.

‘Do The Understanding’ is a triumphant return for Ron and his current band. Thwarted by health issues in 2019 and of course more recently the Covid19 pandemic, Ron’s enforced physical hiatus allowed him to delve deeply into his creative and collaborative resources. This renewed focus brought a new clarity to both song writing and voice, resulting in the most sophisticated Superstitions album to date. The announcement of the album’s release follows the euphoria of Ron’s recent return to stages around the country for a Covid-delayed tour with his old gang, Died Pretty.

Collaborating with others is what drives Ron S. Peno to create and, ultimately, perform.

He has previously released three brilliant albums with The Superstitions, ‘Future Universe’ (2011), ‘Anywhere and Everything is Bright’ (2013) and ‘Guiding Light’ (2017).

Of course, Ron is known to most as the co-founder, lyricist and front man of Died Pretty. In ’80s Sydney, Died Pretty were the alternative/underground band that every alternative/underground band was measured by, and when they crossed over to national and eventual mainstream success (with three Top 30 albums in the ’90s) they maintained that standing.

Internationally it was a similar story. From the reception afforded their aptly-title first single “Out of the Unknown” for Citadel Records in 1984, when Sydney’s underground scene was starting to come under the gaze of rock’n’roll fans the world over, they were a yardstick by which those fans measured things. And after spending a decade or more building a strong international following, on the back of classic albums like ‘Free Dirt’, ‘Lost’, ‘Doughboy Hollow’ and ‘Trace’, and with the eventual patronage of labels like Beggars Banquet and Sony, they were invited by REM, then perhaps the biggest band in the world, to join them in an Australian tour in 1995.

As Died Pretty’s front man, singer and lyricist, Ron was, for a significant period, a major figure in Australian music. These days, he is one of Australian music’s most underrated performers; a man who still prefers to collaborate with others rather than position himself as a solo artist, and who is he is an intensely private man off stage, in contrast to his butterflying onstage persona. And for the past decade or so, working with his wonderfully accordant band of co-creators, The Superstitions, he has been perhaps making the best music of his life.

Collaborating with others and striving for beauty, originality, and authenticity is what drives Ron S. Peno to create and, ultimately, perform.

Ron’s story remains significantly untold. Where other front men’s lives are like open books, Ron remains an enigma. He first appeared in public, way back in Sydney’s early punk days, when, as the singer of a Stooges-inspired punk jukebox outfit named The Hellcats in 1976, he entered the orbit of Radio Birdman and became regulars at their legendary venue/clubhouse, the Oxford Funhouse. Birdman’s Rob Younger ended up producing crucial records for Died Pretty.

But Ron needed more, and in between The Hellcats and Died Pretty, as the ’70s became the ’80s, he started finding his own voice; first upfront of Brisbane band The 31st – which briefly featured Hoodoo Gurus guitarist Brad Shepherd – and then alongside The 31st’s main guitarist Mick Medew, in an early unrecorded edition of The Screaming Tribesmen. Ron had gone by the time The Tribesmen recorded anything, but their enigmatic early singles “Igloo” and “A Stand Alone” were both Peno co-writes, and the first available evidence of his strikingly poetic lyricism.

A return to Sydney, and an invitation from a novice Melbourne-raised music writer and fledgling keyboard player named Frank Brunetti, and guitarist Brett Myers – who Ron knew from the Brisbane-formed and heavily Velvet Underground/Television-inspired band The End – resulted in the formation of a new group, named The Final Solution (after the classic early Pere Ubu single). The new group would soon change its name to The Died Pretty, soon becoming just Died Pretty.

More than a late blooming, Ron’s transformation into the singular artist that Died Pretty fans adored, by the mid to late the 80s, was a genuine metamorphosis, with the first half or so of the decade being the chrysalis in which Peno recreated himself by sheer bloody mindedness, not only finding his voice and physical presence, but extending it, sweetening it, refining it. Ron sought beauty and wrought it from the ugliness of his punk roots; significantly he maintained those roots, which provided a sense of dramatic contrast and a raw emotional core in all the work that was to come.

That first transformation of Ron S. Peno found a bookend in 2019, when health issues, followed by the Covid19 pandemic in 2020, enforced a physical hiatus and provided Ron with the opportunity to delve deeply into his creative and collaborative resources. This renewed focus brought a new clarity to both song writing and voice – Ron believes he is now in the best voice of his career, and the music the world will soon hear suggests he is not wrong – resulting in the most sophisticated Superstitions album to date.

Ron S. Peno & The Superstitions’ ‘Do The Understanding’, a record of rare power and raw beauty, is out July 26 on limited edition Vinyl LP, limited edition CD, and digital formats.