The Wilds at Rising Festival will be closed during Melbourne’s seven day lockdown. Eugene Hyland/Rising

When lockdown was announced in Melbourne on Thursday, it came on the same morning as the opening of Rising, a large new cultural festival designed to “re-synchronise” and “re-energise” the city that spent much of 2020 in hibernation.

The festival has announced a “pause” on shows for the coming week.

The arts are again confronted with the total loss of ticket revenue, just as the sector was tentatively recovering. It is another terrible setback for a bruised industry.

Lockdowns and border closures in 2021 have already forced shows to cancel at the Sydney, Adelaide and Perth festivals, while Byron Bay Bluesfest was cancelled at the last minute. Reacting to the developing situation in Melbourne, Tasmania’s Dark Mofo — scheduled for June — has delayed ticket sales.

We need to do better in putting a floor under losses for the live-performance industry.

A publicly funded insurance scheme to compensate companies and their performers for COVID-19 related losses would give the sector planning confidence, and accelerate the return of cultural life to Australia’s cities.

Some performance companies weathered the storm of 2020 well.

Last week, Victorian Opera reported a $2.5 million profit for 2020, and Sydney and Melbourne’s symphony orchestras have also reported healthy profits in large part due to the companies being eligible for various government schemes, and saving on production-related expenditure.

But 2021 will be a very different proposition.

During previous lockdowns, some artists and arts workers were eligible for JobKeeper. This support is no longer available

Festivals, like Rising and Bluesfest, have been hit particularly hard. Festival seasons are compressed into as little as a few days or weeks, and when lockdowns occur at the eleventh hour, most costs are already committed.

While arts events are required to hold public liability insurance, many cannot afford insurance to cover losses from forced public-emergency closures — or insurance companies are now excluding closures due to pandemics and communicable diseases altogether.

In 2020, the government introduced the Temporary Interruption Fund to insure the film industry against pauses to production caused by COVID-19. Last month, this scheme was extended until the end of 2021.

This scheme pays out on the basis of production budgets, with a cap of 60% of the total budget. Run on a rolling basis, with the insurance transferring between projects as they enter and conclude production, by April 2021 the scheme had reportedly enabled more than 12,000 production roles.

Both Labor and the Greens have now joined industry calls for the government to establish an insurance scheme covering live performance and entertainment in the case of COVID-19 related losses.

Such an arrangement would be particularly useful for events like festivals, when costs have mostly been paid before the curtain goes up and there can be particular difficulties in re-scheduling to a later date.

There is a growing expectation that government will play a role when the commercial insurance market fails to provide the cover people need in the face of natural and health disasters.

One reason some arts organisations achieved healthy profits in 2020 was because their forced hibernation dramatically reduced expenditure.

The risk we face in not providing a publicly funded insurance scheme is arts festivals could now choose to hibernate until we have better vaccination coverage, and an associated commitment to end lockdowns and state border closures.

Unfortunately artists and arts workers cannot hibernate in the same way as 2020: they need income now.

A publicly-funded insurance scheme to underwrite companies and their performers for COVID-19 related losses would provide more income stability for artists and arts workers.

It would give the producers of festivals and other cultural events the confidence to take on the risk of producing during the pandemic. And it would help to ensure these festivals and events survive for future generations of creators and audiences. 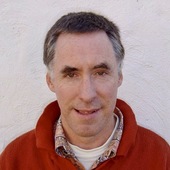 Brian Long – [Teacher in Arts and Cultural Management, The University of Melbourne] 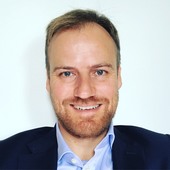