Home TOORAK TIMES - SOCIALLY AWARE AROUND THE HOUSE Renovations as stimulus? Home modifications can do so much more to transform...

The stated purpose of the Morrison government’s HomeBuilder program is to stimulate the economy and create construction jobs during the COVID-19 pandemic. Our research shows home improvements could do much more than just add capital value and a spare room. They can also restore or maintain a person’s ability to live independently – whether they are older, have a disability, are unwell or have been injured.

In other words, these home improvements could transform life for any one of us at some point in our lives. They greatly improve people’s well-being and reduce dependence on carers. This affects a great many people – including nearly a million who receive some form of aged care in their own home.

Read more: ‘Ageing in neighbourhood’: what seniors want instead of retirement villages and how to achieve it

Our study of 157 people receiving community care found home modifications reduced the overall hours of care they required by 42%. Their quality of life (measured as health-related quality of life) improved by 40%.

By reducing care needs and costs, and increasing independence and well-being, home modifications lead to a multitude of government, community and personal benefits. These include lowering the risk of COVID-19 transmission that providing and receiving personal care entails.

Read more: Government to give $25,000 grants to people building or renovating homes

What do home modifications involve?

Home modifications specifically help residents to live safely and independently in their own homes.

The range of possible renovations is diverse, so costs vary widely. Minor modifications might be installing a grab rail in a bathroom to aid stability, or levelling a step at a front door. A major modification could install a ramp or a lift, widen door frames or provide a new bathroom.

Modifications must be tailored to individual needs, as no “one size fits all” – just like every home renovation.

My research measures how home modifications directly influence the amount of care needed to live, and continue living, at home.

The study included 157 Australians aged from 15 to 92 who received community care. Some had arthritis, cancer or a motorcycle injury. Others were born with a disability. All required care in their home.

Hours of care for participants (most of it unpaid care by family and friends) were compared before and after home modifications. The changes liberated them. Home modifications reduced or eliminated their need for help, restored their confidence in caring for themselves and reduced carer stress.

As people’s confidence grew, they were happier to venture out into the broader community. Importantly, relationships improved.

Simple home modifications meant David* no longer had to help his mother shower as she could safely do that herself. His mother was saved the embarrassment of her son being involved in what is normally a private activity. Instead, they could enjoy each other’s company with regular activities like shopping and having afternoon tea together.

Ravi* had a spinal injury as a result of an accident. He was glad to be back at home but was sleeping in a converted sunroom at street level because he couldn’t get to his bedroom upstairs. The only bathroom for showering was a small ensuite, up three stairs.

The house was not suitable for a wheelchair, so his wife had to help him get around their home. The effort required to take care of basic daily living activities left them too exhausted to even think about going out.

An accessible bathroom with a hand-held shower was installed, as well as a ramp at the home entrance. Not only was Ravi able to shower independently again, but he and his wife also regained their energy and interest in going out. He attributed home modifications to enabling them to go to the movies and a restaurant for the first time in the three years after the accident.

Now that he was getting a good night’s sleep, her husband also expressed relief that he was able to continue his full-time job – he had thought he would have to give it up.

People regain choice about where they live

The design of a house can be the single reason that forces a person into an aged care home. A bathroom, kitchen, entrance and exit, as well as how rooms connect, can all dictate whether a person lives independently in later life.

Research shows how home modifications reduce fall risks. Think about an older bathroom where the shower has a hob or is over a bath. Such features commonly lead to falls, which can dramatically shorten lives or send us straight from hospital into residential aged care.

Of all the home modifications, my research showed those in the bathroom were most central to reducing dependence on others. They provided the freedom to shower and use the toilet without help.

For example, Heath* was 72 with a few overlapping health conditions. He had lost confidence using his shower and toilet on his own. His daughter, who lived five hours’ drive away, was convinced he would fall if he remained at home.

But Heath didn’t want someone coming in to help him shower. He absolutely did not want to go into a nursing home. Home modifications meant he could sit while showering independently and use grab rails to get in and out safely.

Modifications protect lives in a pandemic

The ability to take care of our own bathroom needs during a pandemic is particularly critical. The close proximity required to receive and provide care has been well documented. Who knows how much home modifications have helped to curb the spread of COVID-19 to people most vulnerable to it?

Australia is managing a pandemic while rolling out the National Disability Insurance Scheme (NDIS) and reforming aged care in the context of a diverse and ageing population.

This research into home modifications highlights why renovations could be so much more than a new pool, kitchen island or cinema room. The government has a golden opportunity to reform HomeBuilder and encourage take-up of grants for home modifications. It would be a win for both tradies and the many Australians who may need help to stay at home.

* Names have been changed to protect anonymity. 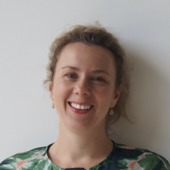 In her capacity as a Senior Research Fellow at UTS, Phillippa Carnemolla has received funding from the National Disability Insurance Agency (NDIA) through their ILC grant program. Phillippa is a Director for the Centre for Universal Design Australia (CUDA) and also sits on the City of Sydney Disability (Inclusion) Advisory Panel.