The electric guitar symbolises rebellion, freedom, excess and youth. But with the classic rock period well behind us, is it in danger of becoming a faded relic? The Washington Post recently reported on declining sales in the American electric guitar industry, with some manufacturers expressing concerns about its future. One reason for this was said to be a lack of current guitar heroes.

Is this true? I’d argue we still have plenty, with artists such as Jack White and St Vincent leading the pack. At the same time, the electric guitar is evolving as an instrument. Increasingly, it features in contemporary art music ensembles. But what makes a guitar hero? Let’s consider some of the maestros first.

One of the first and most enduring of these was the late Chuck Berry, with his unique fusion of rhythm and blues and country music. The Beatles and Rolling Stones covered his songs. Many artists emulated his showmanship and attitude.

The rock guitar solo further developed in the 1960s and 70s as players such as Jimi Hendrix, Eric Clapton and Jeff Beck pioneered a blues-based style of virtuosic soloing. The electric guitar played a key role in the panoply of rock guitar styles that developed in the 1970s. However, it has been many decades since the airwaves were ruled by the sounds of guitar gods like Jimmy Page, Angus Young or Eddie Van Halen.

1980s pop music embraced synthesizers, keyboards and new technology such as the Fairlight computer. Rather than limiting the use of the electric guitar, this shift led to a broadening of the sonic palette with innovative guitarists adding textural depth and a new range of colours. Influential exponents of this playing style include Johnny Marr of the Smiths, U2s The Edge and Andy Summers of The Police. Their subtle musicianship ushered in a new type of guitar hero.

In the 1990s, the dominant sound of grunge bands such as Nirvana, Soundgarden and Pearl Jam was an electric guitar, often distorted. Grunge musicians valued the instrument more for texture, volume, energy and tonal roughness than virtuosic solos.

Meanwhile, the English band Radiohead was releasing guitar dominated albums such as Pablo Honey (1993), The Bends (1995) and OK Computer (1997). Guitarists Johnny Greenwood and Ed O’Brien supplied muscular riffs, ambient textures, and blistering solos to these three albums, at times reminiscent of progressive musicians such as Robert Frippand Adrian Belew, while also drawing on the textural style of the 1980s.

On later Radiohead songs, such as Optimistic, the guitar work is characterized by a rhythmic yet rough and relatively “unschooled” style of strumming. Greenwood and O’Brien’s role in the band expanded to include additional instruments, composition and arrangement.

The early 2000s was characterised by a return to the roots of popular music forms, whether the blues, country music, rock and roll, funk or Motown. There are many wonderful exponents of blues-based electric guitar playing active now – a short list would include Gary Clark Junior, Joe Bonamassa and Derek Trucks. Still, 21st century pop, in general, is not bursting with shredding electric guitar virtuosi, but rather songwriters and mavericks who use the instrument to create a personal style.

Jack White, who sums up this approach, might be our century’s most prominent electric guitar hero. White combines a love of blues and country music with a return to simplicity in both recording and live performance, He also wrote one of the most famous guitar riffs of the 2000s, Seven Nation Army.

Another strong contender for the role is Annie Clark, aka St Vincent. A phenomenally gifted singer, lyricist, electric guitarist and performer, St Vincent is an adventurous and trailblazing musician, embracing electronic music, alternative sounds and elements of progressive rock.

Like White, St Vincent embraces imperfections, energy and spontaneity in her playing, which is a highlight of live performances. Like many pioneering progressive rock artists (the Moody Blues, King Crimson, Frank Zappa), she draws on aspects of contemporary classical music and has written chamber music for the American ensemble yMusic.

While sales of the electric guitar may have stagnated, in the past 20 years, the instrument has become increasingly influential in contemporary art music. One pioneer here is the American guitarist and composer Steven Mackey. Prominent new music ensembles such as Bang on a Can, the International Contemporary Ensemble and Australia’s Elision Ensemblehave embraced the electric guitar. In fact, it has changed aspects of how these groups operate, due partly to amplification and balance issues and the opportunity to use electronic effects across all the instruments in an ensemble.

There are many wonderful works for the electric guitar, including music by Australian composers George Lenz and Andrew Ford, which were first performed by the Sydney-based new music specialist Zane Banks. And in early June, two electric guitar symphonies written by New York composer Glenn Branca had their Australian premiere. His use of drones, alternative tunings and mass electric guitars has influenced both classical and rock musicians. In my own work with the MCM ensemble Three (trumpet, trombone and guitar) I have found the electric guitar a perfect foil to the brass instruments.

There have been some great female electric guitar soloists, from the pioneering gospel blues of Sister Rosetta Tharpe to performers Nancy Wilson (Heart), Joan Jett (The Runaways, Joan Jett and the Blackhearts) and Carrie Brownstein (Sleater-Kinney). On the local front, Adalita Srsen (Magic Dirt) has been a leading guitarist for years and Courtney Barnett has achieved international fame with her understated electric guitar accompaniment style.

A more soloistic rock style is represented in the work of Danielle Haim (Haim) and Donna Grantis from Prince’s band 3rdeye Girl. These are all guitar heroes to inspire a new generation of performers.

Compared to the music of the 70s, guitar solos are on the wane in mainstream rock and pop. But in the genres of heavy metal and progressive rock, shredding (rapid, high energy, virtuosic playing) is still a valued form of expression. Many of these “progressive” guitarists work with guitar makers and effects designers to come up with new products (such as the seven-string electric – now used by many metal guitarists – designed for playing low, heavy riffs).

Virtuoso guitarists Dave Mustaine (Megadeath), Kirt Hammet (Metallica) and John Petrucci (Dream Theatre) have been influencing young shredders for decades. Psychedelic rock, meanwhile, is undergoing something of a renaissance in Australia with Melbourne band King Gizzard and the Lizard Wizard leading the way.

In short, the electric guitar is evolving. A new breed of guitarists are plucking, strumming, shredding, riffing, experimenting and amplifying their way into the future. 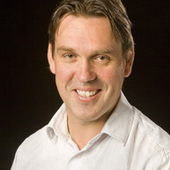 Steve Mackey will be visiting the Melbourne Conservatorium of Music in late August/early September this year. He will perform at the Melbourne Recital Centre on September 2.