Private health premium increases might be the lowest in years, but that doesn’t mean they’re justified

Every year private health insurers raise premiums and every year we rue the hit to our hip pocket. This cycle is heavily regulated: insurers apply to the health minister who must approve premium hikes unless deemed contrary to the public interest. Premiums then change on April 1.

This time the federal health minister, Greg Hunt, has managed to keep average premium growth to 2.92% – the lowest in 19 years. This news comes two weeks after he rejected an industry proposal to increase premiums by 3.5%.

While the government celebrates this apparently modest price rise, consumers are right to point out that premium growth continues to outstrip inflation and wage growth. How do insurers justify this?

Read more: Premiums up, rebates down, and a new tiered system – what the private health insurance changes mean

The case for higher premiums

Australians have come to expect that come April 1 each year, their private health insurance costs will go up – often by a lot.

These increases have been substantially more than wage growth or inflation. Between 2011 and 2019, the cumulative growth in nominal premiums (before rebates) was 49%. Over the same period wages grew by 21% and CPI by 16%.

Insurers have justified the growth in premiums by pointing out that benefits – the money private health insurers pay out when we go to hospital or have treatment – have also grown substantially.

Benefits grew on average 5.3% per year between 2014-2019. However, while earlier this decade benefit growth consistently outpaced premiums, this is no longer the case.

Growth in benefits is due to both higher medical costs and more claims. In fact, benefits per service have hardly changed since 2014 and have actually fallen for prostheses (such as hip and knee replacements), which highlights the importance of growth in number of claims.

Insurers are also facing growing cost pressure due to the exodus of young people from insurance and an ageing insurance pool.

Traditionally young people have cross-subsidised the higher expenses of older people, but increasingly they are deciding that private insurance is a bad deal. In the past 12 months, the number of people aged 20-34 with private hospital cover has declined by almost 50,000.

Are insurers’ profits too high?

Insurers can point out that their profit margins are not unusually high compared to other forms of insurance. Figures from the Australian Prudential Regulation Authority show that in 2019 after-tax profits were 9.5% of premium revenue for general insurers. Meanwhile, after-tax profits for private health insurers were 5.6% (6.4% for for-profit funds).

Insurers can also point out that their net margins and benefits-to-premiums revenue ratios have been relatively stable over the past decade. Against this, growth in premiums has mostly acted to sustain profit margins rather than extend them.

But does this really matter for assessing price hikes? While shareholders would like to maintain the margins they’re accustomed to, there’s nothing intrinsically meaningful about historical figures.

The profits in one sector also don’t entitle insurers to the same profit in a different sector.

Ultimately, it’s hard to know what the “right” level of profit is. For now, private health insurance remains a relatively profitable industry.

What will the price increase mean for you?

It’s important to recognise that the 2.92% figure is a weighted industry average. Some policies will increase by more (and less) than 2.92%. You will find out by how much your plan is increasing early next year.

Those facing large price increases might downgrade their cover and some may drop it altogether. If healthier people drop out of insurance, that will put upward pressure on premiums in the future.

So, is the 2020 premium increase justified?

With the information at hand, 2.92% seems reasonable by historical standards. Growth in benefits has been declining since 2017 and this should flow to premiums.

Going forward, the government will need to do more than crack down on premium-setting if it wants to arrest growing costs. The biggest pressures are from rising hospital and medical fees and an ageing insurance pool.

Read more: Do you really need private health insurance? Here’s what you need to know before deciding

Recent attempts to reduce costs by negotiating a better deal with medical device manufacturers was a good move, although insurers claim it failed to meaningfully lower their costs because manufacturers increased the volume of devices sold.

Higher premium rebates for young people are more dubious since rebates are only cost-effective if they cause lots of people to take up insurance who wouldn’t otherwise.

It’s been 21 years since the last Productivity Commission inquiry into the private health insurance industry. Perhaps it’s time for another one. 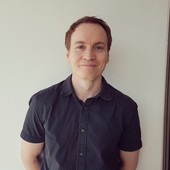