I’ve spent the past two years studying the history and culture of “meme factories”, especially in Singapore and Malaysia.

Meme factories are a coordinated network of creators or accounts who produce and host memes.

They can take the form of a single creator managing a network of accounts and platforms, or creators who collaborate informally in hobby groups, or groups working as a commercial business.

These factories will use strategic calculations to “go viral”, and at times seek to maximise commercial potential for sponsors.

Through this, they can have a huge influence in shaping social media. And – using the language of internet visual pop culture – meme factories can shift public opinion.

When meme factories were born

The first mention of meme factories seems to have been a slide in a 2010 TED talk by Christopher Poole, the founder of the controversial uncensored internet forum 4chan.

4chan, said Poole, was “completely raw, completely unfiltered”. He introduced his audience to the new internet phenomenon of “memes” coming out of the forum, including LOLcats and Rickrolling – the largest memes to have emerged in the 2000s.

They commissioned artists to “live-GIF” the 2012 US Presidential Election debates in an assembly line of soft political content. They congregated on a closed Facebook group to decide who could “take credit” for a school shooting. They created sponsored political posts for Michael Bloomberg’s Presidential campaign.

On reddit’s gaming communities, activating a meme factory (sincerely or in jest) requires willing members to react with coordinated (and at times, inauthentic) action by flooding social media threads.

Amid K-pop fandoms on Twitter, meanwhile, K-pop idols who are prone to making awkward or funny expressions are also affectionately called meme factories, with their faces used as reaction images.

In my research, I studied how memes can be weaponised to disseminate political and public service messages.

I have identified three types of factories:

Commercial meme factories are digital and news media companies whose core business is to incorporate advertising into original content.

Hobbyish niche meme factories, in contrast, are social media accounts curating content produced by a single person or small group of admins, based on specific vernaculars and aesthetics to interest their target group.

One example is the illustration collective highnunchicken, which creates original comics that are a critical — and at times cynical — commentary about social life in Singapore.

STcomments, meanwhile, collates screengrabs of “ridiculous” comments from the Facebook page of The Straits Times, calling out inane humour, racism, xenophobia and classism, and providing space for Singaporeans to push back against these sentiments.

The third type of meme factory is meme generator and aggregator chat groups – networks of volunteer members who collate, brainstorm and seed meme contents across platforms.

One of these is Memes n Dreams, where members use a Telegram chat group to share interesting memes, post their original memes, and brainstorm over “meme challenges” that call upon the group to create content to promote a specific message.

Meme factories work quickly to respond to the world around them, so it is no surprise in 2020 they have pivoted to providing relief or promoting public health messages around COVID-19.

Some factories launched new initiatives to harness their large follower base to promote and sustain small local businesses; others took to intentionally politicising their memes to challenge censorship laws in Singapore and Malaysia.

They also focused on providing viewers with entertainment to lighten the mood during self-isolation.

Many memes that have gone viral during COVID-19 started out as satire and were shared by Millenials on Instagram or Facebook. As they spread, they evolved into misinformed folklore and misinformation, shared on WhatsApp by older generations who didn’t understand their satirical roots.

An early Facebook meme about how rubbing chilli fruits over your hands prevent COVID-19 (because the sting from the spice would burn and you would stop touching your face) very quickly evolved into a WhatsApp hoax saying the heat from chilli powder would kill COVID-19 viruses.

Memes can be orchestrated by savvy meme factories who operate behind the scenes; or by ordinary people engaging in democratic citizen feedback. Beyond the joy, laughs (and misinformation), memes are a crucial medium of public communication and persuasion. 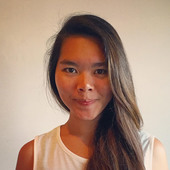 340,000 Melburnians have little or no parkland within 5km of their home

What younger people can learn from older people about using technology

Looking after loved ones with mental illness puts carers at risk...

Move away from a car-dominated city looks radical but it’s a...