The Lyrics recounts Paul McCartney’s life and art through the “prism of his songs”. Despite its apparently unambiguous title, The Lyrics is not an exhaustive collection of the words to songs written or co-written by McCartney over his 60-year career. Rather, it brings together, across two volumes, 154 songs, some of which are universally known, and some of which are minor and/or off the beaten track of McCartney’s discography.

As well as reproducing the texts of these songs, The Lyrics includes commentaries by their author. These commentaries are based on 50 hours of recorded conversations, undertaken between 2015 and 2020, with the poet Paul Muldoon.

Muldoon, as editor, shaped these conversations into coherent mini essays, deleting his own voice in the process. The resulting product, richly decorated with over 600 photos and reproductions of memorabilia, is a kind of “self-portrait in song”.

Many songs are covered no doubt for their musical and/or literary importance. But many others, if not most, are included because they allow an entry into certain themes or periods of McCartney’s life. The commentary on Rocky Raccoon, for instance, leads into an anecdote about McCartney requiring stitches to his lip from a drunk doctor (an experience that indirectly led to all four Beatles sporting moustaches in 1967).

On My Way to Work (from the 2013 album NEW) allows McCartney to talk about his first job as a delivery man, which leads into the oft-repeated Beatles’ ur-narrative of when McCartney met John Lennon at a church fete in 1957.

McCartney’s primary strength (sometimes considered a fault by detractors) is melody, rather than words. And while it’s the case some of his lyrics can be facile even in their musical contexts, McCartney can be a fine lyricist. His lyrics, as he points out in his commentaries, often traffic in the unexpected (in the sense of the surreal and/or the nonsensical) and the comedic.

These characteristics are also observable in McCartney’s commentaries. The account of She Came in Through the Bathroom Window begins with the deadpan observation that

My mum was a nurse and my dad loved words, so I was the only one in my class who could spell ‘phlegm’.

McCartney – who long stood in Lennon’s shadow as a lyricist – most clearly came into his own as a lyricist with Eleanor Rigby, which was the first of McCartney’s songs to receive wide praise for its lyrical content.

McCartney’s lyrics often revel in word play, and his wit, often seen by critics as a sign of facileness, is surely one of his great strengths. Maxwell’s Silver Hammer, from the Beatles’ Abbey Road (1969), was publicly dissed by Lennon and George Harrison at the time of its release, and it has often stood as an example of “bad McCartney”.

But the song is blackly comic, and it shows McCartney’s understanding of the comic potential of multisyllabic rhyme:

(It’s not surprising that, as well as the obvious rock’n’roll antecedents, McCartney refers to the influence of the earlier Tin Pan Alley songwriters, such as Cole Porter and the Gershwins.)

As well as showing McCartney’s attraction to wit, Maxwell’s Silver Hammer highlights a feature noticed by both him and Muldoon: the use of the vignette. As Muldoon notes in his introduction, McCartney

has the capacity to render a fully rounded character from what might otherwise be merely a thumbnail sketch.

In songs such as Eleanor Rigby, Paperback Writer and Uncle Albert/Admiral Halsey, McCartney presents self-contained sketches of characters and situations, often bringing together the mysterious and the mundane.

This latter characteristic is most obviously found in the Beatles’ A Day in the Life, where McCartney’s section (“Woke up, fell out of bed …”) is placed within the psychedelic splendour of the greater body of the song by Lennon.

The mix of the extraordinary and the ordinary is a leitmotif that runs throughout The Lyrics. With his customary emphasis on parents, family, education and work, McCartney is also open to the unexpected and anarchic.

Ghosts behind the music

But there is also an elegiac feeling to this collection, with numerous references to McCartney’s late parents, and his late wife, Linda. The death of his mother, Mary, when McCartney was 14, is repeatedly evoked. In his commentary on Let it Be (famously inspired by a dream about “mother Mary”), McCartney cites two lines from Hamlet, a play he learnt at school.

Read more: On the intimate and character-revealing photographs of Linda McCartney – Paul’s wife, and a stunning artist

Hamlet is a play about ghosts and hauntings and there are plenty of ghosts – in the form of lost friends and colleagues, most obviously Lennon – in The Lyrics.

But there is a more literary and musical sense of hauntedness in McCartney’s songs, something apparent in this book, with its emphasis on precedents, mimicry, and revisionism. Back in the USSR, for instance, is a parody of Chuck Berry via the Beach Boys.

The Lyrics reminds us McCartney’s greatness is his ability to inhabit styles and genres and make them his own.

What is extraordinary about this ability is not just McCartney’s facility, but also his range; from Rupert Bear (We All Stand Together) to Helter Skelter, from Here, There and Everywhere to his classical work (represented here by an aria from the Liverpool Oratorio), there seems to be almost no style that McCartney can’t turn his hand to.

In his foreword, McCartney compares The Lyrics to an “old snapshot album”, that vernacular storehouse of haunting presences, memory and loss. Like a photo album, The Lyrics can be dipped into anywhere, and one can find the serious and frivolous, the straightforward and the enigmatic, side by side. What is amazing is that these “snapshots” are, for the most part, the work of one person. 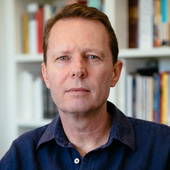 David McCooey does not work for, consult, own shares in or receive funding from any company or organisation that would benefit from this article, and has disclosed no relevant affiliations beyond their academic appointment.