For many young women who take the contraceptive pill and don’t experience any side effects, seeing a doctor to renew your prescription each year is a nuisance.

For some women, it’s enough to put them off taking the pill, placing them at increased risk of unwanted pregnancy.

So why isn’t it available over the counter at pharmacies?

Our research, published this month in the journal PharmacoEconomics, found such a move could save the nation A$96 million a year in health care costs and save 22 lives over 35 years.

More than half a century of research has generated an extensive body of evidence showing the modern contraceptive pill is safe and effective. Despite this, women in most developed countries need a current prescription from a doctor to access the pill.

But this is slowly changing. New Zealand, the Netherlands, and Oregon and California in the United States have opted to reclassify the pill to be available over the counter.

The idea of reclassifying the pill has had a mixed response in Australia.

Queensland Health will soon undertake a pilot, in which pharmacists will be allowed to prescribe repeats of the pill.

The Victorian Liberal Party last year promised to make the pill accessible over the counter if elected. But it lost the 2018 state election. The Labor government said it would look at the proposal but has not yet made any announcement.

Nationally in 2015, a committee of Australia’s Therapeutic Goods Administration (TGA) rejected a proposal to make the pill available over-the-counter. This was largely based on safety concerns, such as a small increased risk of stroke and venous thromboembolism.

The committee didn’t consider the potential health benefits and cost savings from making the pill more accessible to women.

So what are the risks and benefits?

As with all medications, the pill has some potential side effects. These include headaches, breast tenderness, bleeding irregularities, nausea, reduced libido and, less commonly, depression.

More serious, but rarer, problems can include venous thromboembolism, heart attack and stroke.

Use of the pill instead of condoms may also increase the risk of sexually transmitted infections.

Reclassifying the pill could reduce unintended pregnancies from women using less effective contraception methods (such as withdrawal or the rhythm method), and reduce the number of miscarriages, stillbirths, ectopic pregnancies (when a fertilised egg implants outside the uterus), and abortions.

It could cut the risk of endometrial and ovarian cancer.

How do the risks and benefits stack up?

We recently modelled the risks and benefits to women and the health-care system if the pill was reclassified in Australia.

We estimated more women would use the pill, and fewer would use no contraception or less effective contraceptive methods such as withdrawal and the rhythm method.

It would also mean fewer women using long-acting reversible contraceptives – such as implants placed in the arm, IUDs (intra-uterine devices) and injections – which tend to be more effective at preventing pregnancy than the pill.

Our modelling suggests if the pill became available without a doctor’s prescription, we would see an 8.3% reduction in pregnancies, resulting in fewer miscarriages, abortions, ectopic pregnancies, and stillbirths.

On the downside, each year around Australia we could expect to see 122 more cases of sexually transmitted infections, 97 more cases of depression, five more strokes, and four more heart attacks.

But we estimated there would be 22 fewer deaths due to pregnancy, ovarian cancer and other complications. Overall, the net health benefits of reclassifying the pill outweigh the risks.

The move would also save the nation A$96 million per year in avoided health costs.

The Therapeutic Goods Administration (TGA) is currently investigating whether some prescription-only medicines, including the pill, should be reclassified so only a pharmacist must be consulted.

The TGA says there would be benefits to the consumer, but it would require “strong caveats and controls around when pharmacists can/cannot supply” the pill.

The TGA’s 2015 decision to reject reclassifying the pill was based on submissions from stakeholders and deliberation. But it didn’t analyse all of the health benefits, risks and cost savings.

This latest review must take these factors into account and come to a decision that benefits individual women and the health system as a whole.

Further research is needed to develop a protocol for pharmacists to follow when supplying the pill without a prescription. The upcoming Queensland pilot may provide some new insights. 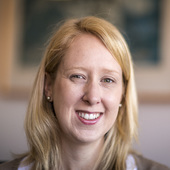 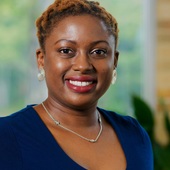 Why social media are more like chocolate than cigarettes

Even a microchipped pet can be lost if your data is...