Many people take a daily omega 3 supplement in the belief that it is good for their heart. But our latest research, a systematic review of 79 clinical trials, found no evidence for this belief.

For decades, omega 3 and fish oil supplements have been heavily promoted as being cardio-protective. Thanks to this heavy promotion, people in the US now get more EPA and DHA (omega 3 fats) from supplements than they do from their diet.

This strong belief in the heart health benefits of omega 3 fat sprang from observational studies suggesting that the Inuit don’t suffer from heart disease, and two early trials suggesting benefits of eating fish and of taking fish oil supplements. In the excitement, this message stuck, despite follow-up studies from both research groups, in slightly different participants, having more negative results. In fact, in one of the studies, men with angina who were randomly assigned to take omega 3 supplements were at greater risk of “cardiac death” than those who weren’t assigned to take the supplement.

WHO wants to know

We wanted to understand the health benefits of omega 3 fats, and so did the World Health Organisation (WHO), as it is updating its guidance on fats. The WHO commissioned us to carry out this review and meta-analysis as part of a series of reviews on the effects of omega 3 supplements on health. (Subsequent reviews will investigate their impact on cognition, diabetes, cancer, depression, inflammatory bowel disease and body fat.)

For this systematic review, we looked at all the randomised controlled trials – the gold standard of clinical research – of omega 3 fats, with a duration of at least 12 months. We found 79 trials, that between them had 112,059 participants. The duration of the follow-up ranged from one year to eight years.

Within this set of trials, over 8,000 people died, 4,544 died of heart disease, 5,469 had a coronary event (heart attack or angina), 1,822 had a stroke and 3,788 experienced arrhythmia. With these large numbers, we had robust statistics – known in the trade as “statistical power” – to determine the effects of omega 3 on these outcomes. Our results showed little or no effect of being randomly assigned to take omega 3 supplements on any of these outcomes.

When we separated out the 25 studies that used the best methods, such as “blinding” the participants and the researchers to which group was getting the omega 3 and which the placebo, the effect of omega 3 on the outcomes was even weaker. This suggests that when we reduce the potential for bias in omega 3 trials, there is even more clearly no effect of omega 3 supplements.

It looks as though our belief in omega 3 supplements over all these years may have been driven by a few flawed studies and our own bias. 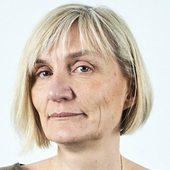