Parking is a fiery issue in Australian cities. That’s because cars dominate our cities, supported by decades of unbalanced planning decisions favouring space for cars over other land uses or forms of transport. Parking is even an issue in the federal election, with both the Coalition and Labor promising to fund more spaces for commuters.

Victoria’s planning minister, Richard Wynne, gets the final say on this plan – and it might be a “no”. He said last month the practicalities need more thought and that Moreland must “strike a balance”.

Wynne is right, but not in the way he implies.

Australian cities are generous to cars

Minimum parking requirements were introduced across Australia alongside the rise of cars in the 1950s. These set rigid ratios for parking spaces in different types of new developments.

For example, the Western Australia State Planning Policy requires at least at least 0.75–1 parking bay for every one-bedroom dwelling in an apartment building, plus at least one visitor parking space per four dwellings. A review of parking policy in Western Australia found these requirements are largely based on small, outdated surveys in the United States and do not reflect actual demand for parking in Australia.

A result of these policies is a glut of parking in Australian cities. The local council area of the City of Melbourne has over 215,000 parking spaces. However, 40-60% of households in the area do not own a car and around a third of apartment parking spaces are not used.

Removing minimum requirements is an effort by local governments to allow the varying needs of local communities to determine parking outcomes.

Read more: The elephant in the planning scheme: how cities still work around the dominance of parking space

But what about tradies, emergency workers, the disabled?

Often proposed changes to parking are criticised for being unfair to people who may rely on cars. It is great that these questions of equity are raised (including by the planning minister), but some of the common concerns are misplaced.

Firstly, developers are sensitive to market demands and will continue to provide apartments with parking for those who need it. When London removed minimum parking requirements in 2004, new developments still provided car parks – just at half the previous required rate.

Closer to home, the inner-city councils of Sydney and Melbourne have already removed some minimum parking requirements – and many new apartments still provide parking spaces.

Secondly, while apartment dwellers with insufficient off-street parking are often blamed for clogging up on-street parking in residential areas, they are rarely to blame. A recent study in Melbourne found residents of detached houses use 77-84% of on-street parking. Many of them have garages, but choose to use them for storage or living space.

Apartment dwellers were less likely to use on-street parking and more likely to have unused spaces. And more parking in apartment blocks isn’t helping people access our cities, even by car.

Read more: Autonomous transport will shape our cities’ future – best get on the right path early

Finally, providing more housing options without rigidly attached parking spaces will encourage people who don’t actually need to drive to choose to drive less or switch to other forms of transport.

Removing minimum parking requirements will not mean that people who need to drive for work, medical or other reasons can’t find homes with parking spaces. Indeed, if we make it easier for those who don’t need to drive to get around in other ways, congestion could be eased for those workers who do need a car.

Policies that encourage dependence on cars marginalise people who can’t or don’t drive. These groups are often disadvantaged in other ways. For example, people with disabilities tend to rely on public transport, not cars, to participate in society.

In Australia, households in the most disadvantaged areas are the most likely not to have a car. Older Australians are also less likely to drive. Rates of driver licence ownership decrease from around the age of 60.

Providing quality public transport and walkable streets – not an oversupply of car parking – is critical to ensure children, young and older people and those with disabilities can get around independently.

Parking requirements also make apartments less affordable. Land construction costs per parking space average between A$50,000 and $80,000, as well as using valuable space at an average of 21 square metres. A parking space is bigger than a bedroom – and nearly half the size of a typical new Melbourne apartment!.

Design cities around people, not cars

Australian planning policy has favoured cars over other forms of transport for too long. This needs to change if we want our cities to be healthy, liveable and easy to get around for everyone.

Moreland’s plan to scrap minimum parking requirements may sound extreme, but it isn’t going to take existing parking spaces away, or mean all new developments will have zero parking.

Read more: Move away from a car-dominated city looks radical but it’s a sensible plan for a liveable future

If we continue to plan our urban areas as if everyone needs a car (or multiple cars) to get around, we will rapidly run out of space. And the space we have left will be unpleasant to spend time in. This means more time spent in traffic for drivers and ugly, hazardous and polluted streets for locals.

Sidestepping this difficult issue in the name of “balance” isn’t fair or practical. Improving public transport in these corridors is in the state’s power and would be a much more constructive response. 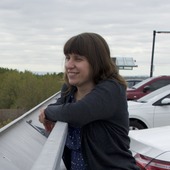 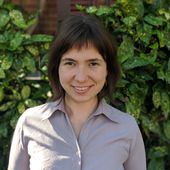 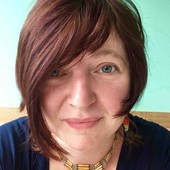 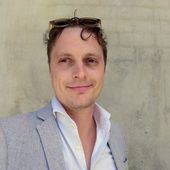