Melbourne’s Nick Batterham is thrilled to reveal another stunning cut from his forthcoming album Lovebirds, with his latest single ‘Thirty Four’. Following the subdued harmonies of ‘No Perfect Man’ and the propelling cacophony of sounds on ‘Turbulence’, the accomplished composer and songwriter is rounding out a trio of gems lifted from Lovebirds with his latest offering ‘Thirty Four’. To celebrate the release, Nick is excited to announce that he and his band will launch Lovebirds to a live audience at the Primrose Potter Salon, Melbourne Recital Centre this June.

Out via Cheesquad Records & Tapes today, ‘Thirty Four’ is a breathtaking display of Nick Batterham’s lush songwriting and truly emotive lyricism. Classical instruments and a slide guitar join forces to build the feeling of a storm brewing. ‘You’re making me stay,’ Batterham sings, ‘holding my arms like I might fly away.’ The track was recorded in Nick’s studio with collaborators Ben Wiesner on drums, Jethro Woodward on bass and Nick Murray on electric slide guitar, with Kelly Day joining Nick and Jethro on backing vocals. Once again, the band tracking was augmented with strings performed by Zoe Black, Christopher Moore and David Berlin. 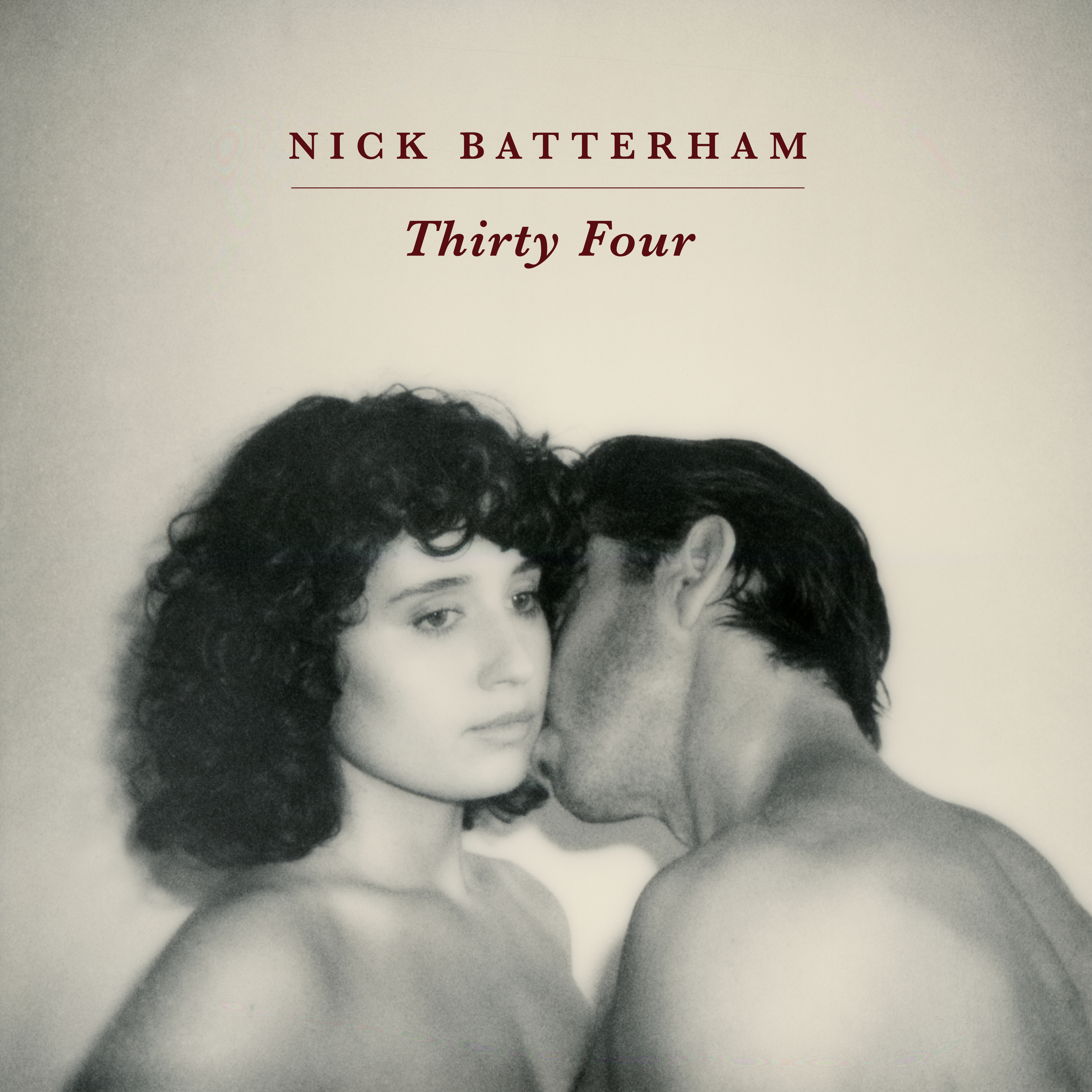 “The song was written after a night out at an infamous Melbourne bar. It appeared on my first solo album Second Lovers, but that recording was made before I’d ever performed it live. Since then it has lived its own life, changed form, grown wings. The song describes the end of a night spent stuck in between a fractured couple. With weaponised emotions, the pain of their recent breakup showing through a thin facade.” – Nick Batterham

A creative force in the ARIA-nominated Earthmen, Nick Batterham is a master of crafting sparkling, melodic pop songs. Drawing deeply on his recent classical compositions for visual artist Rone, Lovebirds is a lavish feast of orchestral pop that celebrates love’s dizzy highs and heart-wrenching lows, with elegant orchestrations featuring some of Melbourne’s premier classical musicians. The album’s 11 sprawling tracks present a sometimes melancholic journey that leads to hope and healing. It is at times warm and inviting, but also knows how to convey the chill of aloneness.

Performing the album in full on grand piano, Batterham will be accompanied by Kelly Day (Broads), Nick Murray, Ben Wiesner and award-winning theatre composer and sound designer Jethro Woodward, as he launches Lovebirds at Melbourne’s Recital Centre Salon on Friday 25 June. With a voice described by Rolling Stone as “an almost other-worldly instrument of beauty,” and tender balladry infused with dry humour and self-deprecating storytelling, you simply cannot miss it. 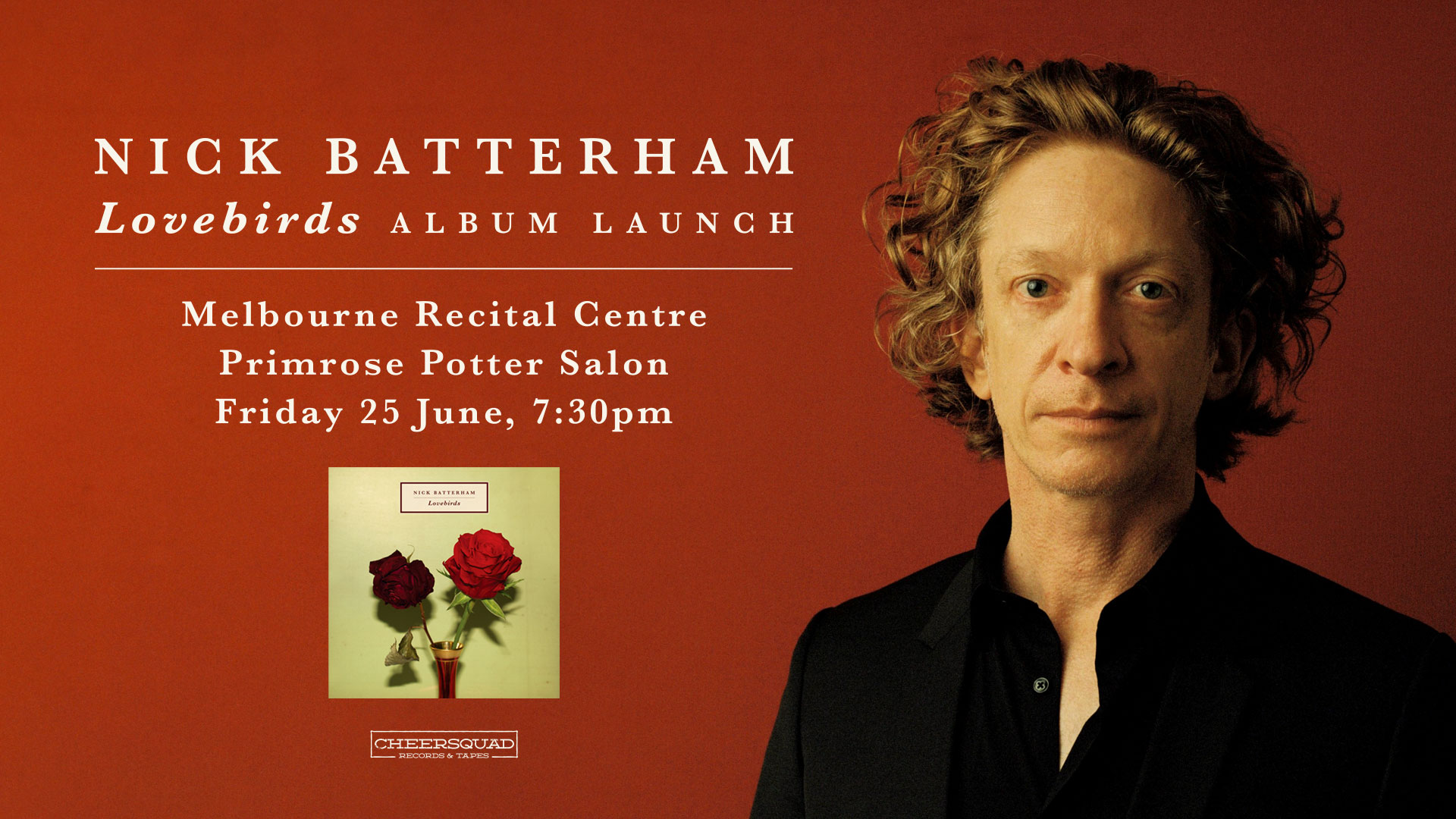 ‘Thirty Four’ is out now via Cheersquad Records & Tapes 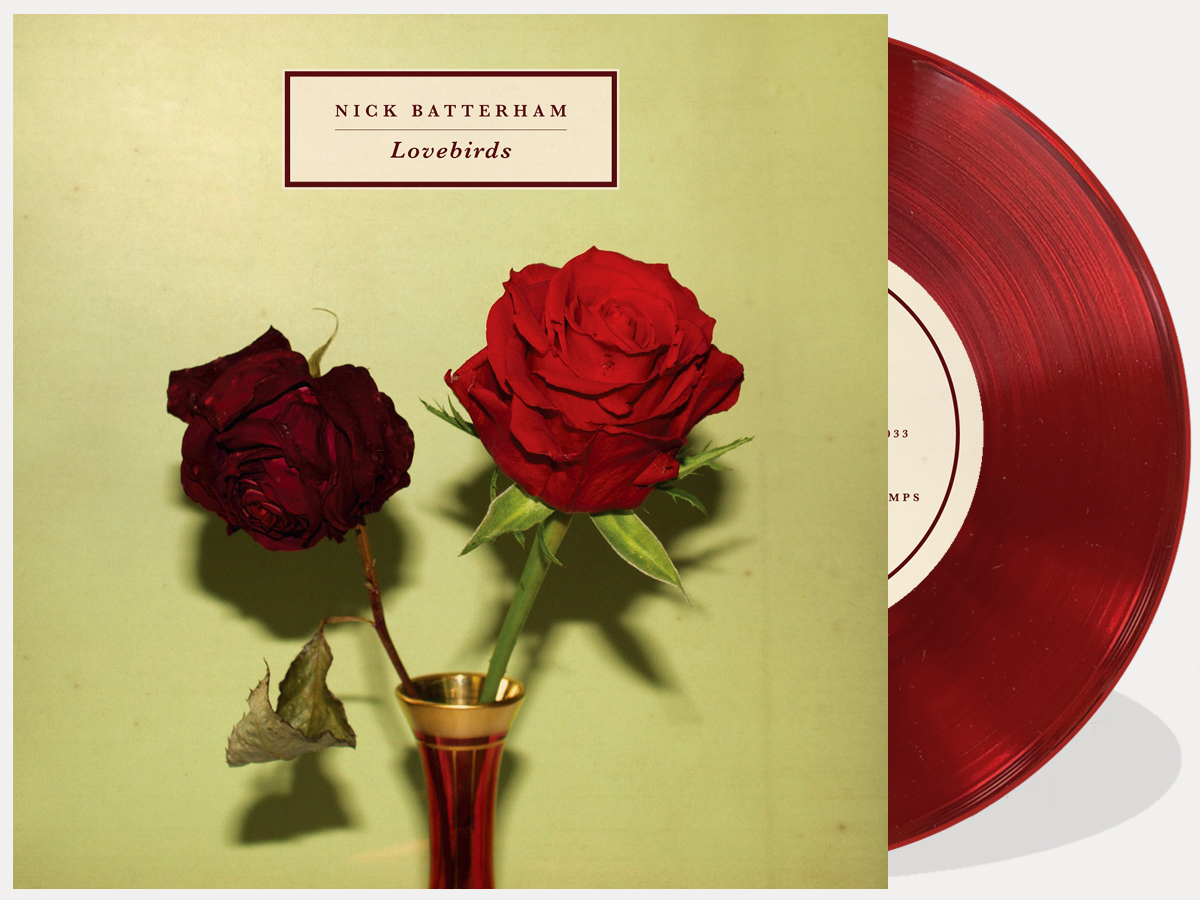 Lovebirds Tracklisting
1. Turbulence
2. Graceful Lady With The Lamps
3. Pretty Lights
4. No Perfect Man
5. Thirty Four
6. It’s Over
7. The Bright Side Of Me
8. Follow The River
9. Galaxy
10. Lovebirds
11. Broken Tambourine

THIRTY FOUR LYRICS
Flaked on the bed beside me
Your stockings are through
Now could your lonely dream be true?

Thirty four
In love no more
Now could your lonely dream be true?