National Sorry Day is a day to commemorate those taken. But ‘sorry’ is not enough – we need action

This article contains mentions of the Stolen Generations, and policies using outdated and potentially offensive terminology when referring to First Nations people.

Yesterday was National Sorry Day. On this day, we commemorate Aboriginal and Torres Strait Islander people who were forcibly removed from their families under government policies during the Assimilation era (officially 1910-70).

Those children stolen from their families have become known as the Stolen Generations. Many survivors have provided an account of the violence they endured and the ongoing pain they experience as they try to find their families. While some have managed to find their families, many have not. This has left an indelible pain that resonates in all aspects of their lives.

While this is a national day of commemoration, shamefully, it barely rates a mention in the media. Aboriginal and Torres Strait Islander people and communities however, never forget. How can we, when so many of our families have been impacted by this legacy?

The exact number of children who were removed may never be known. However, there are very few families who have been left unaffected. In some families, children from three or more generations were taken.

On this day, we acknowledge the ongoing grief and loss experienced by many individuals and families, and we recognise the pain and intergenerational trauma that continues.

Oppression and discrimination of past government policies

Aboriginal and Torres Strait Islander people have been subject to various government policies that resulted in oppressive and discriminatory conditions. In what has been referred to as “The Killing Times” massacres of Aboriginal people occurred from 1788 to 1928. The survivors of this frontier violence were then subject to “protection” policies.

During this era, “protectors” were appointed, and Aboriginal and Torres Strait Islander populations were segregated onto reserves, missions and government settlements.

This time of “protection” was not an era of benevolence. Beginning in the late 19th century, the “protection” era involved controlling every aspect of Aboriginal and Torres Strait Islander people’s lives. This included forced confinement, institutionalisation and forcible child removals.

But this was never the case. Aboriginal and Torres Strait Islander people had no say on this policy, nor any freedom to decline it. The notion they were ever intended to enjoy the same rights and privileges as white folk is a lie.

On #SorryDay we remember the systematic racism and oppression of Aboriginal peoples under government policies and pay our respects to the Stolen Generations. Sadly though, current statistics remind us the unwarranted removal of our kids from communities isn't a thing of the past. pic.twitter.com/ERcORoxSVS

Almost a decade after that, on February 13 2008, then Prime Minister Kevin Rudd delivered an apology to members of the Stolen Generations. This is often heralded as a historic day, and indeed it was important for people who had been impacted by being forcibly removed from their families to finally have a government tell the truth. Rudd, however, firmly stated the government had no intention to consider compensation.

‘Sorry’ means you don’t do it again

Every year, we report that more of our children are permanently disconnected from their family and culture.

Aboriginal journalist Allan Clarke has referred to the growing number of our children in out-of-home care as a terrible crisis that has continued since Aboriginal and Torres Strait Islander children were first snatched from their families almost a century ago.

Commemorations such as Sorry Day serve as a permanent link between present and past generations – committing them to memory and assigning them with importance, meaning and purpose.

National Sorry Day commemorates not only the past but the continuity of injustice borne by Aboriginal and Torres Strait Islander peoples. All the “sorrys” in the world won’t provide justice, support or compensation for Aboriginal and Torres Strait Islander people who were forcibly removed from their families. Remembering this significant day is the least we can do. 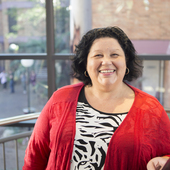 Bronwyn Carlson does not work for, consult, own shares in or receive funding from any company or organisation that would benefit from this article, and has disclosed no relevant affiliations beyond their academic appointment.